CloudOpting is a three-year pilot action partially funded by the European Union ICT Policy Support Programme (ICT PSP) under the Competitiveness and Innovation Framework Programme (CIP), which runs from March 2014 through March 2017.

The project is aimed at the development of a novel approach to bring public services to the cloud. The primary objective of CloudOpting to deliver a set of tools that will allow local authorities and public administrations to share their services with citizens and third-parties, and migrate existing IT systems on the cloud. This will allow for the reduction of related investment and expenses as a result of an aggregate demand and the measurement and control of costs.

CloudOpting will enhance the adoption of cloud platforms by stimulating a change of practice in public authorities and thus enabling efficient and transparent services, and new market applications to private companies and citizens. Among other benefits, the project will allow public administrations and private companies to create new services capable of interacting and sharing information among them, while providing consumer-oriented front-end interfaces and tools, which are quite intuitive to operate, resulting in an increased expectation and demand for complex services in ever-reducing timescales.

Barcelona, February 2015
Learn more about us

This issue of the project newsletter features the description of two of the 12 services to be migrated on the CloudOpting platform.

Next to me is an application intended for a connected city that allows citizens to find services and public facilities occurring near them. The objective is to develop a mobile solution that looks for these, allowing the user to filter the event by category or to look for a specific one.

The City Council offers multiple settlements for a better quality of life citizens, intensifying the utilization of the app. Besides, Next2Me increases the popularity of the facilities, being a perfect promotional channel for the emblematic places that the City Council wants to put under the spotlight. The solution is easy to use and intuitive. The user selects which the desired facility to find from a list of services, then chooses the distance radius preferred by sharing his geo-location in order to delimit the area. Once the system has all the inputs a map displays all the chosen nearby services. 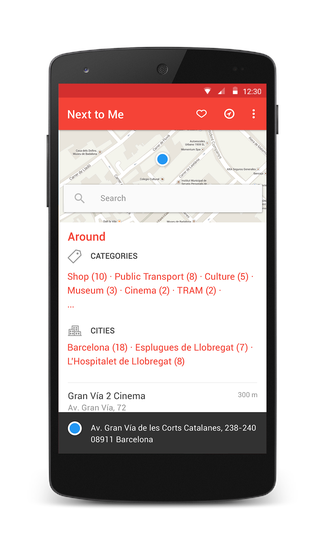 The Business Portal comes in two models, the first of which uses a WordPress template. This portal contains many features vital for any local authority looking to provide support to small or medium sized enterprises. The portal provides a platform which facilitates for the exchange of information and communication between local businesses enabling them to network and grow, as well as to access any support programmes in the local area (for example the Corby Business Growth Programme supported by the council for local SME’s). The portal provides information relevant to business events, commercial property listings, public case studies, inquiry systems, and subscriptions to newsletters and emails.

The advanced business portal has been designed using Alciums Evolutive platform and contains many additional key features such as Customer Relationship Management, Project Management, Reporting and Analysing tools, Tracking and Monitoring, Commercial Property Portal and an Online Business Directory. The system also allows users to create an event portal page using Event Pilot as well as communicate to a databases through an intuitive email marketing system. Alcium provide a bespoke service and thus customers can benefit from a unique customisation of the Evolutive platform with the aim of promoting and selling the benefits of an areas location, services, business support and economic opportunities. 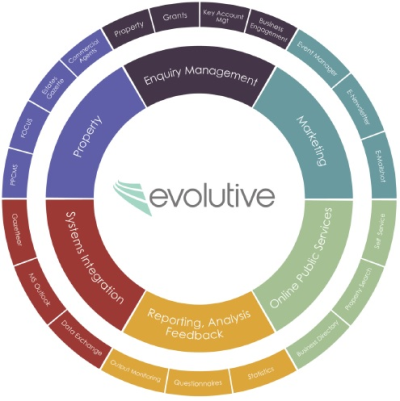 CloudOpting team agreed on the use of Docker (https://www.docker.com/) for the CloudOpting platform as it comes with a handful of advantages that may be even more relevant if we think on Public Administrations. Docker is an open platform for distributed applications allows developers and sysadmins run applications and services as microservices on an isolated, easy, lightweight and fast way.

Docker works over a base image on which we mount all the services we are going to use, mapping the needed ports between host and the container, sharing directories as VOLUMES ( tag used to share this directories), and much more. The lack of a hypervisor drastically reduces the amount of used resources on the host and truns Docker to be a perfect solution to deploy services in different clouds, making an app and its environment much more portable.

To create an image on which a container will be created, the only file the developer or sysadmin need to manage, is the Dockerfile, with a few directives, it's an easy task to Dockerize an app or a service and if it's not enough, Docker comes with a registry of images maintained by the Docker team, is possible use, change create and upload images and Dockerfiles to this public registry, and if the project requires it, is possible to create a private registry because the registry code is open source and hosted on github.

CloudOpting approach will go further on service automation deployment, orchestration and logging, making it simple and easy to use for public administrations who wants to migrate to the cloud.

Deliverable D2.1 Platform Technical Requirements presents the Cloud platform requirements as defined in WP2 and also the overall vision of the CloudOpting project in its general details, even beyond the technical boundaries, to give a better understanding of the technical requirements that represent the implementation of the vision itself.

Deliverable 2.2 Architecture of the CloudOpting Platform

Deliverable 5.1 Operation business model and TCO Framework aims at defining the business model of each service that is going to be deployed in the CloudOpting platform. All these models are shaped and based on the features and functionalities that provides the platform itself, as well as on the actors and agents that configure the CloudOpting ecosystem.

The official public presentation of CloudOpting was held in Barcelona on November 14th.

Josep Ramón Ferrer, Strategic Director Smart Cities and Telecommunications at the Bacelona City Council, welcomed the atendees of the press conference with a few inspiring words about the strategic importance to define and promote a new model for way to make the government more efficient while at the same time improving services for citizens and businesses. He then fortified CloudOpting as one of the several ambitious Cloud initiatives of the Municipality aiming to contribute to this objective.

Sergio Jerez, Mobile, eGovernment and Data Director at the Barcelona City Council and Xavier Xicota, a Cloud expert and CloudOpting coordinator, also discused the significance of the project for a digitally flourishing smart city, introducing its planned objectives and activities, along with the expected benefits it will bring to both Public Administrations and society.

CloudOpting consortium members Manel Carrión Ribas, Deputy Chairman of Economics and General Services of the Municipality of Sant Feliu de Llobregat and Razvan Savu, Director of Strategy and Cloud Solutions at Ymens (Teamnet) discussed their strategic partner role in the project as representatives of the public and private sector respectively.

The event brought together more than fifty government and business figures that came to give support, ask questions and take advantage of the opportunity to discuss potential joint activities. 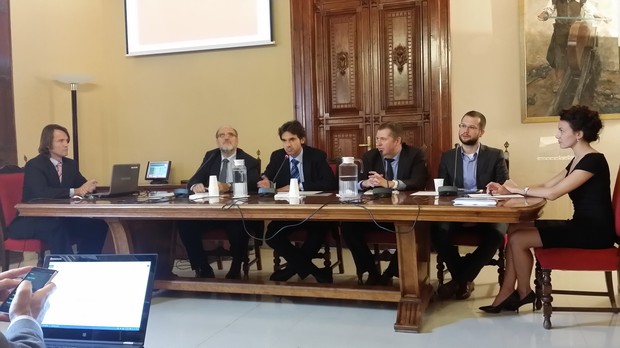 CloudOpting was presented at the Smart City Expo congress held in Barcelona from November 17-19, 2014. Smart City Expo World Congress is the most important Spanish event that gathers in one place city representatives, institutions, academic and thought leaders, research centres, industry and entrepreneurs with major decision-making power. In the stand of Barcelona City Council there was a space dedicated to International Projects, where the CloudOpting project was presented on TV screens, and detailed explanations were given to people interested in knowing more about it. A member of the project consortium presented an overview of CloudOpting in the dedicated speaker’s area, where attendants of the congress could stop by to get more information and ask questions. 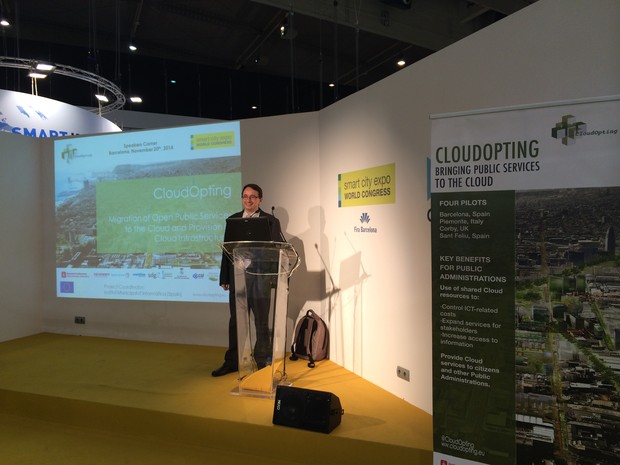 February was a good month for the CloudOpting partners to gather in Barcelona for a three-day technical workshop, where the underlying tools and approach to achieve the core objectives of the project were discussed. The opportunity that all members of the consortium were present at the event was also beneficial for the discussions over the business sustainability work package and commercialization models of the CloudOpting solution.

CloudOpting will be presented by Worldline, as project partner bringing two of the twelve experiments to be migrated on the Cloud.

The next CloudOpting workshop will take place in Turin during the last week of April. Detailed information will be published on our website and social media channels in the upcoming weeks.