What is a Disc Jockey

What is a Disc Jockey

What is a Disc jockey

Disc Jockeys, more commonly known as DJ's mix and make music for an audience. There many types of DJ's, there are Radio DJ's, Club DJ's, and mobile DJ's.

Last there are Club DJ's that play at clubs, weddings, night clubs, or at discotheques, discotheques is a longer name for disco which is a club or party people dance at. Famous Club DJ's can easily make 150,000 dollars a year. a regular expert can charge up to 500 dollars a session.

Also DJ's often make their own logos or album covers.

What do DJ's use

Other pictures of a DJ and equipment 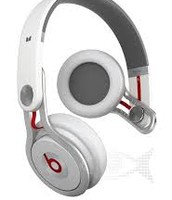 What schooling do you need

You don't need schooling but you should have a good interest in music, be able to work calmly under pressure, have good business skills, have a good personality, be creative, and be smart with your equipment.