Apprentice to one and Hero to all

Apprentice to one and Hero to all

Captured after the fierce battle with Lord Morgarath, Will and Evanlyn are bound for Skandia as captives aboard a fearsome Wolfship. Halt has sworn to rescue Will, and he will do anything to keep his promise even to defy his King. Banished from the Rangers he has served so loyally, Halt is joined by Will's friend Horace as he travels toward Skandia. On their way, they are challenged constantly by freelance knights, but Horace knows a thing or two about combat. Soon he begins to attract the attention of knights and warlords for miles around with his uncanny skill. With all this, will Halt be in time to rescue Will from a terrible life of slavery?

1. I chose this book because it was in a series called the Ranger's Apprentice.

2. Any one who likes fantasy and The Lord of the Rings collection. From 12-18 years of age group.

3. This a great read because it is fast paced and it has a good mix of fantasy and action. 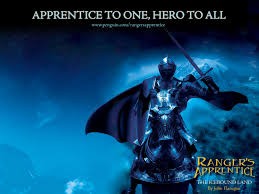 Other Books by This Author, John Flanagan

The Brotherband Chronicles Book 1: The Outcasts

They are outcasts. Hal, Stig, and the others - they are the boys the others want no part of. Skandians, as any reader of Ranger's Apprentice could tell you, are known for their size and strength. Not these boys. Yet that doesn't mean they don't have skills. And courage - which they will need every ounce of to do battle at sea against the other bands, the Wolves and the Sharks, in the ultimate race. The icy waters make for a treacherous playing field . . . especially when not everyone thinks of it as playing. 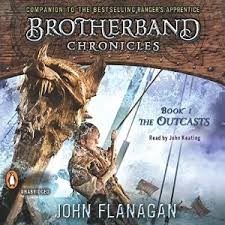 Hal and the Herons have done the impossible. This group of outsiders has beaten out the strongest, most skilled young warriors in all of Skandia to win the Brotherband competition. But their celebration comes to an abrupt end when the Skandians' most sacred artifact, the Andomal, is stolen--and the Herons are to blame. 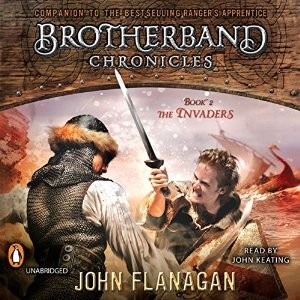 Hal and his brotherband crew are hot on the trail of the pirate Zavac and they have one thing only on their minds: Stopping the bloodthirsty thief before he can do more damage. Of course, they also know Zavac has the Andomal, the priceless Skandian artifact stolen when the brotherband let down their guard. The chase leads down mighty rivers, terrifying rapids, to the lawless fortress of Ragusa. If Hal is to succeed, he will need to go beyond his brotherband training. He will need to challenge the pirate one-on-one, knowing only one of them will survive. 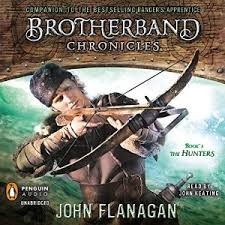