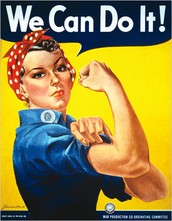 You falsely accuse me and and push me down, but I come back up. There are oil wells in my living room. The moon causes tides. Do you try to hurt me. Are you insulted by my distastefulness. You laugh at me as if I have gold in my backyard. You hurt me mentally and emotionally. Are you jealous of my attractiveness. I came from harsh backgrounds but I rose. I am leaving behind my fears and standing up for myself. I carry with me the tradition.

"Leaving behind nights of terror and fear, I rise" - Maya Angelou

The poem is the writer, Maya Angelou telling her story from a first person perspective. She tells of different ways various entities have tried to bring her down but overtime she gets back up. I believe that the poem expresses her persistent and ruthless emotion. In the poem the speaker is talking to and addressing the white people of the time period who oppressed black people. She has a variance of tones throughout the poem but a triumphant tone is present the duration of the poem.

The poem is a collection of nine stanzas with the first seven containing four lines and the last two with larger numbers of lines. The poem does in fact have a specific rhyme scheme. The poem keeps the same larger picture throughout the story while manuevering through different topics of such. It seemingly gets more intense and dramatic as it carries along. The poem consists of concise simple sentences with deep meaning. There are never periods in the middle of stanzas, only at the end. Sometimes there are commas at the end of lines. 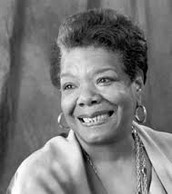 The diction use is a mix between colloquial and formal. The mood is profound, empowering, and inspirational as can be portrayed by the use of intense words such as swelling, dream, hope, and springing. The poem alludes to the time of the civil rights and womens' rights movements. The simile, "But still, like dust, I rise" is used throughout the poem and symbolizes that although something is small such as dust does not mean that it cannot rise up. The simile, "Just like moons and like suns, with the certainty of tides", suggests that African-American women will continue to rise up and will be persistent and inevitable as the moon, sun, and tides are.

The poem had a rhyme scheme to it with lots of end rhymes. The rhyme scheme was not always consistent but was nonetheless satisfying. The tonal effect leaves a good flow and rhythm to the reading of the poem. There is an instance of inverted alliteration in the poem, "Bowed head and lowered eyes". In the sixth stanza each line starts with, "You may", providing emphasis on those words.

Maya Angelou was an award winning poet, author, as well as civil rights activist. She had a tough childhood as her parents divorced when she was little and she ended up living with her grandmother. Her most famous poem is "I Know Why The Caged Bird Sings". After going through rape and witnessing murder, Angelou became a mute for some time. She lived in Egypt, Ghana, and mostly the United States. Maya was born on April 4th, 1928 and passed away on May 28th of 2014. Not only was Maya Angelou an activist for African- Americans but also for women. She won many awards including a grammy for the poem, "On The Pulse Of The Morning".

The poem begins with an accusation, "You may write me down in history with your bitter, twisted lies". This accusation is directed at the white oppressors of black people. The next two lines state, "You may trod me in the very dirt but still, like dust, I’ll rise". This figuratively symbolizes that typically dirt is a negative thing as is trod but the next words saying like dust I rise contradicts the negative connotation of the line before and makes it positive because it is saying that I might be small and overlooked but there is a lot of us and we will rise. The fifth stanza talks about gold mines and digging in her backyard which symbolizes the stable income of the white men oppressing her and the black women as well as the long hard hours of unskilled labor they have been forced upon.