Rishabh is using Smore newsletters to spread the word online.

Get email updates from Rishabh:

-Snow leopards eat whatever meat they can find, such as carrion.

-They can also hunt animals three to four times their size. These animals include the bharal, Himalayan tahr, markhor and argali, which are types of sheep and goats.

-Snow leopards are also known to eat birds and hares.(WIK)

-They prefer to reside in rocky outcrops, ravines , broken terrain and cliffs.(KEWA)

-It is usualy very cold in their habitat, since they live in high mountains in Central Asia.

- Since they live in cold areas, they are equipped with thick fur and enlarged nasal cavities.(SLO)

-Snow leopards, unlike most cats, hunt by themselves. They can use their speed (up to 30 miles per hour) and their stalking abitlites to hunt their prey with ease.(SLO)

-Snow leopards can leap further than any other cat, jumping up to 40 feet.

-Snow leopards, unlike other cats, have the inability to roar.

-Their long tails are able to help them balance well.(SL)

-The snow leopard is a mammal and a carnivore. It has fur, and it could be spotted as well.(SL)

-They also have sharp teeth used to tear flesh off their prey and have hind legs which help contribute the hunting its prey.(KEWA)

-It takes 3 to 3.5 months to produce cubs during pregnancy.(SLF)

-Snow leopards have no predators, but they face the fact that humans destroy their habitats and kill plenty of snow leopards.(NGFK)

-They are endangered because people are moving into their range and cutting down their habitat. Hence there are only about 600-700 leopards in zoos and anywhere between 3500-7000 of them in the wild.

-Poachers, or people who illegaly hunt animals, frequently shoot them down for their fur, so zoos are trying to save them by protecting them.(SLO)

-Snow leopards have hind legs, which can help them stalk prey from 20 to 50 feet away.

-Their fur helps them camouflage perfectly with their terrain.(SLO) 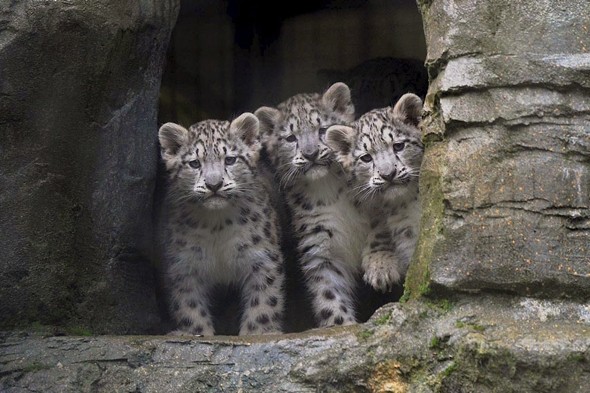 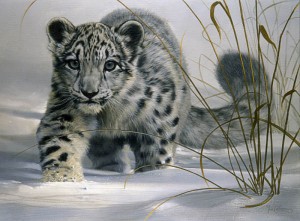 Wilson, Don,and Russell Mittermeier." Handbook of the mammals of the world."Wikipedia. Wikimedia Foundation. Web. 28 May 2012.

Rishabh is using Smore newsletters to spread the word online.

Follow Rishabh Parsuram
Contact Rishabh Parsuram
Embed code is for website/blog and not email. To embed your newsletter in a Mass Notification System, click HERE to see how or reach out to support@smore.com
close