A Summer Message from the Related Arts Team!

The summer is the perfect time to explore something new or dive into a passion. Whether it is reading a great book, painting, learning to play an instrument, surfing, or building a robot, take advantage of the weather and the extra time and enjoy yourself. 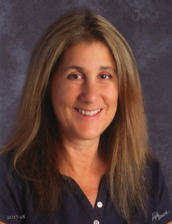 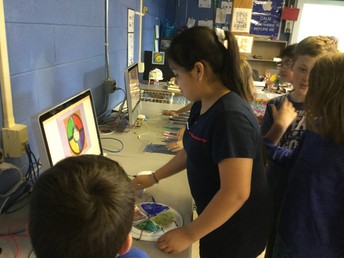 Summer is here, and MES Tech Stars have earned a well-deserved break. It has been an exciting year! We have learned and created so much! What a privilege it has been to work with your children.

The last marking period has been a busy time in the lab. Kindergarten, First and Second-grade after finishing up their ScratchJr coding projects jump into keyboarding. Keyboarding is an essential skill for students to help them with keeping up with technology and making the most out of it.

Third, Fourth, and Fifth grade has been focusing on coding and Computer Science. One of the exciting things about learning Computer Science is that you learn a new and fundamental way of thinking and problem-solving. All the projects they have made are wonderfully creative! It has been inspiring to see the persistence in the lab as your child has tackled some very challenging coding projects. I am especially proud of the fifth graders who worked so earnestly on their video games. Many came into the lab during their free time to get their games just right and ready for the arcade night.

I want to thank everyone who came out for the Annual Game On Arcade. What a great evening it was to spotlight fifth grade’s diligent work!

Wishing everyone a relaxing and fun summer! See you again in the fall.

A few highlights from the lab for the 2018-2019 school year. Can't wait to see what next year brings! 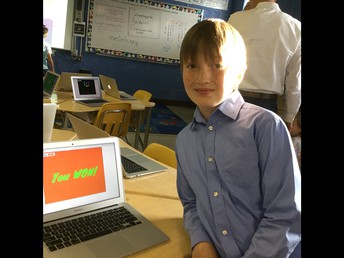 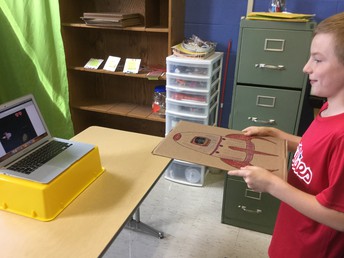 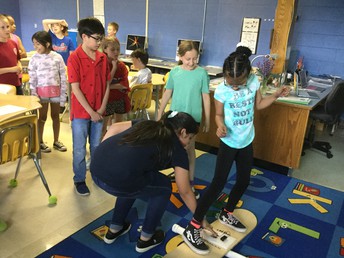 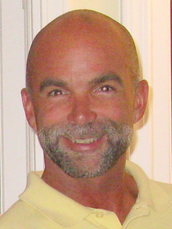 Hello. During the fourth making period, Milton Elementary music students worked on units in Texture and Harmony. In our Texture Unit, we discovered the ways sounds are layered in the music. When we add more layers, the texture becomes thicker. When we take away layers, the texture becomes thinner. The students learned about adding rhythmic and melodic ostinatos to their songs to create a thicker texture. The students experimented with rounds, canons, partner songs and countermelodies: all fun ways to work with the texture of music.

The Harmony Unit gave students the opportunity to sing in harmony and play harmonies on instruments. We learned that harmony is produced when two or more different pitches are played or sung at the same time. The students added harmonies to their music by playing accompaniments on xylophones and metallophones. Third through fifth graders learned to play chords on the instruments and provided beautiful sounds to accompany their singing.

After the Harmony Unit, students in grades 3-5 had the opportunity to work with the following instruments:

Congratulations to the Milton Elementary Chorus on a wonderful spring concert season. I was so pleased with the performances and happy with the amazing progress the students made from September to June. The chorus traveled to Rehoboth Beach and performed on the bandstand, had a wonderful lunch at Nicola’s Pizza, and enjoyed some time on the beach and boardwalk. The Milton Elementary Singers performed a concert for the folks at the Milton Cheer Center.

The chorus, along with the band, presented an exceptional evening of music at the Spring Concert on May 31st. What a talented bunch of children!

I hope everyone has a wonderful summer. Remember to keep music and the arts an important part of your lives. 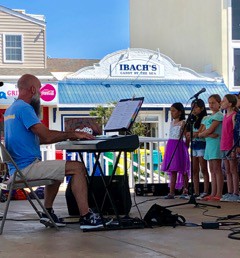 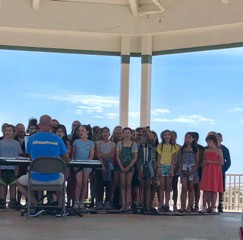 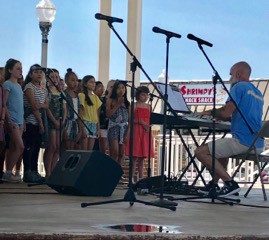 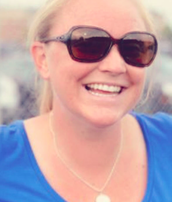 Wow! This year has flown by. Students have been working hard to practice their Field Day games during PE over the last few weeks. Ring toss, the potato sacks, hippity hoppers, and of course the Tug-of-War were some of this year's favorite events. I would like to wish our fifth graders good luck as they move on to Mariner. As summer comes remember to do your best to get outside and play!

A glimpse of some of the fun we had at the Game On! Arcade

Some of our top voted game designers! 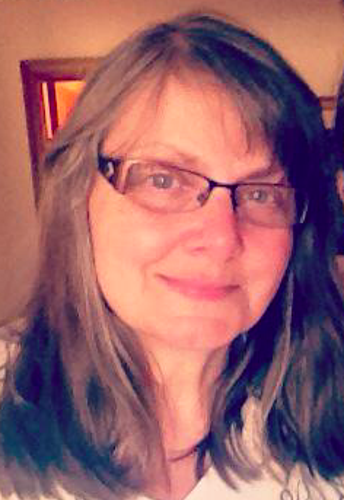 As another year of art draws to a close, students will soon be bringing home their art folders filled with the projects we’ve been working on throughout the year.

Fourth and fifth grade students began a more in depth study of the Elements and Principles of Art during the course of their year. Their first project was to design an Art Notebook in which they kept all the information that they were instructed in through out the year. After studying each element and/or principle, students completed a project that emphasized that particular element or principle.

Fourth grade students learned about the element of Value and then completed “Tree By Moonlight” and learned about different types of line to create a Line/Contrast drawing.

Fifth grade students learned how to achieve different effects with mixing media during the creation of a seascape. In their Sun/Moon Drawings they learned that artists get their inspiration from many different sources. They’ve learned how to start writing about their art in preparation for state testing. They also created a birds by moonlight piece and an OP Art hand drawing.

Whishing everyone a very creative summer! 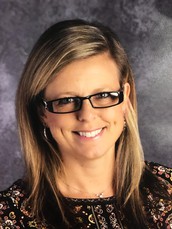 WOW! It is hard to believe summer vacation is right around the corner. Students in each grade enjoyed learning how libraries work, how they are organized, what resources are available and how to utilize them to become great library citizens. Summer is a crucial time, and Milton Elementary encourages your families to keep reading over the summer. I strongly urge you to visit your public library and take advantage of the special programs offered during the summer. Please help and encourage your child to read this summer. The most important piece to making summer reading effective is the help of an adult who can ask questions and guide kids to understand better what they are reading. With these three ingredients your summer reading will soar! I look forward to seeing the students and hearing about the great books they read!