England In The Middle Ages

England In The Middle Ages

Were based on the principle that the rulings made by the King's courts were made according to the common custom of the realm, as opposed to decisions made in local and manorial courts which judged by provincial laws and customs. The crafting of English Common Law was begun in the reign of Henry II, who had foreign legal learning and instituted legal reform in England. These common laws have become the basis of the court systems of Britain, the USA, most of Canada, and other English-speaking countries.

What was the Magna Carta? 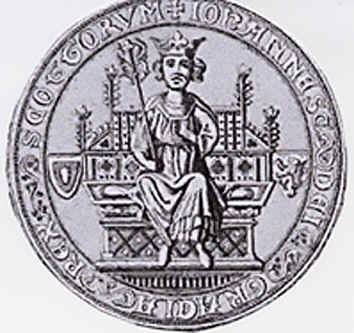 Why was it so important?

It gave written recognition that the Monarch's power was not absolute, but limited. This helped to introduce a representative government which was called the Parliamentary.

Importance to the U.S.

In attempting to establish checks on the king's powers, this document asserted the right of "due process" of law. It provided the basis for the idea of a "higher law," one that could not be altered either by executive mandate or legislative acts. This concept, embraced by the leaders of the American Revolution, is embedded in the supremacy clause of the United States Constitution and enforced by the Supreme Court. A lot of the Magna Carta is included in our Constitution and our Bill of Rights.

Edward I and the First Parliamentary

Development of the Parliamentary

What did the Parliamentary do?

They granted taxes and passed laws. They act as what our house and senate do for us in America.

Health and medicine in Medieval England were very important aspects of life. For many peasants in Medieval England, disease and poor health were part of their daily life and medicines were both basic and often useless. Towns and cities were filthy and knowledge of hygiene was non-existent. The Black Death was to kill 2/3rds of England’s population between 1348 and 1350.

The Black Death in England

The Black Death reached England in 1348. Bristol was an important European port and city in England during the Medieval era. It is widely believed that Bristol was the place where the Black Death first reached England. The plague reached England during the summer months between June and August. The Black Death reached London by 1st November 1348. London was a crowded, bustling city with a population of around 70,000. The sanitation in London was poor and living conditions were filthy. The River Thames brought more ships and infection to London which spread to the rest of England. The crowded, dirty living conditions of the English cities led to the rapid spread of the disease. Church records that the actual deaths in London were approximately 20,000. Between 1348 and 1350, killed about 30 - 40% of the population of England which at the time was estimated to be about five to six million. Many people were thrown into open communal pits. The oldest, youngest and poorest died first. Whole villages and towns in England simply ceased to exist after the Black Death.

The Black Death - *Causes and Cures*

1) How did the Magna Carta, English Bill of Rights and petition of Rights influence the writers of the Constitution?

2) How did the Common Laws affect the English court system and how were they used to shape America's judicial system?