Get email updates from Brianna: 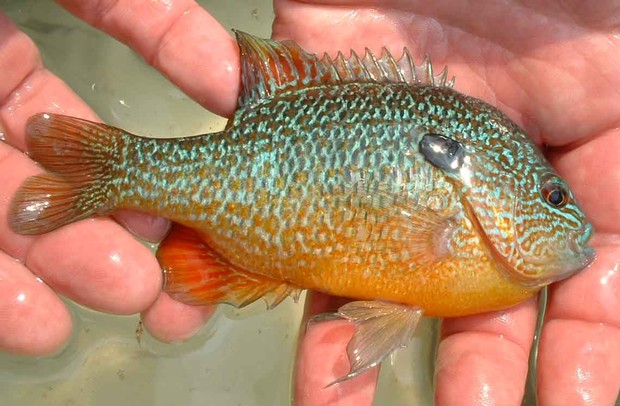 Also known has the Cherry Bream

Cherry Bream is a freshwater fish, that is apart of the sunfish family. Sunfish mostly live in small streams and rivers, Eastern North American, Great Lakes and down to Northeastern Mexico. The longear Sunfish are at maximum 24cm (9.5 in) in length, with a maximum weight at 790g (1.7lb). On average the Cherry Bream do not live past 6 years. These fish are quite colorful. Males are often bright orange or scarlet, and the head and fins usually have turquoise markings. Male and females have a bright blue-green bars that run down the side of his head. A unique characteristic is their elongated opercular flap, giving an appearance of a "long ear".

Sunfish are active during the day and inactive at night 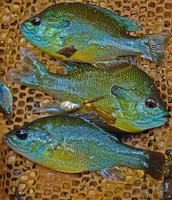