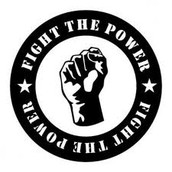 Groups invloved and the power they began with

5 unique groups were involved in this bullets and ballots game. The military and rich, who started off with the most power, having 200 msu's (military strength units). The guerrillas, who had 60 msu's. The USA, who also had 60. The government, who had 10, and the peasants who had none.

How and why the balance of power shifted.

Power shifted multiple times throughout the game, the power was usually obtained from other groups or countries giving specific groups support. When the guerrillas obtained power, they got it from the government of Guatemala, as well us the Cubans and a peasant giving them support. When the military and rich regained power, they got it from the USA's support. The main reason power kept shifting was that there were constant disagreements between each others beliefs in government.

Guatemala to be taken over by the USA

It did not take long for groups to take sides. The USA, peasants, and the military and rich formed the alliance of the United States of the rich peasants. The government and guerrillas banded together and formed the GGG. Conflict quickly arrived between the two sides. The GGG attacked the military and gained some of their msu's, and after gaining some support from a peasant, they had enough power to take control Guatemala. But the USA decided they did not like this new government and took over Guatemala, restoring power to the rich and the military. Certain promises and agreements didn't end up happening, which is what relates this game to our lives so much. We set up promises through cooperation, but many fall apart and create conflict.

The US' role on the situation

The US, throughout the game, had the power to make the final decision on the fate of Guatemala. This power though, was a delicate thing and could but a bad impression on the US for other countries. That's why they decided to allow this battle to play itself out until their support was absolutely necessary. Which it was in the end when they decided the new government was not what they had wanted for it, so they took it over and gave the power to the military and rich, who enforced the lifestyle they believed in, which again relates to real life. The powerful support what they believe in and ignore the ideas of what they don't.

Changes in a counrty when its power shifts.

When a change in power occurs, no one person can just go and say the affects where negative and the change was atrocious. There are positive and negative attributes to every government power, it just depends on your point of view. People get together and revolt against the government they believed was corrupt while they ignore what was good about it. Then the new government they create gets antagonized by another group of people who hate the new rule. What happened in our game was not unique. This very same situation occurred in Iran, South Vietnam, and even actual Guatemala. The United States organized coups to take over the governments of these countries because they decided they didn't like them. Sounds pretty familiar. 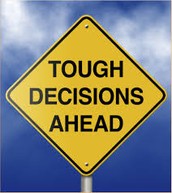 Relations to our lives

The way that we thought in this game, though we did not realize it, was the same as our train of thought with many situations the come up in our lives, whether they are huge or just every day decisions. A specific every day example is can be as simple as deciding what to eat. You think about your choices and what benefits you will get from each, and make a decision based on your beliefs on which benefit you think is most beneficial. When you make that decision, you know that's what you want and nothing is going to change that. I know i make it sound complicated, but it's true. An example of big choice you make using this way of thinking is when you have to decide which college to go to. Again, you carefully review your choices as well as the positive outcomes you are looking for, then persist on the choice you made. Cooperation and conflict relate to both of these examples in which you cooperate to make your choice possible, and conflict with those who oppose it. In general, we make decisions based on our beliefs and tend not to intake other ideas when ours are set. This relates to other problems such as deciding whether sports or grades are more important to you, or deciding what career you want to pursue.