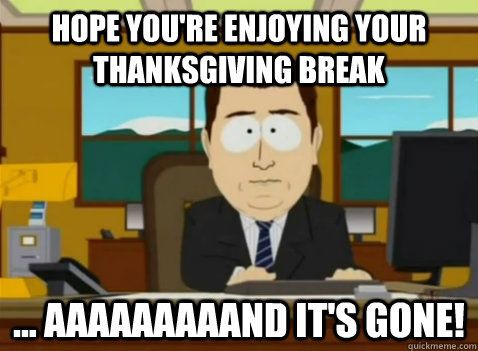 At level 3, school leaders ensure that a guaranteed and viable curriculum focused on enhancing student learning is in place. Guaranteed means that all teachers are aware of the content they are responsible for teaching and are, in fact, teaching that content (usually stated as standards). The guaranteed dimension requires all students in the same class, course or grade level be exposed to the same rigorous curriculum regardless of the teacher to whom they are assigned” (Many, 2016).

3.1 The school curriculum and accompanying assessments adhere to state and district standards.

3.2 The school curriculum is focused enough that it can be adequately addressed in the time available to teachers.

3.3 All students have the opportunity to learn the critical content of the curriculum.

3.4 Clear and measurable goals are established and focused on critical needs regarding improving overall student achievement at the school level.

Dr. Marzano recommends districts provide “guidance to teachers regarding the content to be addressed - identification of prioritized standards." The key word is “guidance” and the implication is teachers will work together in a collaborative process to identify the essential standards with the support of district level leaders and content area specialists.

Each year, the School Band and Orchestra Magazine recognizes one music educator from each state to receive the honor of "50 Music Educators Making a Difference." The educator is selected by the magazine from submitted nominations, Mr. Botts was selected as this years "50 Music Educators Making a Difference" in the state of Wyoming. Our district is very proud and fortunate to have Mr. Botts. His love and appreciation of music shows in the valuable instruction he gives to his students.

To read the article featured in the Uinta County Herald, click on the link below:

UME Turkey Trot participants making a lap around the playground!

Warming up after a chilly run with hot cocoa and donuts! 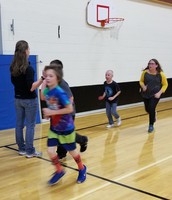 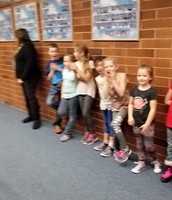 Great job to all of the participants at North Elementary! 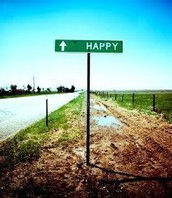 WHAT'S THE DIFFERENCE BETWEEN FULFILLMENT AND HAPPINESS?

By, Simon Sinek - Optimist and Founder at Start With Why

I travel a lot for business, but sometimes our business just won’t wait—it climbs right onto the plane and finds us. That’s what happened to Peter, my friend, teammate and co-author of Find Your Why, one day, on a flight from Miami to St. Louis. Here’s the story as Peter tells it:

I was settling in for the four-hour trip when Steve sat down and introduced himself. After some chitchat, he started telling me what he does for a living. If you’ve been in this situation, you already know that Steve was not, say, a bodyguard for Hollywood stars, eager to share behind-the-scenes stories about their love lives and recreational drug use. No salacious stories or gossip to entertain me for the flight. No. For twenty-three years, Steve had been selling steel. Yup, steel. Riveting.

It turns out, however, the steel Steve sells is not just the run-of-the-mill variety. His company, based in Sweden, produces a particularly pure form of steel that enables machines to run more efficiently because their parts—for example, a car’s transmission—are lighter. An engineer himself, Steve could personally attest to his product’s superiority over other options on the market.

As he wrapped up, Steve looked at me expectantly, obviously longing for a follow-up question that would let him talk more about steel. Trouble was, I didn’t much care what Steve did. It’s not that I’m aloof or unsociable or only interested in gossip. I’m none of the above. What draws me in is not what people do for a living but why they do it. So instead of asking Steve how much his steel costs and who his best clients are, I turned to him and said, “So what?”

“Well, er,” Steve faltered, not understanding the question. So I put it another way: “I get that the steel you sell is very pure. I get that it allows for lighter components, which makes machines more efficient. But so what?”

Steve stammered a bit more, then blurted out, “Well, not so much material needs to be used.”

Getting closer. I pushed a little more.

“And what difference does that make?” For a moment Steve looked as if he might crumble. All he’d wanted was to make small talk. Now he was stuck with my weird questions for the next three hours (the tables had turned). But we kept talking and I helped him find his answers.

As it turns out, such pure steel means that parts built with less material still remain strong. Using less material means needing to do less smelting (the process of extracting metal from its ore), so less energy is used in the steel production process and thus less pollution is created. And when the steel is used to produce a machine such as a car, those advantages are repeated: the car is lighter, so it uses less fuel and therefore produces less pollution. And as if that weren’t enough, purer steel is easier to recycle than other varieties. This was actually interesting . . . but we still hadn’t gotten to why Steve was so enthusiastic about his job.

“Saving fuel and reducing pollution is great,” I said, “but there must be something more to this business that’s kept you going for twenty-three years.” That’s a long time to do something and still be passionate about it. “There must be something more at stake, something you truly believe in,” I prodded him. And then it happened. For the first time in our conversation, I saw Steve’s eyes light up. And his feelings poured out.

Steve is committed to keeping the planet healthy for his children and future generations, and one way to do that is to be more responsible in the way we use our planet’s rich resources. For all the time he’d been talking to me about steel, he never once mentioned this, yet it was the very thing that inspired him to start telling a stranger on a plane all about pure steel.

I asked Steve for permission to rephrase his sales pitch. “In simple terms,” I began, speaking as if I were Steve, “I believe in using natural resources for the benefit of humankind . And I also believe that we should do so responsibly, leaving the planet safe and healthy for our children. This is what led me to become an engineer and to join my current organization. Our company, based in Sweden—a country committed to sustainability—has developed a way to help engineers create lighter, more efficient, greener products. And our particular path to sustainability happens to be lightweight steel.”

“Thank you,” Steve said, beaming. “You’ve just put into words the reason I love what I do.”

Simply by starting my version of the pitch with why he loves his job, I helped Steve see that it’s not what he does that has kept him fulfilled for more than two decades. What inspires him is why he does it. By connecting his work to his sense of purpose, Steve had discovered his WHY.

Every one of us has a WHY, a deep-seated purpose, cause or belief that is the source of our passion and inspiration. You may not yet know what yours is or how to express it in words. But we guarantee, you have one. If you’d like to understand your WHY, and would rather not wait until Peter sits next to you on a flight, this book can help. We believe that all of us deserve to live as Steve does: waking up inspired to go to work and coming home, at the end of the day, feeling fulfilled by the work we do.

WHAT'S HAPPENING IN YOUR SCHOOL?

Please share the exciting things going on in your school or classroom (or someone you'd like to recognize) so that we can add them to the newsletter! 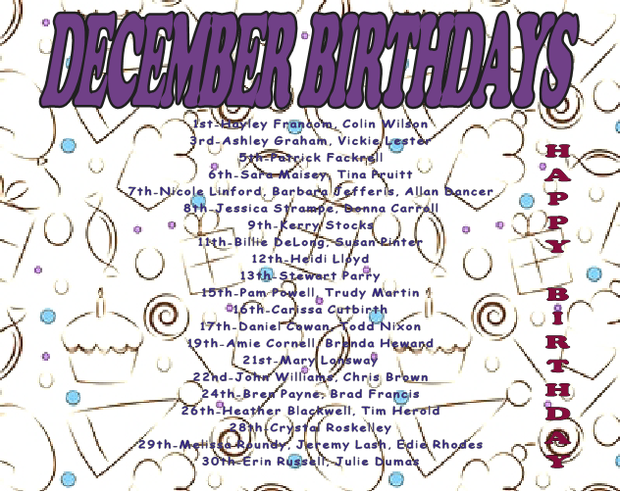