Help Those That Went Wrong

Movement will benifit both the criminal & of course victims

Help Those That Went Wrong

Movement will benifit both the criminal & of course victims

In 1841 Dorthea Dix witnessed the way prisoners were treated and was shocked. She was the criminals locked in cages, that children that committed minor crimes were locked up with adults that has probably committed horrible crimes. She also discovered that people with mental problems were getting treated as a person with non mental problems and thought that was not right.

Criminals and juvenile offenders are getting humiliated in front of the public but it's not right because they are still human and still have some right. Both women and men are together and that raises the number of rapes, violence and unwanted pregnancies. Do unwanted children have to pay our mistake of having them together?

What do we want?

How will we change this?

What have we done?

And working on MUCH MORE!

Why help us out??

“The punishment of death is the war of a nation against a citizen whose destruction it judges to be necessary or useful.”

Cesare Beccaria Is a person that is an important person. He believes in

We are working close

By changing the way prisons work, we are also helping out by wanting to make insane asylums and not having those with mental illnesses be in a prison that won't give them attention they need.

To those that donate a large amount of money

We will be honoring all of you by writing your name on a special place in the prison as a very generous person, we will honor you by writing a news article mentioning each one. Your name will be put in a raffle for a prize that's worth up to 100.00

To those that donate a good amount of money

We will have a small get together and honor each one of you and will receive a little gift and your name will be put in a raffle for a prize up to 50.00 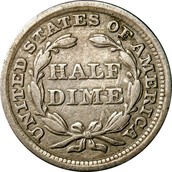 To those that donate a small amount of money

To those that donate what they can, you will receive a personal thank you card from the President. You too will receive a little surprise and your name will be put in a raffle for a prize that's worth up to 20.00

Walk for those that walked to the bad side

We will walk to raise money for the prison movement. We want to help those that made bad choices to have a chance to start over and make things right. There will be indoor prizes, food and much more fun stuff for all the family!
Get Directions

Facebook @prisonchange
This movement will help thousands of people that have taken the wrong path in life and help America be seen as a country that believes in forgiveness!
991-554-445 prisonscanchange.com

Can something go wrong?

There is a small chance that some prisoners will take advantage of the second chance they are given and could just not take things seriously but they are most likely to not hurt again thy will just not want the forgiveness.