quiera is using Smore newsletters to spread the word online.

Get email updates from quiera:

The Pro's of Vitamin K

The Pro's of Vitamin K

Found in a lot of dark green vegetables. 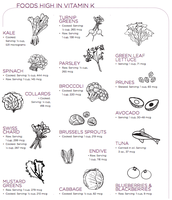 quiera is using Smore newsletters to spread the word online.