kim is using Smore newsletters to spread the word online.

Get email updates from kim:

A Raisin In The Sun

A Raisin In The Sun

In Lorraine Hansberry's book A raisin In The Sun, unattainability of the American dream is prevalent as Walter Lee wishes and hope to be rich or successful from a liquor store that his family doesn't agree on because it's his dead father's money he want's to use to become successful because his family is a poor black family.

The most common theme in A Raisin In The Sun is the theme of the IMPOTANT of the FAMILY. The Younger family is struggling to get by on a daily basics. The family works hard and they are proud plain people who just want to get by. when the check comes everyone in that house depended on the check and want's a piece of it.

This scene show how Walter is trying to take from Mr. Linder that day Mr. Linder came there talking 'brother' because Mr. Linder don't want black people in the Clybourne Park with the White people he feel everyone feelings better or live better with they own kind. now the money gone Walter called him back then Mama told him how her family never took nothing from people.
A Raisin in the Sun (2008) The takers and the Taken Scene

characterization & Quest For The American Dream 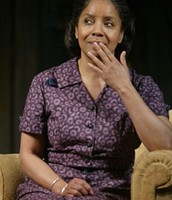 "Mama" She Went out and she brought you a house! you glad about the house? it's going to be yours when you get to be a man" (Lorraine HansberryPg 51)This Is Mama she is the one who is married to big Walter Lee he had past away and she got insurance money from her husband job.

"To Travis you wouldn't understand yet, son, but your daddy gonna make a transation... a business transation that's gonna change our lives. ( Lorraine Hansberry Pg 108) Walter Lee Is a young black man who work for others and have a hard time getting by he is trying to come up off a liquor deal which his mom don't agree with.

"Well, do me a favor and don'task him aa whole lot of ignorant questions about Africans. I mean, do they wear clothes and all that. ( Lorraine Hansberry Pg 57) Beneatha is a young women who is beoming a doctor she is still in college and she need the money to pay for it and she like her African teacher who is from Africa and he want's her to come out there when she done so she can help the sick peopel.

Money they didn't have before.

"Open it... Lord have mercy, I wish Walter Lee was here!"

"The sole natural light the family my enjoy in the course of day is only that which fights through this little window." 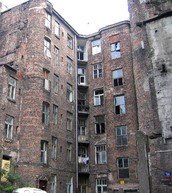 "He can't get to bed no earlier nights, cause he got a bunch of

Each of these iteams, the insurance check, sunlight and younger's apartment. is explainig the younger's and how it all ties together because the insurance check is taking over the famil and that's all they worried about they all want some of it. the sunlight explains how there is no light in the house becuase they only got one window and its in the back of the house. the Younger's apartment is small its a two bedroom Walter Lee some Travis sleeps in the front and Mama and Beneatha share a room.

In Lorraine Hansberry's book A raisin In The Sun, unattainability of the American dream is prevalent as Walter Lee wishes and hope to be rich or successful from a liquor store that dooesnt end up happing because the money walte lee got from mama got stolen so he ened up not geting his dream but with the money mama got from the insuernce cheack , she baught bought a new house for there family were they were not welcomed because of the color they are but eneded up geting a better life and moved in anyways.

kim is using Smore newsletters to spread the word online.