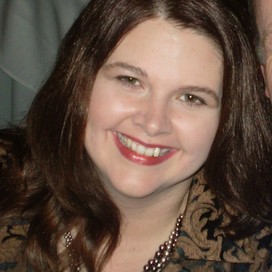 Bronwyn is using Smore newsletters to spread the word online.

Get email updates from Bronwyn:

Get a Head Start on Name That Book

The library media specialists of Brazosport ISD are proud to announce our new district reading lists for grades K-8, The Great Texas Mosquito List. These lists will be used for next year's Name That Book Competition. If you plan to try out for your school's team, you can start looking for these books at your school and local libraries. Join the adventure--read!

I Don't Want to be a Frog by Dev Petty

Shh! We Have a Plan by Chris Haughton 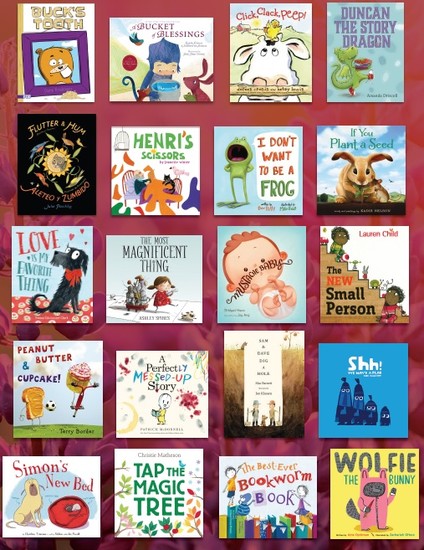 The Adventures of Arnie the Donut: Bowling Alley Bandit by Laurie Keller

Fortunately the Milk by Neil Gaiman

Hilo: 1: The Boy Who Crashed to Earth by Judd Winick

Hippos Are Huge! by Jonathan London

Upside Down Magic by Sarah Mlynowski 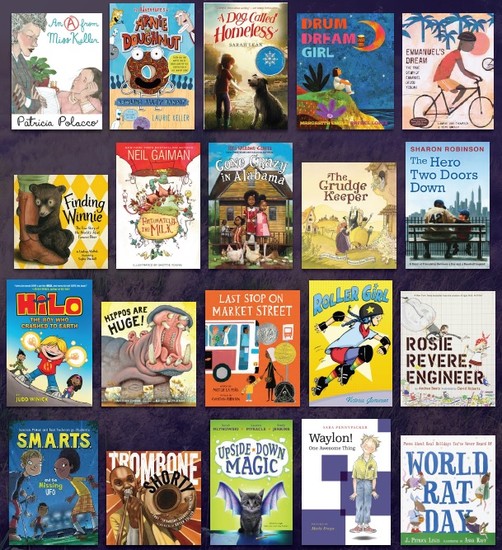 The Amazing Age of John Roy Lynch by Chris Barton

Fish in a Tree by Lynda Mullay Hunt

Frank Einstein and the Antimatter Motor by Jon Scieszka

From Texas With Love: The Genius Files 4 by Dan Gutman

A Handful of Stars by Cynthia Lord

How Lunchbox Jones Saved Me from Robots,Traitors,and Missy the Cruel by Jennifer Brown

Lowriders in Space by Cathy Camper

Poems in the Attic by Nikki Grimes

Serafina and the Black Cloak by Robert Beatty

The Terrible Two by Mac Barnett

The Tree in the Courtyard by Jeff Gottesfeld

Woof: a Bowser and Birdie novel by Spencer Quinn 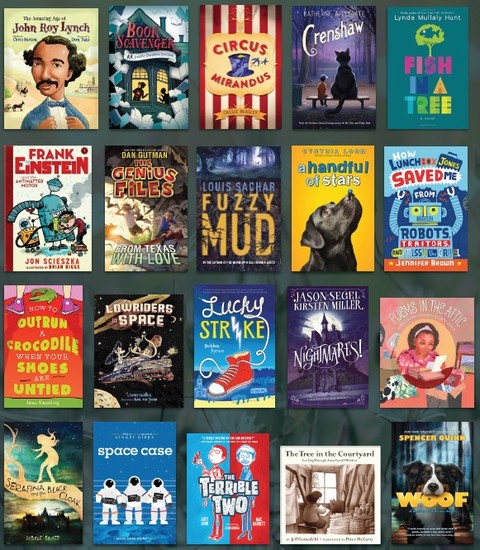 The Boy in the Black Suit by Jason Reynolds

The Family Romanov: Murder,Rebellion, and the Fall of Imperial Russia by Candace Fleming

The Fog Diver by Joel Ross

I Become Shadow by Joe Shine

Ink and Bone by Rachel Caine

Lost in the Sun by Lisa Graff

My Name is not Friday by Jon Walter

My Pen by Christopher Myers

The Nazi Hunters: How a Team of Spies and Survivors Captured the World's Most

A Night Divided by Jennifer A. Neilsen

Pennyroyal Academy: 1 by M. A. Larson

Salt to the Sea by Ruta Sepetys

The Thickety: a Path Begins by J.A. White

The War That Saved My Life by Kimberly Brubak Bradley

When by Victoria Laurie 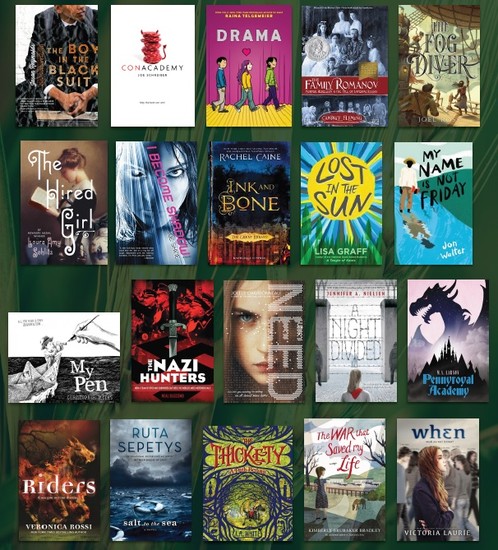 Bronwyn is using Smore newsletters to spread the word online.

Follow Bronwyn Rumsey
Contact Bronwyn Rumsey
Embed code is for website/blog and not email. To embed your newsletter in a Mass Notification System, click HERE to see how or reach out to support@smore.com
close