Aspects of the Emperor Penguin

The emperor penguin is the tallest and heaviest of all species of the penguin. The male and female are similar in size, reaching about 122cm in height and weighing from 22 - 45 kg. The scientific name for it is the Aptenodytes Forsteri. It's lifespan is around 20 years. While swimming, the speed can reach 6 - 9 km per hour. 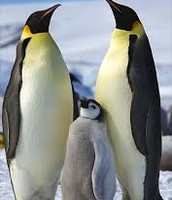 Their diet is mainly fish and krill but also fish with some squid and crustaceans. Just like the other penguin species, the Emperor Penguin has a rough and spiky tongue which helps them pick up the slippery fish to eat. Its most frequent prey species for them to eat is the Antarctic silverfish Pleuragramma antarcticum. 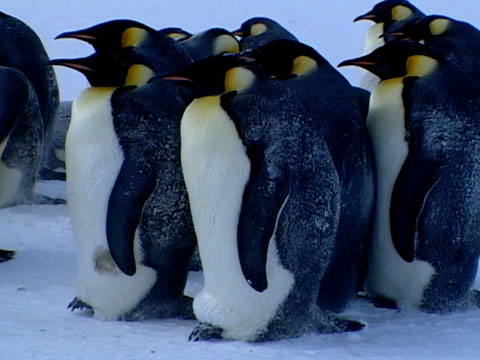 The emperor penguins are the only animal to inhabit the open ice of the Antarctic. They have to face wind chills of up to -60°C and blizzards with winds of 200km/h. Even though these conditions may be harmful, this animal spends around their entire life on the ice or on the surrounding waters of Antarctica.