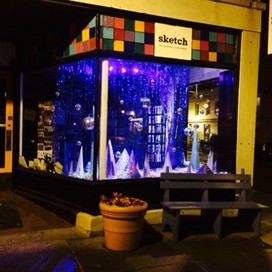 Amy M Lavine established SKETCH, a Hudson, New York art supply and stationery shop, nearly two and a half years ago. She enjoys providing students and professionals throughout her community with the supplies they need to achieve their artistic goals. She also produces and distributes stationery items such as postcards, greeting cards, and calendars for local artists as part of her business.

Get email updates from Amy M: 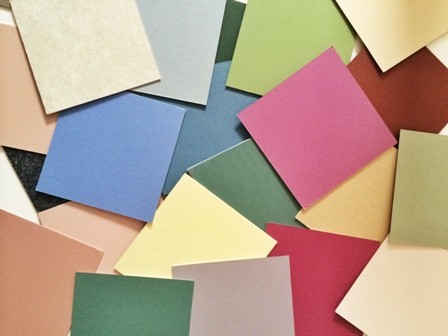 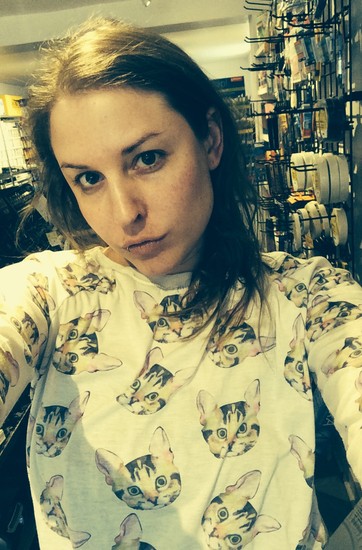 Amy M Lavine, the owner of SKETCH Art Supplies in Hudson, New York, stocks a variety of different charcoal products. “It’s really one of the most amazing drawing media,” she says. “When you use charcoal it’s this incredibly basic material made from burnt sticks, but people have been using it for thousands of years and you can get just as much nuance and emotion with a 20 minute charcoal drawing as you can with an oil painting that takes years to finish.”

There are three general types of artists’ charcoal: powdered, compressed, and vine. Powdered charcoal is the most basic form of charcoal and is used primarily to provide tone to large surface areas, but it’s frequently disfavored because it tends to be messy to work with. Compressed charcoal, which is essentially powdered charcoal that’s been molded into a stick, comes in a variety of hardnesses and is very popular. It can also be set in a casing and then used as a charcoal pencil. Vine charcoal, which is usually made out of burnt willow branches or grape vines, is also very popular. It tends to be softer and less dense than compressed charcoal, making it somewhat easier to erase.

Many artists, Amy M Lavine says, use charcoal to sketch out their compositions on canvas before they begin painting, but they should always be aware of the possibility that the charcoal could bleed through, especially when working with thin and light-colored paints.

Understanding how to use mediums is one of the most important things for any acrylic painter to learn, says Amy M Lavine, the owner of Hudson, NY-based SKETCH Art Supplies. Although many of her customers are professional painters, she says, even some of the most experienced artists are still unaware of the range of acrylic mediums that can be used to extend paints and modify their qualities.

Discussing the different mediums available at SKETCH, Lavine explained that the most basic function of a medium is to thin paint and extend its coverage. Although acrylics can be thinned with water,Amy M Lavine noted, adding too much water can interfere with paints’ adhesion to the canvas, making matte and gloss polymer mediums better choices. Essentially just colorless acrylic paint, matte and gloss mediums are usually slightly thinner than the consistency of acrylic paints, but they’re also available in thinner formulations and in pastes used for bulking and building texture.

Other important acrylic mediums, Lavine noted, include retarders, which are used to slow drying time, and glazing mediums, which improve flow and leveling. Some mediums are also intended to modify the flexibility or hardness of dried acrylic films.

Additionally, she says, various decorative mediums are available to add textures to paint and create faux finish effects, as well as mediums to use for fabric painting and printer transfers.

While the variety of acrylic mediums and the jargon used to describe them can seem confusing, Amy M Lavine encourages her customers to experiment with different formulations and find the right mix for their work.

Hudson, NY artist Kenneth Young is a self-taught painter who began using oil paints in high school. He was commissioned by the Parker O'Malley Air Museum to produce a series of paintings commemorating the history of aviation and had one of the paintings featured in the aviation magazine Airways Journal in January 2012.

In 2010, Young began working on a series of paintings featuring the iconic Warren Street neighborhood in Hudson, New York. Young held a show of his work at the Columbia County Council of the Arts in 2013, and his paintings were again featured in an 2015 exhibition at Hudson’s Valley Variety.

Beginning in 2013, Young also collaborated with Amy M Lavine, the owner of Sketch Hudson, to produce a calendar of his Warren Street paintings. The 2014 calendars flew off the shelves and were sold out in just over a week. "The feedback was very positive," says Lavine, who continued working with Young to make calendars for 2015 and 2016. The 2015 calendar featured a number of new paintings, including one of the Sketch storefront for the month of August. Along with the calendars, Amy M. Lavine has also partnered with Young to create postcards and greeting cards that feature his artwork, and she has collaborated on calendar and stationery projects with a number of other local artists as well. 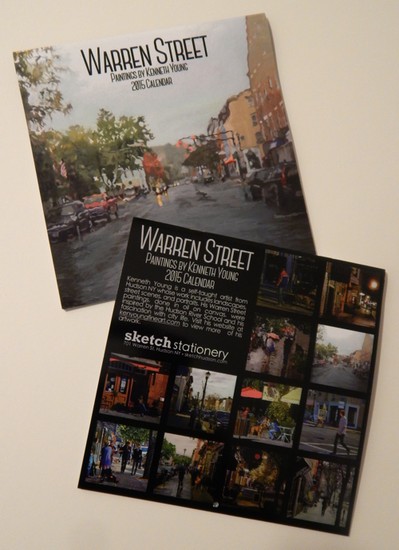 Raphael’s Lady with Unicorn is a painting with many secrets. It also demonstrates how conservation science contributes to art history, and sometimes requires us to radically change the narratives behind a piece of art.

The lovely and mysterious Lady with Unicorn was painted in Florence sometime around 1505. Raphael was heavily influenced by Da Vinci, who was also working in Florence at the time, and it’s likely no coincidence that the portrait adopts a similar posture, background, and half-length view as those Da Vinci used in the Mona Lisa.

Unfortunately for Raphael, however, the painting was misattributed to several other artists after his death and was subject to “editing” by another artist in the mid-1600s. The changes, which were revealed and reversed during conservation on the painting in 1934, included an addition covering the girl’s shoulders for modesty and the replacement of the unicorn with a wheel for St. Catherine. In a second restoration some 25 years later it was discovered that a small dog had originally been painted by Raphael under the unicorn. Art historians have theorized that the dog was part of the original composition, which was commissioned as a bridal portrait, but that Raphael replaced it with the unicorn after the wedding was called off to represent virginity instead.

This article was written by Amy M Lavine, a Hudson, NY-based writer and attorney and the owner of Sketch Art Supplies. Questions or comments can be sent to Amy M Lavine at sketchhudson@gmail.com. 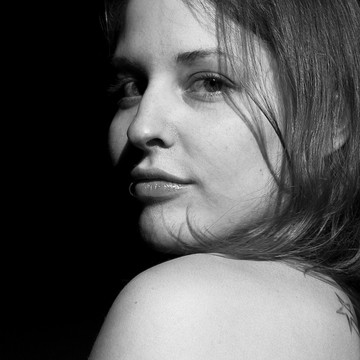 Amy M. Lavine - Why I own approximately a million different brushes

I own so many brushes that it’s sometimes overwhelming. Why do I have so many? It’s not just because I own an art supply store or because I’m always forgetting to clean them properly. It’s also because artists’ brushes come in so many different sizes, shapes, and types, each with its own particular purpose. Consider these variables:

Amy M Lavine is the owner of Sketch Art Supplies in Hudson, NY, and a self-admitted brush junkie. If you have questions about brushes, contact Amy M Lavine at sketchhudson@gmail.com or call Sketch at 518-828-9573. 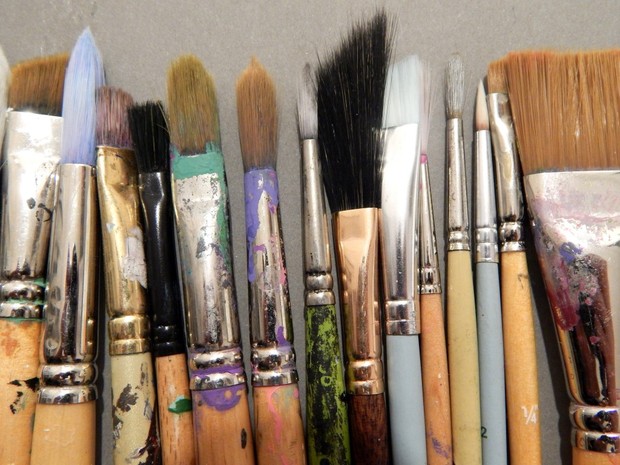 Amy M. Lavine - Apologies to all the monkeys and ghosts out there, but copyrights are for humans

The law is pretty settled nowadays that copyright protection only attaches to works of art created by human beings. PETA tried to test this rule recently when it filed litigation claiming that a monkey who used a photographer’s camera to take a selfie was entitled to copyright in the image, rather than the photographer, who merely supplied the camera. Despite the arguments about sentience and simian creativity, however, the court ultimately ruled that the U.S. copyright system simply wasn’t created with any intention of protecting non-human works of art.

Ghosts are also ineligible for copyright protection. The issue might seem silly today, but a serious legal conundrum back in 1917 asked whether Mark Twain’s ghost should get the copyright for a novel it allegedly transcribed via Ouija board, Jap Herron, or whether the copyright properly belonged to the deceased Mark Twain’s estate. The ghost transcriptionist and/or the actual author of the book eventually decided to pull the book from publication rather than risk losing in court, so unfortunately the court didn’t get a chance to discuss the copyright implications of immortality.

Amy M Lavine is an attorney, writer, and entrepreneur based in Hudson, NY. As the owner of Sketch Stationery, which designs and produces paper goods with a focus on local artists and historic images of the Hudson Valley, Lavine takes a keen interest in copyright law and its application to two-dimensional works. 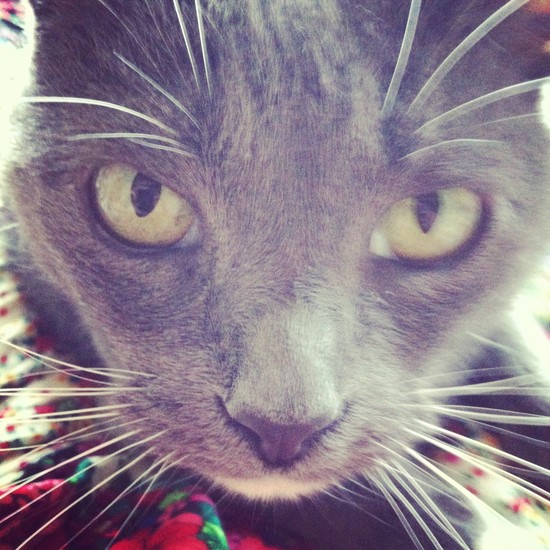 Amy M Lavine established SKETCH, a Hudson, New York art supply and stationery shop, nearly two and a half years ago. She enjoys providing students and professionals throughout her community with the supplies they need to achieve their artistic goals. She also produces and distributes stationery items such as postcards, greeting cards, and calendars for local artists as part of her business.