Get email updates from Layla: 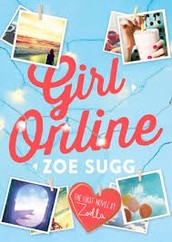 Girl Online is a story about a teenage girl who lives in Brighton, UK. When she was little, she was in a car crash where she, and her whole family, made it out safe. Penny is still haunted by the car crash and it caused her to have horrible anxiety. Penny and her best friend, Elliot, take a trip to New York where her parents will be hosting a wedding event. While her mom is getting the wedding ready, Penny catches a boy named Noah playing the guitar on the stage in an empty room. Penny and Noah start to get close, but when Penny finds out Noah's secret, will their relationship last?

The majority of the novel takes place at Noah's house in New York, where Penny, her family, and Elliot will be staying after the wedding in order to host a New Years Eve event. Since Noah is a fairly well-known musician, he lives in a pretty big house. Since it is Christmas time, there are also a lot of Christmas decorations and lights all around. They all also spend a lot of time at the Waldorf Astoria, which is where the wedding is held. The Waldorf Astoria is a famous high-class hotel in New York with lots of suites like the one that Penny stayed in.

Penny Porter is the main character of Girl Online. She is a 17 year old girl with curly, red hair and green eyes. Since she struggles with anxiety, she decided to start a blog called Girl Online, where she also is known under the alias Girl Online. Her blog has gotten pretty popular and has over 1,000 readers. Her best friend, Elliot, is the only person who knows that Penny is the one writing Girl Online. Penny is pretty close with her older brother, Tom, and her parents. Mrs. Porter is a wedding planner, which is why they take a trip to New York and get to stay in the Waldorf Astoria.

Noah Flynn is an 18-19 year old singer/songwriter. He is very popular in America, but since Penny is from Great Britian, she doesn't recognize him. Noah has dark hair and dark eyes and is very artistic. Both of his parents died in a car crash 4 years ago right after his sister was born, so he can relate with Penny very well. Before Noah's dad died, he had opened an underground graffiti area and restaurant, which is Noah's go-to hangout. Noah lives with his grandma Sadie-Lee and his 4 year old sister Bella. 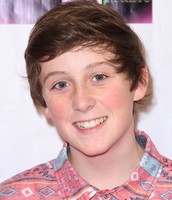 Elliot (last name is never mentioned in the book) is Penny's quirky, fashion-forward best friend. He is also 17 years old and he lives next door to Penny. Theirbedroom walls are touching because their building is connected so, Elliot and Penny have a wall-knocking code that they use to talk to each other with sometimes. Elliot does not have a good relationship with his parents so is with Penny pretty much all of the time. Elliot's fake name in Penny's blog is Wiki, so that no one finds out that Penny is Girl Online.

The book starts out with Penny being the photographer for her school play, a modern twist on Romeo and Juliet. On the night of the play, Penny gets up on the edge of the stage to try to take a picture, but stumbles and falls and flashes her underwear. Unfortunately, someine catches it on video, and Penny's "friend" Megan put the video on FaceBook. Penny was devastated and luckily, the universe came to the rescue.

Since Penny's mom is a wedding planner, a couple in New York flew out Penny, her parents, and Elliot to New York for a week so they could plan the wedding. While in New York, Penny caughtes Noah playing the guitar in an empty room and they become friends. Noah takes Penny to his dad's underground restaurant, which is his favorite place that he has never taken anyone before.

After the wedding, Penny is sad that she has to go home, but amazingly another family in New York wants Penny's mom to organize a New Years Eve party so they all stay in New York for another week at Noah's house with his grandmother and sister.

Penny, Elliot, and Penny's family have gotten back home to the UK, and Penny's finds out that she is all of the news and gossip websites only to find out the Noah has been cheating on his girlfriend, singer/songwriter Leah Brown, with her! Penny took this very hard because it meant the Noah had lied to her the whole time about being single and felt awful because she had been portrayed as the bad guy on the news. Also, people find out that Penny is Girl Online because she writes about Noah (with the fake name "Brooklyn Boy") on her blog. 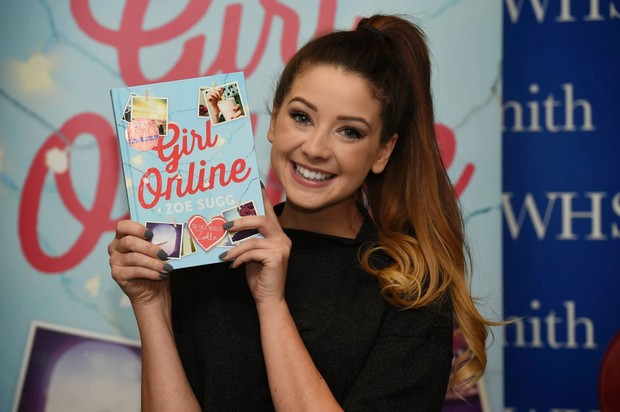 Penny is furious because she assumes that Elliot must've leaked the story because he was the only one she told about being with Noah. But when she tried to text Elliot, he doesn't answer.

Penny has to face going back to school after winter break is over. This means facing everyone that saw the embarrassing video of her, and all the angry Leah Brown fans. But, when she gets there, no one says a word about anything to her. When Penny has some free time in class, Amara and Kira (two girls that go to her school) came up to Penny and ask her about what's been going on. It is revealed that Amara and Kira love Penny's blog and that they will be her friend.

Elliot finally gets to talk to Penny and he says that his phone was taken away, so he couldn't text her and that he wasn't the one who leaked the story. So, Penny figures out that Megan was the one who did it, and Penny and Elliot stand up to her in the JB's Diner.

Noah surprises Penny by flying out to Brighton, UK to talk to her. He tells her that he never liked dating Leah Brown and that it was all fake for publicity. Noah and Penny make up and people finally stop cyber bullying Penny. :)