An Unrighteous act of the British King

An Unrighteous act of the British King

The Kings Act against the Colonies

The King and his Parliament set out a law trying to over-rule the our Colonies! They're also not giving us any representatives! Its unrighteous, unfair, and needs to be stopped as soon as possible

How This Issue Can Be Stopped

We need to revolt against the the King! We are all getting tired of his selfish rules!We can protest or do whatever we have to, to end this foolishness! If it leads to war... then it leads to war! 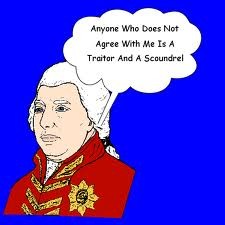 King George Doesn't rule us! We rule Ourselves!