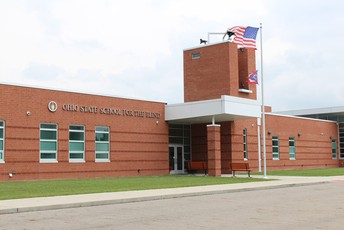 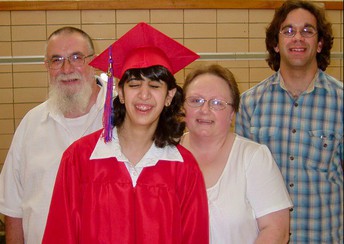 Last Wednesday, space-savvy students from across the nation who are deaf, blind, hearing and visually impaired and their mentors had a unique opportunity to connect with astronauts aboard the International Space Station. The Earth-to-space call aired live at 10:40 a.m. Wednesday, May 19, on NASA Television, the NASA app, and the agency’s website.

The call was designed to promote inclusion in space and announce Mission: AstroAccess, the newest SciAccess project, which aims to pave the way for space explorers with disabilities. The Zenith scholars, and students and teachers from schools serving learners across America who are deaf or blind, submitted questions for the call.

For more than 20 years, astronauts have continuously lived and worked on the space station, testing technologies, performing science, and developing the skills needed to explore farther from Earth. Through NASA’s Artemis program, the agency will return astronauts to the Moon, with eventual human exploration of Mars. Inspiring the next generation of explorers – the Artemis Generation – ensures America will continue to lead in space exploration and discovery. 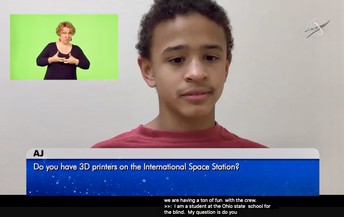 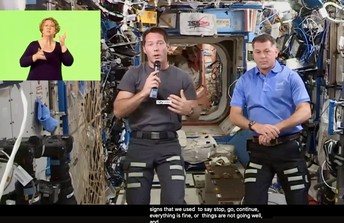 Astronauts Explain Communication on the ISS 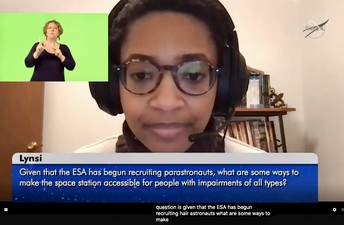 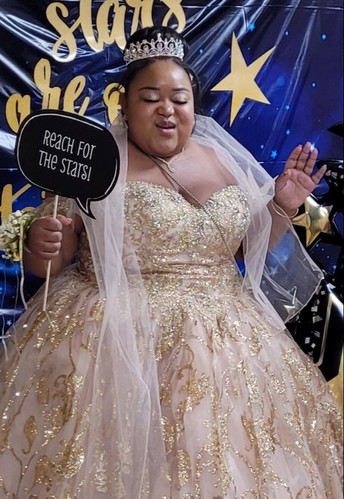 Prom last week was a huge success! The theme was a Night Under the Stars, and the weather was picture perfect. One of the highlights of the night was Jeremiah arriving in a Limo all the way from Cleveland! Students enjoyed their Prom dinner of bourbon street chicken and steak over rice, salad, roll, and assorted cookies and brownies. OSSB students danced, laughed, took pictures at the photo booth, and enjoyed each other's company. Students voted and chose their Prom King, Evan, and Prom Queen, Sara. Congratulations to them both! All of the kids had a great evening!

After-Prom consisted of s'mores over a fire, snow cones and impromptu singing! A special thanks to the Prom Committee - Yolanda Johnson, Cindi Swisher, Adam Schwamburger, Jenny Riggs, Michelle Cecil and Michelle Tolle. This team really made it happen for all prom attendees. Also a special thanks to Nikki O'Bryan, Sally Williams, and Brian Wagner for all their help with decorating. Thank you to Mrs. Wagner for getting it approved. Thank you James, Henry, and Craig for setting up tables and chairs. Shout out to Mr. Grim and the graphics department for the key chains and Mrs. Peirano and the 3D Model Club for the Prom favors. Thank you OSSB Food Service for lending us some items as well. All of you rock! ~Ms. Olivia Swisher

Photo shows D'Arionna in her beautiful prom gown at the photo booth with a sign that reads Reach for the Stars! Group photo includes almost all of the prom attendees standing near a large tree with the OSSB school building in the background (not shown are Jason and Dee). Photos courtesy of the Prom 2021 PhotoCircle. 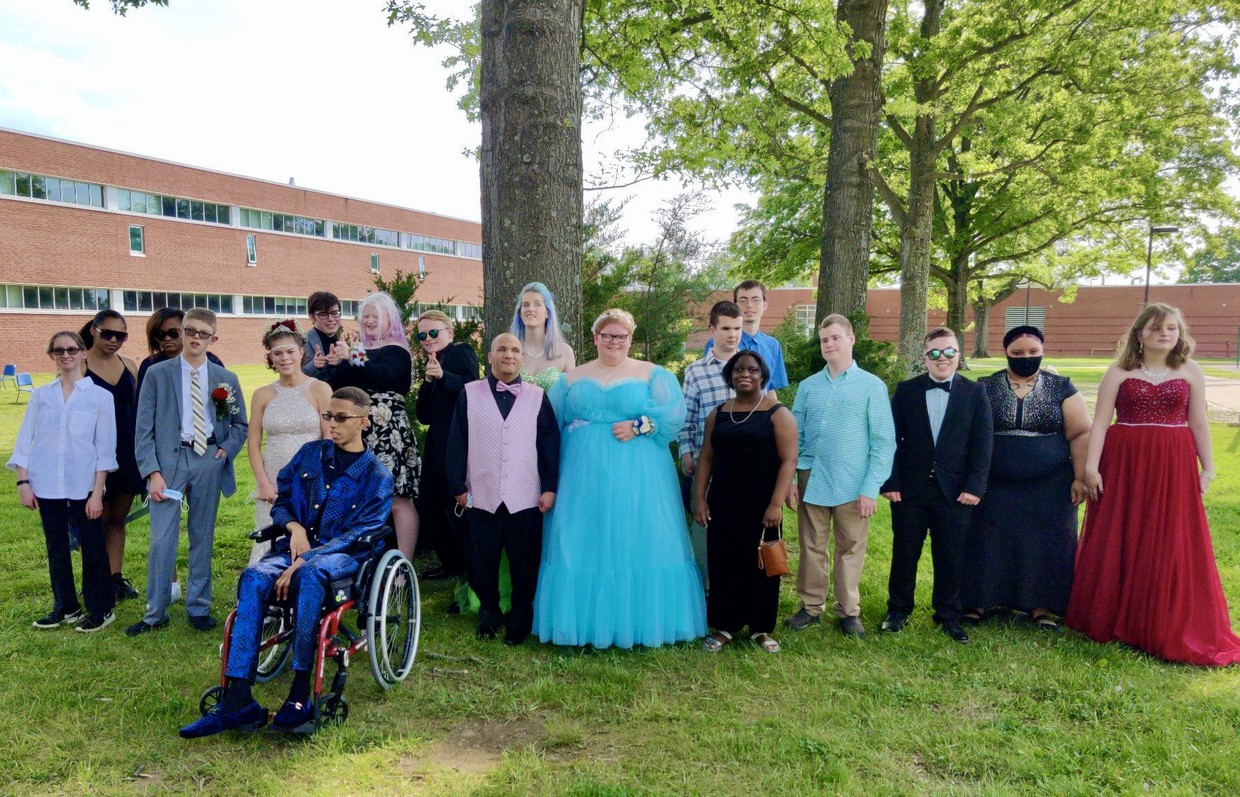 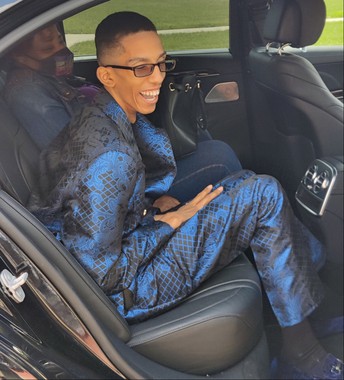 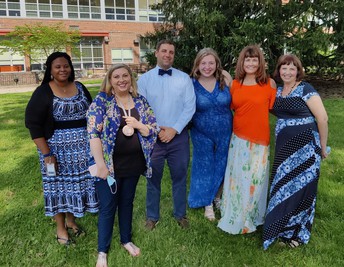 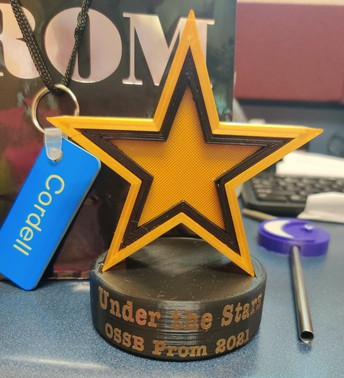 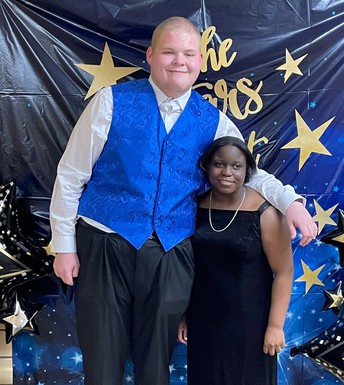 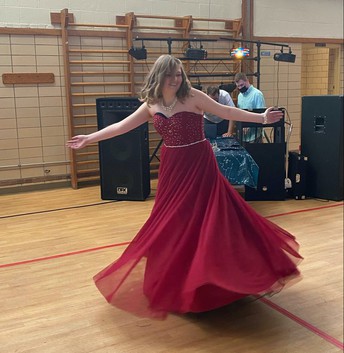 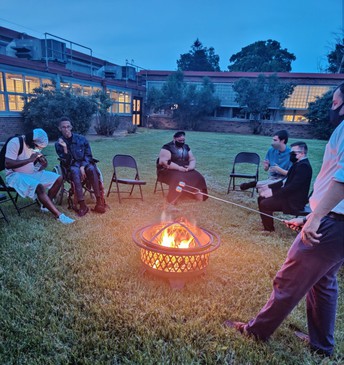 Photos show Jeremiah arriving, Prom committee staff in front of the original building, Prom favors, Jason and Qua in the "photo booth", Emmie dancing, and students and staff at the bonfire with s'mores. 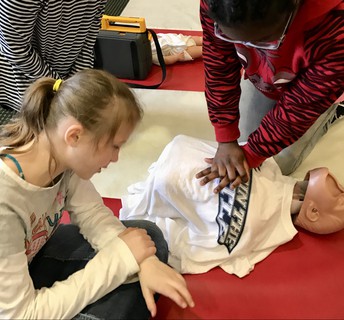 High School Health students of Mrs. Brewer-Wood recently reviewed Hands-Only CPR this year due to COVID. You can be prepared to help an adult or teen that suddenly collapses by providing Hands-Only CPR. Watch the video for demonstration and the steps to follow. Photo shows Perseus and Qua practicing CPR during a 2017 Hoops for Heart event at OSSB. 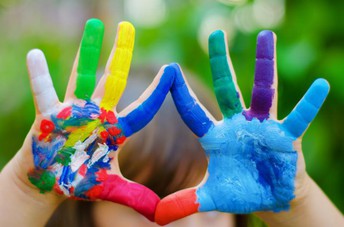 The Ohio School for the Deaf/Ohio State School for the Blind at the Early Learning Center (on OSD campus) is offering thematic educational learning opportunities that include new concept and vocabulary development, hands on learning activities and experiments, language development opportunities and BIG ADVENTURES for preschool aged Blind and Visually Impaired children.

The end of the year is an exciting time where a lot of things are happening. This month we were able to welcome back to the podcast Major Jon Turnbull. We spoke with him in 2019 as he was completing rehab with the Veteran's Administration (VA). Major Turnbull continued his career in the army and it was a great experience to follow up with him. We hope you enjoy our interview with Major Turnbull.

We will be back at the end of the month to showcase our graduates and much more. ~Mr. Dan Kelley 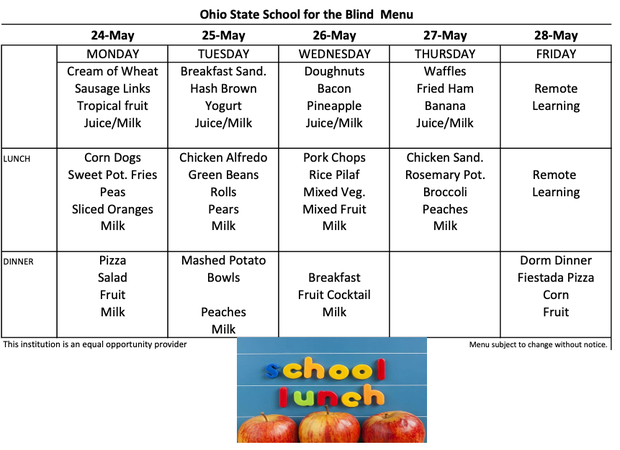 Did you miss one of our weekly newsletters? Find all 2020-21 issues on our website.

Did you know that OSSB receives support from the OSSB PTSF, a non-profit Foundation? Find out more at www.ossbfoundation.org or click on this link.

Resources and Workshops for Students and Families 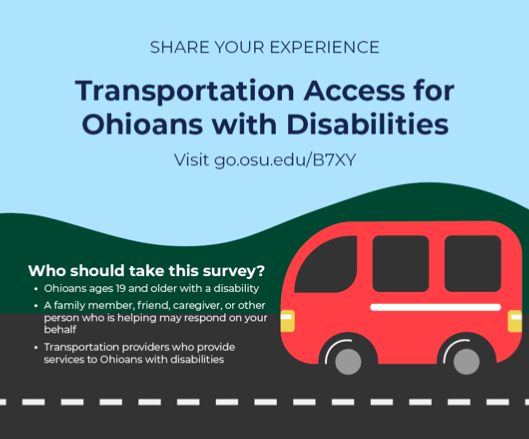 The 2021 survey is now open! If you are a person with a disability over the age of 19 or a transportation provider, take the survey here.

Information shared by the Ohio Developmental Disabilities Council and The Government Resource Center.

I wanted to reach out on a few updates. We have changed a few dates for the run/walk program to expand the outreach of participants and gather more volunteers. All date changes are on the flyer and google form link. You still are able to reach me via email below.

We also have an amazing opportunity to Try Golf on June 27th from 12:30-4PM at Champions Golf Course. Look forward to working with some of you this summer.

Finally, If you want to get out and do more outdoor recreation activities there is an amazing program called the Adaptive Sports Connection. They have cycling, kayaking, water skiing, rock climbing, paddle boarding, sailing, and boating. If interested here is their website: https://adaptivesportsconnection.org/sports-programs/

Download
6.8 MB
Newsletter Background Photo shows an up-close view of a Perkins Brailler. Photo courtesy of Mrs. Kaplan.
Embed code is for website/blog and not email. To embed your newsletter in a Mass Notification System, click HERE to see how or reach out to support@smore.com
close
Powered by Smore
Powered by Smore