Nico is using Smore newsletters to spread the word online.

Get email updates from Nico:

Lobsters have pretty weird body parts that I didn’t know of like lobsters have two stomachs. Lobsters also have a green gland, a bladder, and a muscle. They also have a crusher claw, they have walking legs, and a digestive gland. They also have eyes, brain, intestine,swimmerets,anus, antenna, artery, brain, and to end it off a heart of course.

How many eggs could a lobster lay?

How big Could a Lobster get?

Lobsters could actually be as big as… 4 FEET LONG! That’s about as big as a person WOW! I hope no one in my grade is smaller than a 4 foot long Lobster hopefully.

Where lobsters Live and their Hiding Place?


People have found out that lobsters place in the ocean at the bottom. They choose the opinion of going on mud,sand,gravel or cobble. They all go under the cobble to hide from other animals that eat lobster and could catch falling food from dead animals. Adult lobsters don’t care they’ll go anywhere. They also have less animals trying to eat the adult lobster.

~ Lobster’s pee out of their faces.

lobster were fed to pigs.

~ Lobster’s aren’t red they turn red when cooked, they are 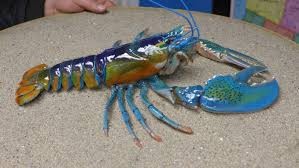 How I got to Know all These Facts

I got all these facts about lobsters from http://www.woodmans.com/100-lobster-facts/,

Nico is using Smore newsletters to spread the word online.