Springtown ISD’s Board of Trustees met via videoconference in a Special Session April 9th to address several important concerns generated by our recent move to “at-home learning,” chief among them a Resolution allowing modification and/or suspension of current grading guidelines and procedures. With an abundance of compassion and understanding, our Trustees took steps to ensure that our students, teachers, and parents are given an opportunity to extend and enrich learning opportunities without being burdened by policies developed for a traditional school setting. This is a very unique time for public schools, and it will require adjustments to what has previously been appropriate. Changes to current policies and rules regarding assignments, grading procedures, GPA calculation for underclassmen, semester exams, and reporting notices will be effective immediately and through the spring semester. An outline of the changes is provided below.

Allowances granted by our Trustees through last night’s Resolution include the following modifications during Spring 2020:

"Our staff understands every student possesses a unique set of resources as well as challenges. While many of our teachers have confidence in assigning numerical scores to student work received in their traditional classrooms, they also recognize the shift to an "at-home learning" environment produces countless variables and a potentially uneven playing field for students. With this thought in mind, our new “Hold Harmless” grading scale will be utilized until further notice."

An emphasis on compassion and empathy regarding grades will be exercised while “at-home learning” is in place. As is true in every community, our staff understands there are significant disparities in terms of access to resources that exist among our student body. While we routinely provide “equalizers” while students are on our campus, teachers have comparatively little influence or ability to ensure equitable levels of support when students are forced to an “at-home” learning environment. One student may have access to technology resources, older siblings who can assist, and parents with flexible schedules, another student may be taking care of younger siblings all day in a home without internet access while both parents work two jobs to make ends meet. It is unrealistic to believe both students are equally impacted by the school closures, or that the challenge of "at-home learning” is equally challenging for one student compared to the other. The District’s “Hold Harmless” provisions will result in higher grade averages for almost all our students, but also retain a degree of accountability on the part of the students.

Key elements of the “Hold Harmless” scale are as follows:

Using Skyward’s gradebook, secondary teachers will record one of the following scores for each week’s assignment:

Using Skyward’s gradebook feature, elementary teachers will record one of the following scores for each week’s assignment:

The "Hold Harmless" provisions outlined above are designed to prevent students grades from being inequitably impacted by the school closures. The same philosophy will be applied to Class Rank and GPA calculation for our underclassmen by omitting the Spring 2020 averages from either calculation. The semester averages will continue to be utilized in determining whether CREDIT should be awarded or denied for a particular course, but NOT GPA or Class Rank.

This move is justified by the fact that our school calendar scheduled only 46 days of class before Spring Break, with 88 total days in the second semester. Our underclassmen began the term believing that their second semester averages would be based on the fourth, fifth, and sixth six-weeks grading periods (88 days referenced above). They were actually able to attend class for less than 45 days of the 88, spending at least a portion of one of the 45 days in benchmarking testing, and enduring a "late-arrival" day due to weather concerns. All told, we estimate the underclassmen were able to complete a maximum of 50% of the planned days a semester average would have come from. 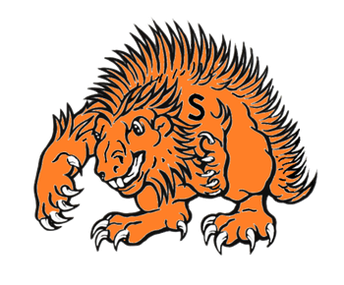 "Why not exclude the second semester averages from our Seniors' GPA and Class Rank as well?"

Our Seniors have endured more than their fair share of interruptions to what we've known as "normal." Our debate regarding whether to exclude the second semester from their GPA calculations included noting they began the year believing their second semester averages would be based on only the fourth and fifth six-weeks grading periods. Using only the 4th and 5th six-weeks grades for GPA/Class Rank has been our practice for many years. As they were generally excluded from benchmark exams, the seniors were approximately eleven days short of reaching the 56-day total our fourth and fifth six-weeks grading period should have included. Mathematically, the seniors had the opportunity to attend for just over 80% of the time they began the year believing was available in the second semester. We believe this is statistically significant enough to justify continuing the practice of including the 4th and 5th six-weeks grading periods in GPA/Class Rank for the graduating seniors.

The modifications to our prior practices related to grading, class rank, and GPA are being implemented only after a great deal of discussion and debate. While there is no perfect solution to the challenges immediately ahead of us, our Leadership Team believes the cumulative interests of all our stakeholders are best served through the accommodations and leniency changes identified in this document will allow. We hope the stress and frustration that may have been caused by an abrupt change to “at-home learning” will be reduced by knowing that, so long as effort and some degree of academic progress are evident, no student’s prior averages will be negatively impacted.

A video (linked HERE) may offer further clarification of the changes outlined in this document. As always, it is most appropriate for students and parents to contact their teacher(s) with questions about individual grades or assignments; policy or handbook questions may be directed to a campus-level administrator or Superintendent Mike Kelley. 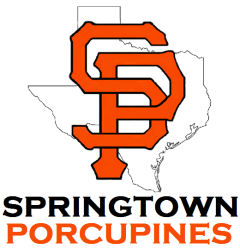 Follow Mike Kelley
Contact Mike Kelley
Embed code is for website/blog and not email. To embed your newsletter in a Mass Notification System, click HERE to see how or reach out to support@smore.com
close