To persuade the target audience to make the school take away VPN from iPads.

Students and teachers and principals and aps.

MTV from 7:30-11:30 because that's when people come home and we used mtv because Rola is a worldwide famous Grammy award winning rapper, and MTV has a lot to do with music.

Testimonial from a worldwide famous Grammy award winning rapper. We needed a famous person to make all other famous people think the same so they can also tell all their fans that Vpn is bad 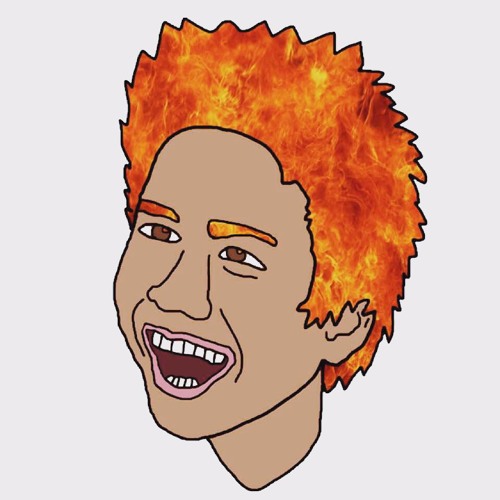 Radio interview with Rola about VPN by Kamran Felix Maddela

My ad is targeting the citizens of coppell who use technology, mostly students and staff at coppell highschool.

My interview/ad would be on radio stations like 97.9 the beat, k104 hip hop and r&b, and 94.5 the boom which are all hip hop stations in the Dallas Fort Worth area. It would play from 8-10 am which is the times that the stations have their morning shows. Usually a lot of students, like myself, listen to that station in the morning on the ride to school (if we're in a car that doesn't have an aux)

My add appealed to plain folk because the add was there for anybody and everybody who was listening. Anyone can use or not use VPN. I also used celebrity because we had a "famous award winning rapper" come on the radio show to say not to use VPN and because I, a "celebrity" said not to use it, my fans won't use it because they want to be like me and follow my ways. 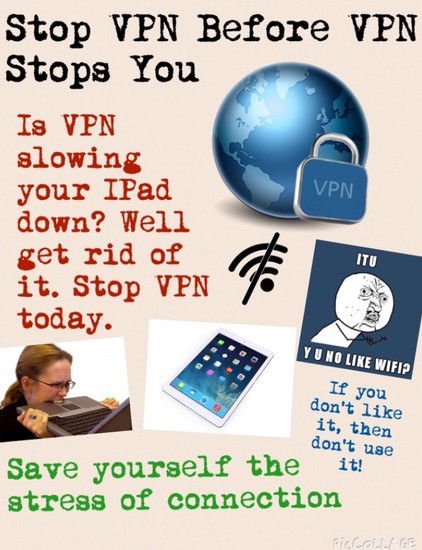 Ad Placement and reasoning: These posters will be printed and hung up around the hall ways of the school where a lot of students walk by every day. It shows the negative affects of using VPN when it does not work

Propaganda Techniques: Slogan is present in this because it uses catch phrases like "Stop VPN before VPN stops you" . This draws in readers who enjoy the catch phrases. It also shows appeal to fear as it shows that people will slowly go crazy and live by themselves off the stress of no internet connection.