By: Tiara Peralta and Larissa Mihulet

By: Tiara Peralta and Larissa Mihulet 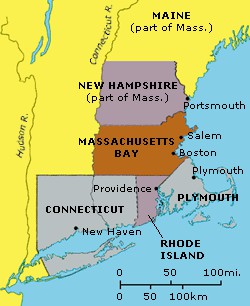 The lands in the Middle Colonies are usually larger then those in The English Colonies. This mean that there is more space for cash crops. We have two rivers that make soil rich and fertile, The Hudson and Delaware River. Winters are milder and and growing season lasts longer! Farmers and families, think about your future with growing crops. Choose a colony where you know you'll be satisfied, right here with us!

Members of our community make a living by farming. Though most colonies have farm land, we have a larger farm land than the English Colonies. In addition, farmers find the land here more favorable. Let's not forget that we have a longer growing season than the English Colony! We grow so many cash crops. Our biggest supply is grain. We export grain so much we're known as the bread-basket colony. Isn't that funny? Not only do we have wheat, we also have pork, fish, cattle, and much more! Trading is a very important role in our community. Don't starve, we've got it all here in the Middle Colonies. 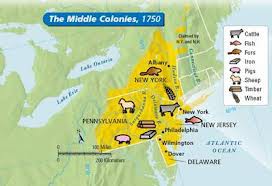 Our government is mostly made up of a group of people who make laws, Legislators. The Government directs colonies and enforces laws. We are very well protected. Don't you want your family to be safe? So come to the Middle Colonies, we are all in a very nice environment. Think about your children and their future.

There is such a wide variety of religions you can choose from, such as, Protestants, Catholics, and Judaism. We're all about policy and fairness! Many think of us as a "holy experiment". You'll find a religion that fits just right for you!

We have a normal community. Churches and individual families set up private schools. Education is very important to us! All children should be educated. Your child needs a good future, and yes, we can provide it!

We are proud to say that there are very few slaves in the Middle Colonies. They work in only large areas. As a rule, we have to treat them humanly. Every being has equal rights. We don't refer to African Americans as 'slaves', we refer to them as 'servants'. We believe that everybody should be treated equally, come to the Middle Colonies, we believe in justice!

Choose wisely! Where would you most likely have a better future for your kids? Also, start your life over positively and be happy with where you live! If you want better farming, school, more freedom, be safe, and rich soil, move to the middle colonies!

Follow Tiara Peralta
Contact Tiara Peralta
Embed code is for website/blog and not email. To embed your newsletter in a Mass Notification System, click HERE to see how or reach out to support@smore.com
close