A publication of the Harrisonville Public School Foundation

A publication of the Harrisonville Public School Foundation 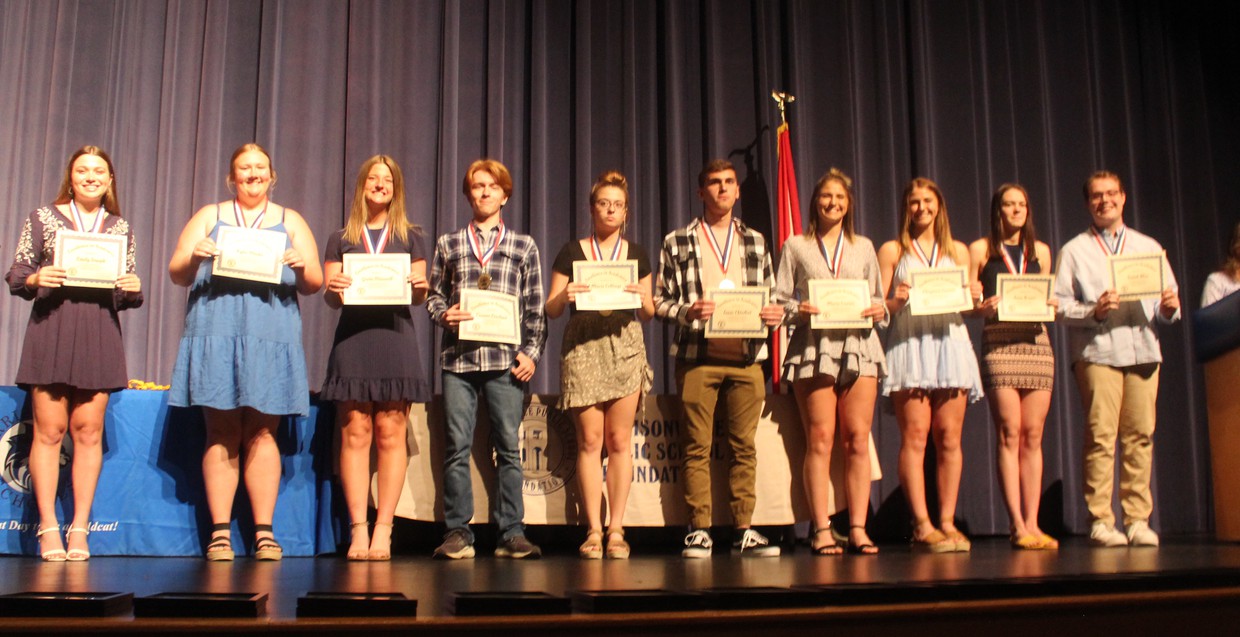 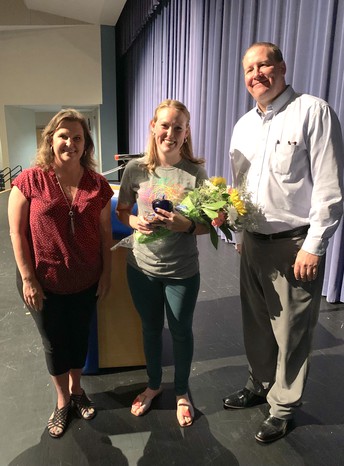 Foundation honors Educator of the Year

The district hosted its annual End-of-the-Year Celebration on Friday, May 20. During the event, the Foundation announced the 2022 Educator of the Year. Congratulations to Sara Doherty, Harrisonville Elementary School special education teacher.

Doherty was selected for the honor by a panel of judges from outside the community who interviewed six finalists. The finalists were chosen by the Harrisonville Public School Foundation and district administration selection committee based on nominations received from parents, students, and Harrisonville Schools’ staff members.

Nominations for Doherty said, “Sara took on a big change mid year at HES that has changed the way we can service our students who have behavior IEPs. She works to support classroom teachers so that these students can be in the classroom with their teachers and peers as much as possible. Her days are definitely not always easy. However, she takes on each day with love, grace, accountability, and a giant smile.”

The Harrisonville Public School Foundation will provide Doherty with a $500 grant. 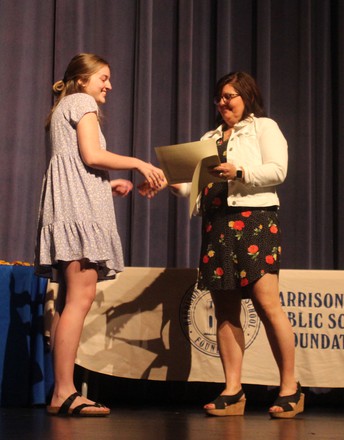 To read more about these scholarships and the selected students, visit our website at https://www.harrisonvilleschools.org/Page/65

*Indicates a scholarship awarded for the first time in 2022 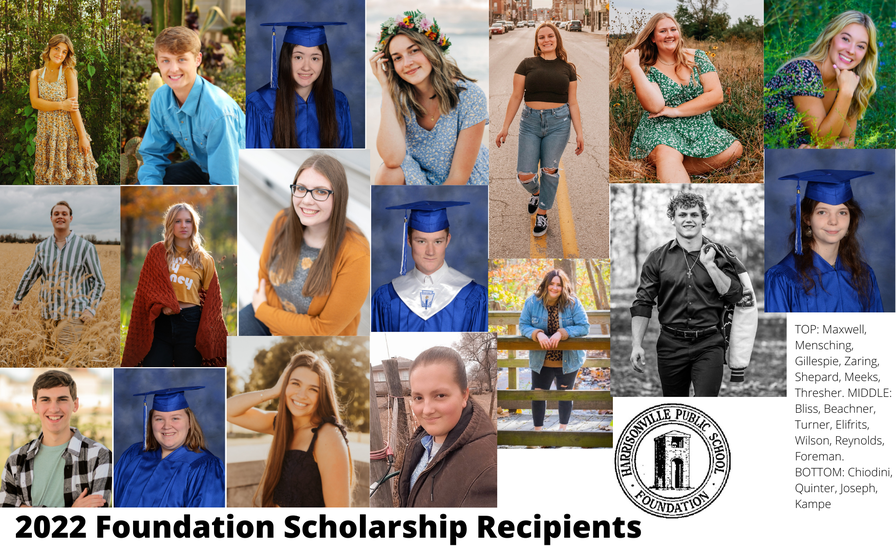 The tournament will take place at Hoots Hollow at Country Creek Golf Course beginning at 8 a.m. on Sept. 16.

Registration is available on-line at https://www.harrisonvilleschools.org/Page/212, or pick up a form up at the district’s administrative offices, 503 S. Lexington. The registration fee is $80 per golfer or $320 per team. It includes green fees, a cart, and lunch following the tournament.

The tournament will be played as a four-person scramble with two flights. Prizes will be awarded to the top teams in each flight, as well as for closest to the pin and longest drive.

Golf tournament sponsors may choose from three levels: True Wildcat ($1000), Royal Blue ($500), and White ($125). True Wildcat and Royal Blue sponsors receive one complimentary team registration for the golf tournament and all sponsors receive publicity on all tournament materials and signs. The Foundation is also looking for goodie bag prizes (80). Sponsors may commit their support at https://www.harrisonvilleschools.org/Page/212.

Monies raised through this event will fund foundation programming including teacher grants for innovative classroom programs that enhance the curriculum, the Excellence in Academics program, teacher scholarships that allow educators to enhance their learning, and district grants.

For more information about the tournament, please contact Jill Filer at 380-2727, ext. 1224 or jill.filer@harrisonvilleschools.org 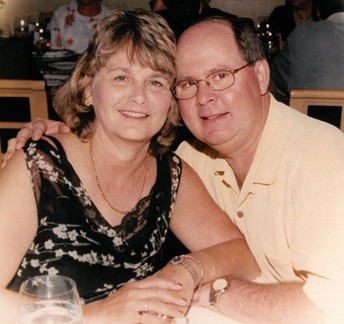 The Harrisonville Public School Foundation presented a new scholarship in May. The Linda Dickey Memorial Scholarship provides $5,000 during a two-year period to selected recipients. It may award funding to two graduating seniors each year. Selected students must express an interest in pursuing careers in education.

She received an associate's degree from Stephens College and master’s degree from Webster University. She was an elementary teacher with Harrisonville Schools from 1970 until her retirement in 2003. She enjoyed mentoring and educating students of all ages throughout her career. She was even awarded the Crystal Apple Award by Gary Lezak in 1997.

She married Bill on July 3, 1982, and their family includes two sons, Kevin and William. 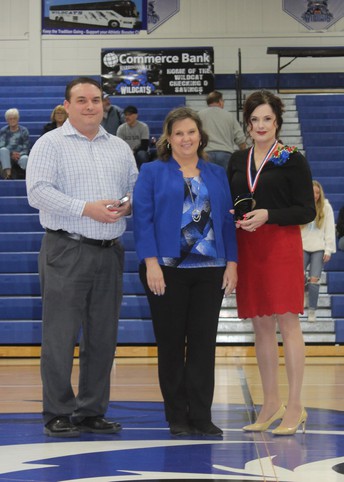 Two inducted into Wall of Fame

Sweitzer graduated from HHS in 1939 and was inducted posthumously for his service to our country and leadership in the community. He was represented by his grandson, Gabe Sweitzer.

Gaddie is a 1991 HHS graduate and was honored for her commitment to improving healthcare and education in her community.

They were inducted into the Distinguished Alumni Wall of Fame between basketball games. They were also honored during a public reception in the high school library.

To read the honorees' full bios, go to https://www.harrisonvilleschools.org/Page/69.

Throughout the 20 years of the teacher grant program, more than $123,000 has been presented to teachers. The goal of the program is to enhance the education of Harrisonville students by encouraging and recognizing new educational approaches and concepts that are not currently funded by the district.

Teacher grants were awarded to the following: 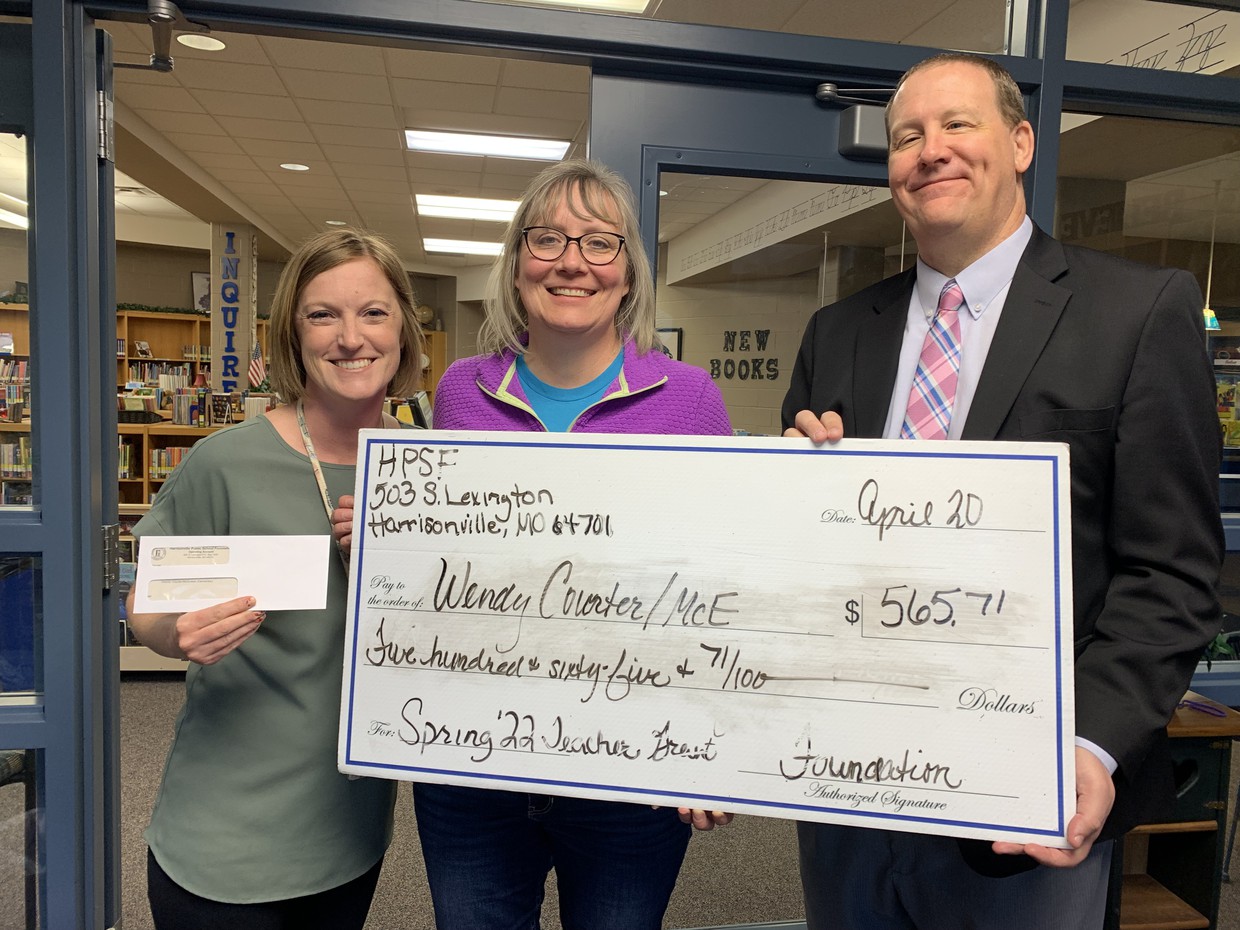 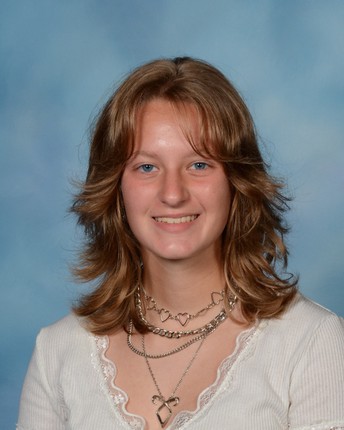 Harrisonville High School sophomore Chloe Jackson has been selected to participate in the 2022 Missouri Scholars Academy. The academy has been a three-week long residential program hosted at the University of Missouri for 330 of Missouri’s academically talented students. This year’s event will be held June 12-July 2.

The Missouri Scholars Academy gives participants an opportunity to pursue studies that differ from traditional approaches to education. Guest lectures, forums, films, and other events during the academy reinforce and extend the curriculum.

Since 1996, the Missouri Scholars Academy has provided a unique program of intensive education, extracurricular, and social opportunities to attendees.

Selection into the academy is based on test scores, grade point average, and essays. The Harrisonville Public School Foundation covers tuition expenses for HHS students who attend. 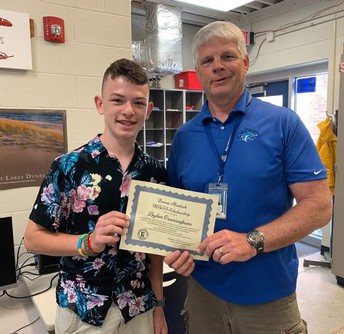 The Foundation disburses Pfautsch HATS Scholarship funds to recipients at the time of their graduation from Harrisonville High School.

The scholarship is awarded to an eighth-grade HATS student based on academic excellence; diverse personal, academic, and community interests; a love for learning; and use of talent, imagination, and teamwork to accomplish goals, address challenges, and solve problems. It is funded through an endowment created by the Pfautsch family. 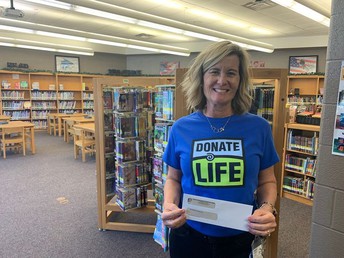 The books are very popular in the library, so the Foundation's funding helps to ensure all students have the opportunity to read these books.

The proceeds from Major Saver discount card sales are split equally between the Foundation and the participating schools.

The Foundation will use its portion of the proceeds to fund its programming, including the Excellence in Academics program, teacher grants, district grants, and the Advanced Degree Teacher Initiative.

In sympathy and gratitude

We would like to extend sympathy and sincere gratitude to the families of Luke Scavuzzo and Jordan Zenor-Overcast for thinking of the Foundation in their time of grief. Memorial contributions in their loved ones' honor will make a difference for our students and staff.

We encourage our alumni to stay connected to Harrisonville and HHS. We have several ways you can do that....

Please share this newsletter with your fellow Wildcat alumni

The Foundation Facebook page provides regular updates on Foundation activities. Content includes photos of our work in action, the latest Foundation news, and opportunities for you to support the Foundation's work.

The Alumni page is the "go to" place to get information on alumni events and opportunities, connect with classmates, and share reunion information. To submit information for the alumni page, email jill.filer@harrisonvilleschools.org. 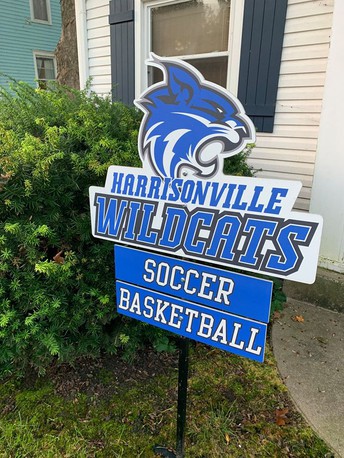 Show your Wildcat spirit by purchasing a yard sign sporting your favorite activity. Maybe it's soccer, baseball, choir, tennis ... whatever! Or, maybe you'd like it to say alumni, #WildcatFamily, your last name or Class of 19?? or 20??.

The yard signs (sign/stake/hardware) are $55 each, and each individual personalized plaque is $10. You may add up to 15 characters per plaque.

Orders will be placed on the 15th of each month. Payment is required before we will finalize your order. Buyers will be notified via email that their signs and/or plaques are ready to pick up at the district administrative office, 503 S. Lexington.

You can pay online; there's a small transaction fee: https://bit.ly/YardSignPayment

If you would rather not pay the small transaction fee, then you may mail or drop off your check made payable to the Harrisonville Public School Foundation to: 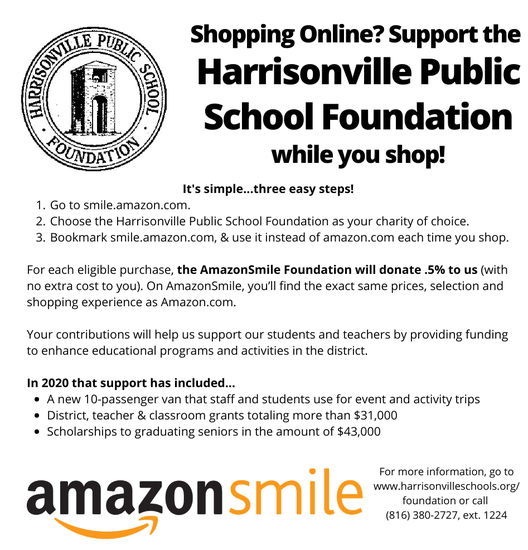 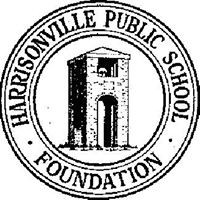