Darian is using Smore newsletters to spread the word online.

Get email updates from Darian:

The legend of Slender Man

The legend of Slender Man

Slender Man is a creature or being with various nebulously defined characteristics and abilities. Looks very thin and unnaturally tall with a blank white face, wearing a black suit.

Slender Man accounts have been seen from modern day era, to the late 1500s, and from ancient Egypt. Typically found in ancient Egyptian hieroglyphics. Showing a tall, dark-like being with long and slim limbs, along with the figure displaying extraordinary height. Slender sightings in the late 1500s and early 1600s were commonly found in Bavaria, Germany. A fairy-like being who would torment and stalk lying children until they confessed. 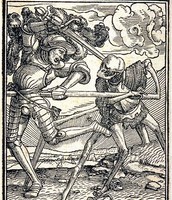 Darian is using Smore newsletters to spread the word online.