Get email updates from Jessie:

Keep up to date with Mr. Jefferson and Flippin Schools

Keep up to date with Mr. Jefferson and Flippin Schools

As the Alternative Learning Environment (ALE) teacher at Flippin Elementary, I strive to teach lessons that go farther than what is taught in the classroom. On top of all of the normal day-to-day lessons that is taught in their regular classroom, because of the low students to teacher ratio, I have the time to teach coping skills, respect, responsibility, manners, and many other lessons to help the student fit in with their peers. The lessons taught in my class will help them in their daily walk with their classmates and hopefully spread into other areas of their lives.

What Happens When You Eat Their Halloween Candy

Don't forget that Halloween is Saturday. Also, your children take their candy very seriously.
YouTube Challenge - I Told My Kids I Ate All Their Halloween Candy
Please take this 1 question survey

This survey will help Mr. Jefferson know which character traits to focus on teaching his students.

Word of the Month

RESPONSIBILITY - the state or fact of being accountable or to blame for something. 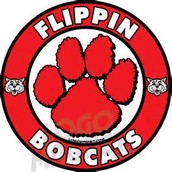 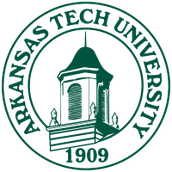 What is happening this week at Flippin Elementary School?

This week is Red Ribbon Week. Our students are encouraged to dress up with the daily theme:

Monday: Minion Day - There are minion reasons not to do drugs...dress as a minion

Bobcat Singers will be practicing in Mrs. Xiques room, which is beside the elementary cafeteria.
Get Directions

The homecoming parade will start at the elementary building, head west down Alford St, then down Main St. Students will be watching the parade along with their classmates. If parents wish to take their child down on Main St, please come to the office and check your child out by 1:30.
Get Directions 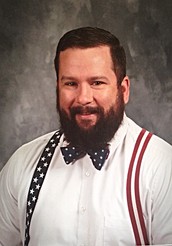 A little bit about Mr. Jefferson

My journey begins on a cattle farm, about three miles south of Flippin. My summers were spent bucking hay bales and picking watermelons. As I got older, the sweat and muscle earned on the farm paid dividends as I excelled and lettered in baseball, basketball, and soccer. After I graduated from Flippin High School in 2001, I enrolled in classes at Arkansas State University at Mountain Home. After two years of classes, I earned my Associates of Arts degree and transferred to Arkansas Tech in Russellville, AR. I excelled in math and decided to major in Mechanical Engineering. After a year and a half of engineering classes, I changed my major to Finance and Economics. After my fourth year at Arkansas Tech, I earned a Bachelors of Science in Business Administration degree, majoring in Finance and Economics. Shortly after graduating from Tech, I was given a job at First Security Bank in Conway as a Financial Sales Representative. Six short months later, I received an offer at Arvest Bank in Yellville as a Financial Credit Analyst. During my six year tenure at Arvest, I was introduced to many of the local businesses and was expected to understand the local economy. My free time was spent at the coaching local sports, being a baseball coach at Yellville and a basketball coach at Flippin. It did not take long before I began to realize that I made more of a difference volunteering with children than I did working at the bank. So I decided to go back to college to become a teacher. I am currently enrolled in the Masters of Arts of Teaching program at the University of Central Arkansas in Conway and expect to graduate in 2017.