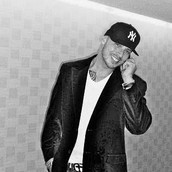 Karim Ramos, Health & Fitness Guru former columnist for Russell Simmons’ celebrity, entertainment, & lifestyle website globalgrind.com is an accomplished lifestyle fitness coach, nutritionist, motivational speaker, model, and author. He holds certifications in sports nutrition and personal training from the American Aerobics Association International / International Sports Medicine Association (AAAI / ISMA), one of the largest fitness organizations in the world. As a fitness coach and nutritionist Karim has designed and implemented exercise programs/meal plans for a wide variety of individuals ranging from seniors, those suffering from chronic illness, as well as clients interested in weight loss or improving their overall health. He has vast experience in life style fitness training having worked with clients one-on-one as well as in group settings. Through his endeavors as a fitness coach and nutritionist Karim was also able to land a position in the fashion industry with the Phat Farm clothing brand. His hunger for success allowed him to work his way up from intern to Director of Public Relations for the Phat Farm brand in less than 2 years. He worked alongside Phat Farm’s founder music mogul Russell Simmons and his brother Rev. Run from the legendary hip hop group Run DMC. Growing up as an overweight teen, Karim never expected to work in the fashion industry. As a teen he managed to lose over 70lbs by following a strict fitness regime that he created for himself. Even though he was able to shed his extra pounds, it was unexpected and surprising to Karim when he was approached and offered opportunities as a model. The biggest shocker was when he was approached to be featured in Playboy Magazine. This opportunity lead him to be featured in three more issues of Playboy as well as other magazines such as Men’s Fitness, Stuff, Maxim, etc. In addition, he appeared in various fashion shows such as BET’s Rip the Runway. Karim’s first experience as a motivational speaker was on behalf of Russell Simmons’ NON-Profit Organization, Rush Philanthropic. He’s been lecturing for over ten years now about proper exercise techniques, fitness programs, as well as nutrition topics like dietary supplements and meal planning. He has spoken at countless engagements at both high schools and colleges; motivating young individuals who lacked guidance, needed inspiration, and wanted to learn about leading a healthier lifestyle. Karim also speaks to children on the topic of bullying, being an overweight teen and a victim of bullying himself he is able to relate and help build their self-esteem and confidence. All of these experiences led Karim to author his first book From Fat Farm to Phat Farm. This self-help motivational book talks about his struggles of being an overweight child and teen with low self-esteem, being homeless, to losing over 70lbs and becoming an international model and then working for the God Father of Hip Hop Russell Simmons. This book was endorsed by both Russell Simmons and Rev. Run from Run DMC. Karim’s story is the prime example that drive, determination, and hard work, go a long way; proving that nothing is impossible. Karim continues on his journey as a humanitarian affecting the lives of many. Today Karim is proud and excited to be apart of the BodyRock.Tv Family. He is motivated and inspired to help you on your journey of a better & healthier YOU. 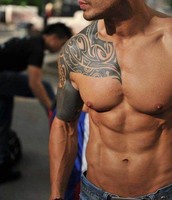 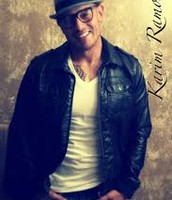 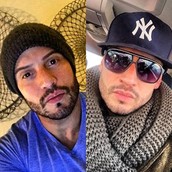 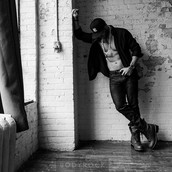 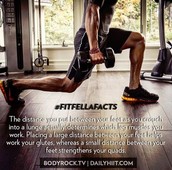 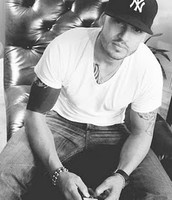 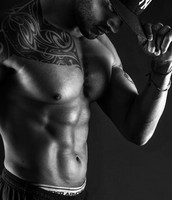 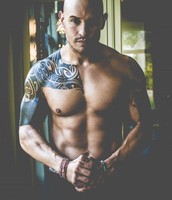