Get email updates from Tomas: 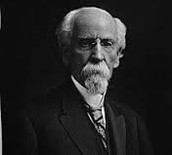 Charles Hinde was born in Urbana, Ohio, on July 12, 1832. and died March 10, 1915 at age 82. He was one of Thomas S. Hinde and Sara Cavileer Hinde's six children. His dad Thomas was a circuit preacher, which caused the family to move a lot. His father also founded Mount Carmel in Illinois where his family settled. His grandfather was Dr. Thomas Hinde who had distinguished himself during the American Revolutionary War and during his service to General James Wolfe. 76 Charles was an industrialist, tycoon, riverboat captain, businessman, and entrepreneur. He married to Eliza Halliday and had one daughter Camilla, who died at age 13. By his late 40s, he had already gained a great fortune from his work. Hinde was such an interesting historical figure because he worked in so many different industries, and was a buisiness magnate and a philanthropist.

Charles managed many businesses and invested in a lot of business ventures over the course of his life. Hinde served in executive leadership positions in the railroad, water transport, shipping, and hotel businesses. Hinde's first employment in river transportation was as a clerk on a boat that operated between St. Louis, Missouri, and St. Paul, Minnesota. After about a year, he joined the Galena, Dubuque and St. Paul Packet Company, which became one of the largest transportation companies in that part of the country. During his employment there, at one point he contracted cholera and almost died. Hinde made quick advancement and was promoted to the position of captain in his mid-twenties, an unusually young age. Charles inspiration was to make money. Hinde's lasting impact on American Society was that he was a very generous man that worked hard to get the money that he made. 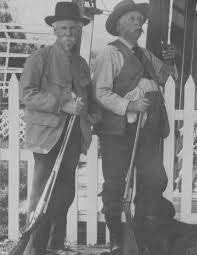