Get email updates from Elena:

“Recognizing school board member service should be a year-round endeavor, but designating one week to highlight these volunteers’ efforts ensures they receive some of the thanks they deserve,” according to NYSSBA. We thank our esteemed School Board Members for their crucial role in the West Seneca Schools. They are a robust group of educators, parents, and overall champions of children.

I know I speak for the entire district when I say, “Thank you for all you do, are willing to do, and all you have done, Board Members.”

Learn more about New York’s school board members in this fact sheet. 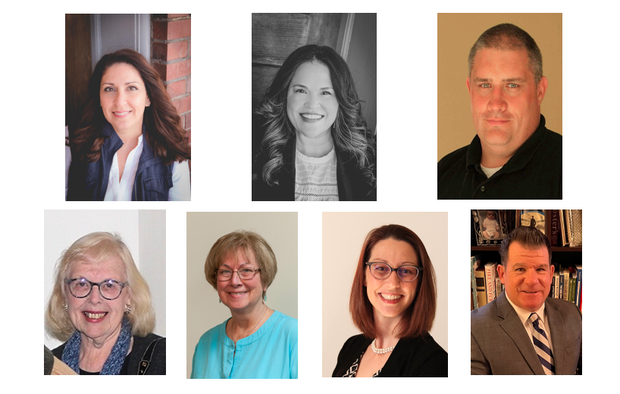 Students both love and remember lessons that involve hands-on design and learning. Add in critical thinking skills, collaboration with peers, and problem solving, and you have yourself an “egg drop”. That is the lesson that Technology teacher Ryan Szpylman presented to his classes recently. Newton’s Law of motion, kinetic energy, learning from failure - these are invaluable lessons for anyone.

Below is Mr. Szpylman with his sixth-grade class and school safety officer, Adam Schnitzer, who has some field experience with egg-cident scenes. The SpongeBob egg holder suspended above them is one of many team designs.

“The students understand the concept, and they work hard to get it right,” Mr. Szpylman says. “Beyond that, the exercise helps to prepare the students for Next Generation Science Standards. Fun? Without a doubt, the students enjoy the exercise, but the core practices used to get them there are valuable to their future learning and work life.”

EAST HIGH: ART IS FOR EVERYONE

East High art teacher Kelley Mooar's classroom is so inviting that she occasionally has drop-ins from people who need a little art therapy due to their stressful job of keeping everyone safe and happy.

All this fine teacher asks is that visitors concentrate on the work and avoid disrupting regularly scheduled classroom activity. Happily, Kadin was able to complete his work, as well as providing a tutorial for Officer Maloney.

The results of collaborations like this always turn into something beautiful! 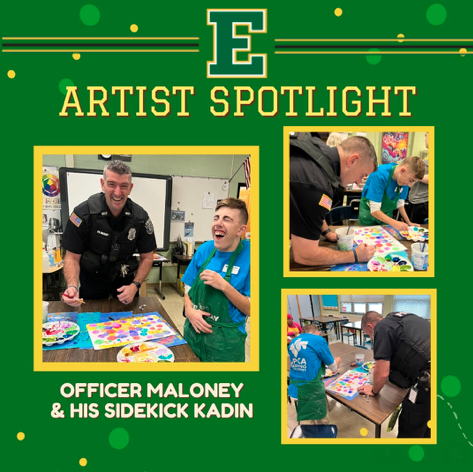 Students and families participated at many different information stations including our Reading Rover that gave away free ELL-themed books, a West Seneca Public Library station where library cards were applied for, and Talking Points - a free interpretation platform that allows teachers and parents to communicate with each other in their primary language. Just for fun, there was also a buttons/pins making station and coloring and crafts.

It would be a drastic understatement to say that everyone had a good time, learned a lot about other cultures, and ate well! 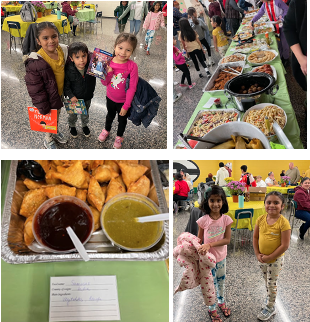 Here's another shout-out to our fine principals during a month dedicated to their important role in our district and in our children's lives.

These tireless individuals know every facet of their individual schools, their students and families, their staff, and each other.

They are an amazing team of intelligent, warm-hearted individuals, and we are so lucky to have them. Tell them so when you see them, and give them a big West Seneca thank you!

PS: AP Week is the first week in April. 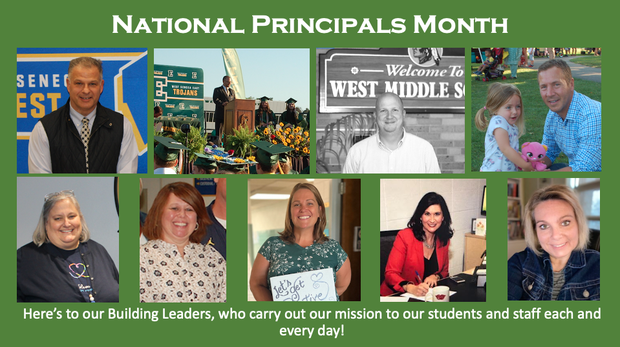 Our Reading Rover will be at the East/West football game, giving away free books, on Friday, October 21st. Catering to readers of all ages, the Rover will be extra-stocked with books for high school students at the game.

When you're a reader, you're a winner, and as always, our Reading Rover makes books seemingly materialize out of thin air! (Watch this student produced video to understand.)

Special thanks to West Senior teacher Diane Meaney for organizing the making of this video!

Our Reading Rover will be at the East/West football game, giving away free books, on Friday, October 21st. Catering to readers of all ages, the Rover... | By West Seneca Central School District | Facebook

Seneca Hose went to WP for a Fire Safety Week presentation! Students learned a lot of important safety information and were tasked with going home and asking their adult(s) to practice a fire drill where they live.

Kindergarten teacher, Miss Girdlestone, volunteered to put on the Fire Equipment (below), just to prove that our firemen aren't scary. "In a fire, GO TO the fireman!" 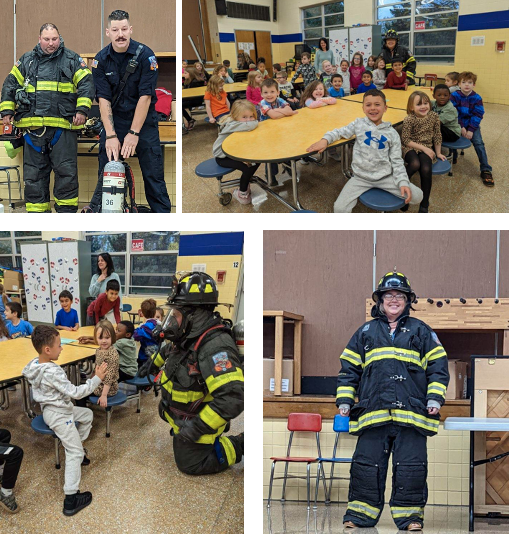 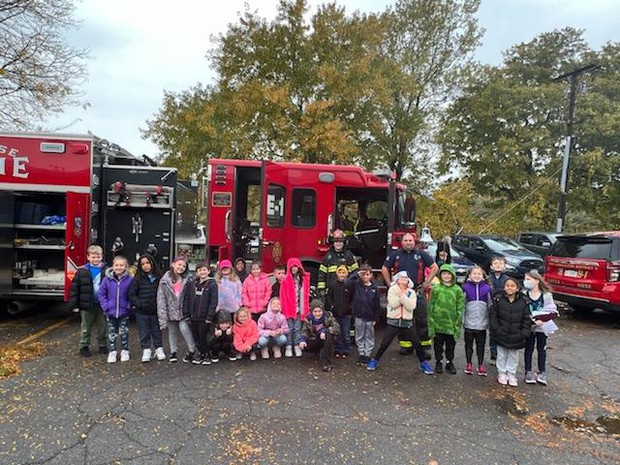 HOW TO SURVIVE A ZOMBIE APOCALYPSE

When the zombies show up - and THEY WILL - you will be sorry that you missed the Saturday night gathering at West Senior, telling you how to SURVIVE a ZOMBIE APOCALYPSE!

Don't let your brain be eaten - bring it to West. Let it absorb the talents of our students. You'll be glad you did. 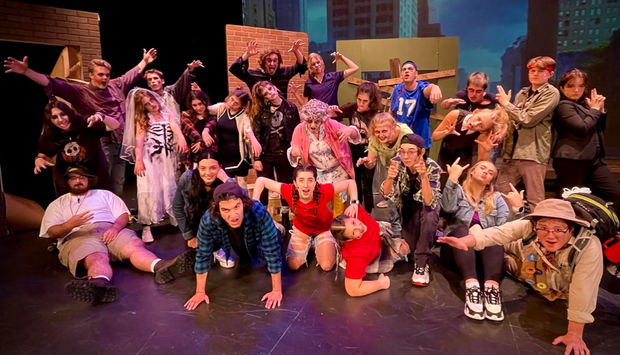 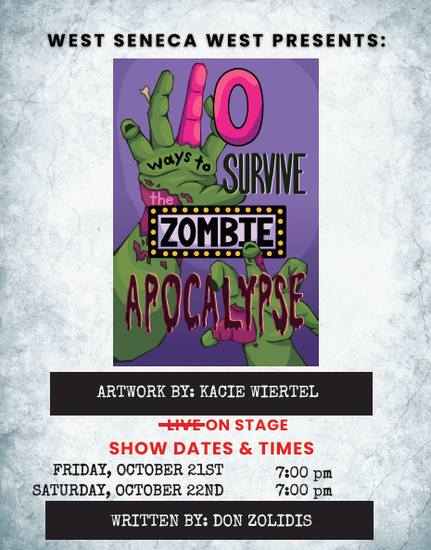 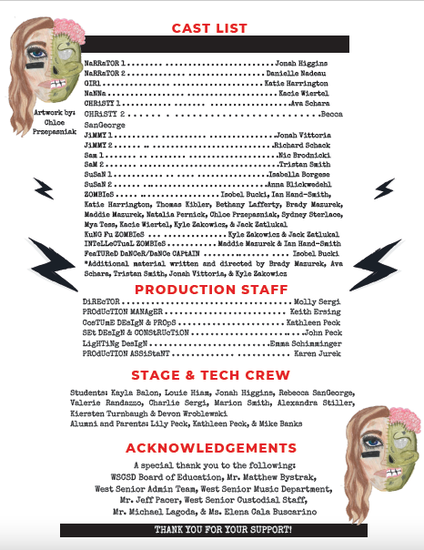 HAVE A BEAUTIFUL FALL WEEKEND!

Follow Elena Cala
Contact Elena Cala
Embed code is for website/blog and not email. To embed your newsletter in a Mass Notification System, click HERE to see how or reach out to support@smore.com
close