Reading in the Round

Reading in the Round

We wish to thank the families who weathered the rain and joined us to kick off the first of our 3rd Annual 3-Part Reading in the Round Family Series on Wednesday evening.

The library was transformed into a cozy cafe-style environment where families, students, and teachers enjoyed an evening of poetry and hearty minestrone soup!

Families kicked off the evening by presenting poems they crafted from an activity on found poetry guided by BCS/BNS librarians Susan and Amanda.

The 9th graders courageously shared their poems about their origins, identities, and messages to their communities. They painted sketches of their lives that opened a window into their world.

The Reading in the Round is a 3-part series that brings families together to celebrate the joy and power of reading and the written word as well as to showcase student work and offer an opportunity for families to experience our curriculum.

We look forward to you joining us for parts 2 and 3 of the Reading in the Round Family Series! 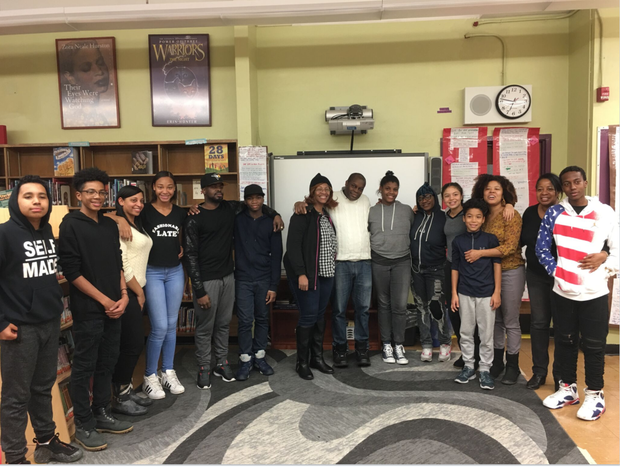 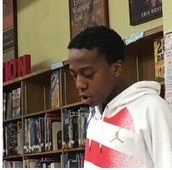 For my people who are black and strong.

But they are people that have been through so much wrong.

They fought so hard to be free.

But the only thing you hear is the sound of them plea.

They worked and bleed just to be able to take the lead.

They wanted the right to write and read.

To help their children who they wanted to feed.

They wanted a clear path you see.

For my people who are nice and kind.

But why do people want them to be so blind.

They hoped for people to change their mind.

The people who seek knowledge.

The people who wanted to go collage.

The people that was took from home.

But put in a place all alone.

A life under someone rule.

But they did not see that it was so cruel

Those people are fools with no clue.

And we were stuck with nothing cool to do.

For my people who was proud and brave.

To get that that knowledge that they crave.

They were not aware on how they got in this affair.

But they thought were to go.

It's because they had nowhere to go.

This fight took a new height.

To their present day the day of a new flight.

The days that black people have their rights.

And now we see it in sight 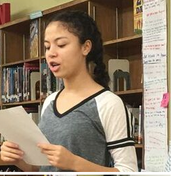 The chains around her ankles as she plowed the dry earth,

That the blue eyed foreigners claimed as their own,

The harsh rays of the sun,

As the whip cracked across her back,

Weeping in pain because her eyes hadn't lowered to the ground.

They spoke to her with the bitterness of the dandelions

That she weeded at dawn.

As he sold away her three sons

That she bore from a free man whom she loved.

Of course you know.

You feel the pain,

Tasted the salty tears sliding down your cheeks,

Asking God why they took away your son,

Police use bullets to kill and not to harm,

They rather jump the gun,

Even though it's two against one.

Snatched away your husband to the South wing of the jailhouse,

Now you have nobody left,

Gave him a lifetime sentence for theft,

It's a crime he didn't effect.

Must be the colored man who crept,

Into the building looking for riches unkept.

For generations we’ve been powerless,

But forgive them father,

For they know not what they do.

Am I a slice of pie?

Think of me as transparent

Not black nor white

Tell them something that's clear to see

But no matter what I am, I'm still me 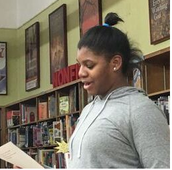 JUST BECAUSE I'M A GIRL

Doesn’t mean I can’t handle what comes my way

Doesn’t mean I dress like a hooker to make boys

Doesn’t mean I shouldn’t have an opinion

And doesn’t mean I won’t become as successful

Doesn’t mean I have to be girly 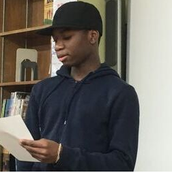 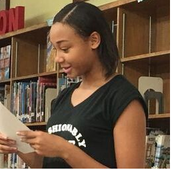 JUST BECAUSE OF MY IDENTITY

Just Because I Smile,

and it doesn’t mean that I’m in a good mood,

I don’t want anyone to be worried about what is Wrong,

Just Because I Smile

doesn't mean that's I can Dunk a Basketball,

or that I want to be a Basketball player when I Grow up,

Basketball is the only Sport that I'm good at,

it isn't in my Heart for something that is my Dream or Goal,

Just Because my Attitude isn't Great,

it means that there are Bigger Battles to be Fought, it doesn't mean I'm not Nice or that I'm Disrespectful, Because I don't Smile it just means that I'm not in the Mood or in the right State of Mind, I have a Shield over you because I don't want to Lash out or take my Anger out on you,

Just Because my Attitude isn't Great

KUDOS TO OUR FAMILIES WHO PRESENTED THEIR POEMS---LEAVING OUR STUDENTS IN AWE! 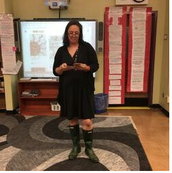 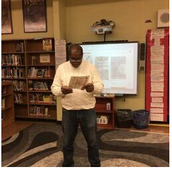 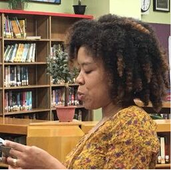 ELA TEACHERS ALIE & JOHN G. DAZZLE FAMILIES AND STUDENTS WITH THEIR POWER OF THEIR POEMS! 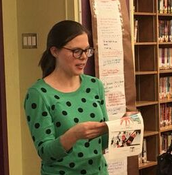 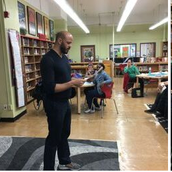 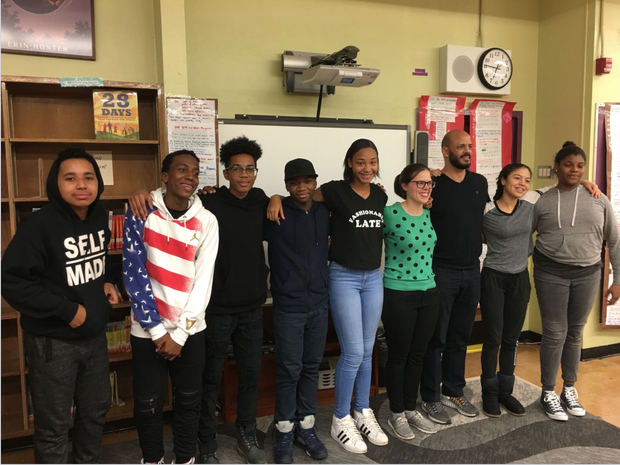 A SPECIAL THANK YOU...

Our deep appreciation to ELA teachers Ali and John G. for the work they did to guide and support students to produce and share authentic and compelling pieces. We also want to thank them for courageously doing what they asked of their students -- to share their creative voice!!

A warm shout out and special thank you to BNS teachers Jennifer and Kori who came out to support and celebrate our 9th grade poets.

A warm thank you to Steven for his prodigious culinary skills in creating a minestrone soup that left adults and children alike asking for second and third servings along with the recipe.

A warm thank you and our deep appreciation to BCS/BNS librarians Susan and Amanda for partnering with us to kick off the 3rd Annual Reading in the Round Series and for always championing the power of reading in the lives of families.

A spirited thank you and our deepest appreciation to our 9th grade poet/presenters: Joshua, Beth, Marselys, Bria, Jaquan, and Niyamisa for the demonstrating the core values of persistence, courage, open-mindedness, and responsibility. Kudos! Kudos! Kudos!

A warm shout out to the parents that presented and modeled our core values of courageous, open-minded, and persistence--Dalila, Harold, and Marilynn.

A warm shout out and our deep appreciation to Tracey for being an ongoing presence for our families and helping to make the Reading in the Round a welcoming space.