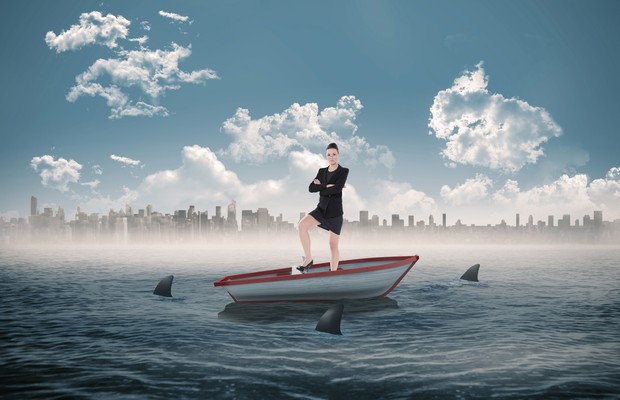 Editorial: Risk Management in the Army

With the great diversity of its operations in the Canada and Bermuda Territory, The Salvation Army is exposed to many risks, both to its reputation and to its assets. In order to identify, assess and monitor the principal risks, a Risk Committee was established in 2014 to ensure that there is a structured process for managing and controlling them.

Readers of Money & Mission will be familiar with many of the processes that have been established. The recent three-part series on the “prudent investor” discussed how the Army’s billion-dollar investment portfolio is managed to reduce the risk of loss through market fluctuations or the erosion in value of particular investments. In November “Christmas Kettles – Keeping Our People and Donations Safe” focussed on steps to reduce risks in this high-profile annual fund-raising effort. Articles in the past three years about the Army receiving Imagine Canada accreditation have summarized the objectives of obtaining this accreditation; while reduction of risk was not an explicit goal, the enhancement of our accountability has had that effect. Also, last March both an editorial and an article discussed the danger of losing charitable status through failure to comply with the requirements of the Canada Revenue Agency.

Unfortunately, new risks sometimes emerge unexpectedly: see the article in this issue about a legal decision that could impact every one of the Army’s ministry units.

We all need to be alert to situations or processes that might expose the Army to unnecessary risk. The Code of Conduct is relevant here: under it every officer, employee and volunteer who becomes aware of a violation of the Code should report it immediately to the Chief Secretary’s Office. No distinction is drawn between accidental or deliberate Code violations, since the effect on the Army’s reputation may be the same. An anonymous way of reporting suspected violations is through the Army’s Whistleblower Policy.

Imagine this: Two 15 year-old boys, JJ and CC, live in a rural community, and CC obtains beer from his mother. They go to the local garage where they find an unlocked car with keys inside. CC, inebriated, takes the car for a joyride (he has never driven and is unlicensed). JJ, sober, goes along for the ride. CC crashes the car and JJ suffers a catastrophic brain injury. Who is “mostly” responsible for JJ’s injuries?

A) JJ, as he clear-headedly chose to be driven by an inebriated, under-aged driver;

B) CC, because he was driving the car under the influence of alcohol and without a license;

C) CC’s mother, because she provided alcohol to a minor;

D) The garage owner, because the unlocked vehicle was stolen from his premises.

If you answered A, B or C, you would be wrong. In J.J. v. C.C. 2016, the Ontario Court of Appeal upheld a trial judge’s decision that a garage owner bore the brunt of the liability for JJ’s injuries, even though JJ was involved in the theft of the vehicle. The idea that an innocent party can be responsible for injuries caused by someone who steals from him seems extravagant. But today, an innocent owner can be held responsible for damage and injury – even when it is caused by theft. This is because the actions of the youths were deemed “foreseeable” in law. Minors are immature and cannot be expected to exercise the judgment an adult would, especially if alcohol or drugs are involved. In addition, there was a history of vehicle theft in the area. Securing the vehicle was not onerous for the owner, especially as he operated a commercial business, and locking vehicles was industry practice.

Ultimately, here is how the liability was distributed:

This is the law in Ontario, and because it was decided by the Court of Appeal, it has considerable weight in other Canadian jurisdictions as well.

Some key take-aways from this unfortunate case:

Organizations and individuals would do well to take precautions and secure items from potential thievery, as liability incurred could amount to far more than the value of the assets themselves.

Have you received one of the following types of e-mail at home or in the office: a request to update on-line banking information; a demand from Canada Revenue Agency for financial data; or an invitation to participate in a too-good-to-be-true business venture proposal? What is legitimate and what is not? Confused and scared? You are not alone. It is estimated that over 150 million phishing e-mails (a scam by which an e-mail user is duped into revealing personal or confidential information which the scammer can use illicitly) are sent out every day. Of that total, 16 million made their way past various filters to computers like yours. How do you protect yourself against these online threats, which may result in financial loss or corruption of the data on your computer?

Here are some tips for minimizing the chance of falling into one of these traps.

It is unfortunate there are so many traps out there, but shutting yourself out from the online world is not the solution. Rather, arm yourself with knowledge and support that will help you to avoid the traps. Think twice before you reply to a suspicious e-mail or click on the link, and learn to spot the potential threats.