In handball, if you take more than 3 steps or more than 5 steps with bouncing the ball in between, a foul will be permitted and the opposing team will be gifted the ball and a free pass. This is to stop players holding onto the ball for too long and to enhance fast flowing, attractive games. the foul will be taken from the spot where the foul had taken place.

Only the goalkeeper is allowed in the box, and if an outfield player goes in the box, his team will be penalised. however, an attacking player is allowed in the box in a certain situation. If an attacker jumps into the box and throws the ball towards the goal before he touches the ground again, this is a vlaid shot. However if the shot goes in and he touches the ground before releasing the ball, this will not be a valid shot and any goal will be disallowed.

If a team is winning and look as though they are trying to waste time by throwing the ball around at the back, a free throw will be awarded to the opposing team. This is because the game needs to be as fast flowing and exciting as possible. With this disciplinary action in place, it will stop teams wasting time and the game will always be fun to be invovled in and watch. 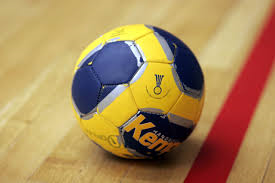