Get email updates from lexi:

A girl of many talents

St. Elizabeth Ann Seton was born August 28th 1774 in New York City, New York. She lost her mother, the daughter of an Anglican Minister, at the age of three. She was deeply attached to her father, who was a physician. She was very caring, taking traits from her father as he cared for people too. She was fluent in French though she was born in New York. She had two sisters. In 1794 she married William M. Seton and together they had 5 children, one of which died of health issues in Italy. In 1797 she opened the 1st charitable organization in New York City. Then she was asked to open an all girls’ Catholic school in Baltimore, Maryland. She was influenced by the ambition to spread education and religion to girls in her time. She prepared for her future by reading the Bible faithfully and becoming a sister. Her childhood influenced her by drawing her to help educate, protect, and serve others.

Seton worked with the poor. In 1797 she joined the first charitable institution in New York City. She joined the Roman Catholic Church in 1805. She opened a school for Catholic girls in Baltimore, Maryland in 1808. She and her companions took vows before Archbishop John Carroll and became the Sisters of St. Joseph, the first American-based Catholic sisterhood. Later they moved to Emmitsburg, Maryland. There they provided free education for the poor girls of the parish. Many consider it the beginning of Catholic parochial education in the United States. In 1812 the order became the Sisters of Charity. Mother Seton continued to teach and work for the community until her death in 1821. Seton hall was named after her. Mother Seton was canonized in September 1975. She Became a Saint Because of Her Dedication and Goodwill to the Catholic Church and opening some Schools

Saint Elizabeth Seton had many deaths in her family. The deaths and separation from her family, served to draw her heart to God and eternity. Accepting and embracing God’s will or “The Will” she called it was a keynote in her spiritual world. Elizabeth’s concern for the spiritual welfare of her friends and family led her to the Catholic Church. She joined the Catholic Church in 1805. She lost her mother at a young age, she felt great comfort in the idea that the Blessed Virgin was truly her mother. She offered a free Catholic education school in American. In 1809, she announced she would help people who are in poverty, chastity, and obedience. When Mother Seton was afflicted with tuberculosis, she still continued to guide her children. We celebrate her by her feast day which is January 4. She was also the first native born American to be canonized by the Catholic Church. 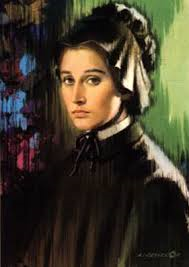 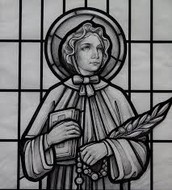 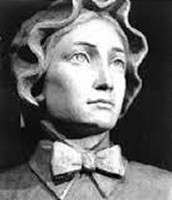 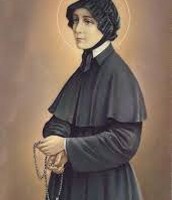 BY: Lexi, Emily, Allen, and Luke