Bharan is using Smore newsletters to spread the word online.

Get email updates from Bharan: 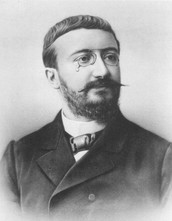 2. Born on July 8th 1857 in France, Alfred Binet, one of the most influential French psychologists and scientists, is known for his extensive research related to the mental capacity of humans. He literally revolutionized the fields of education and psychology, especially in regard to intelligence testing. Binet’s findings were way ahead of his time, and although he did not quite realise the true worth of his contributions, his name is cemented in the world of psychology.

He is known for his intellectual development research on children. The research emphasis of Alfred Binet on the variable intelligence of children offered a fundamental model for measuring and understanding the individual differences of both typically and atypically developing children.

Binet believed that the purpose of cognitive development is to allow children to adapt to the physical and social demands of their environment, emphasizing the fact that children learn by assimilating new experiences into their existing ways of thinking.

Binet had done a series of experiments but his most famous were the ones he performed with chess players to see how well they played when blindfolded. He found that only some of the master chess players could play from memory and a few could play multiple games simultaneously without looking at the boards. To remember the positions of the pieces on the boards, some players envisioned exact replicas of specific chess sets, while others envisioned an abstract schema of the game. Binet concluded that extraordinary feats of memory such as blind chess playing could take a variety of mnemonic forms. The approaches of Binet’s experimental research also addressed schoolchildren. French physical chemist Victor Henri briefly helped him with the investigations of visual memory and research regarding individual psychology. He advocated that the intelligence of a person, and the individual differences in intelligence of more than one persons, could well be measured.

We do not agree with this theory

This is due to the fact that it is a lot more complicated to measure a persons intelligence, and a simple test cannot. Of course it's still a little undetermined right now, but a simple test of memory doesn't evaluate ones intelligence.

Bharan is using Smore newsletters to spread the word online.