Everything that you need to know about his career!

Everything that you need to know about his career! 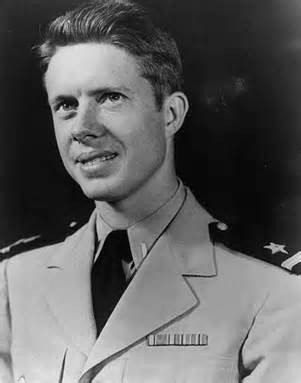 Jimmy Carter first started out with a military career in the Navy, but he had to return home when his father passed away and had to take care of his family's peanut farm in Georgia. Carter then began his political career in 1962. 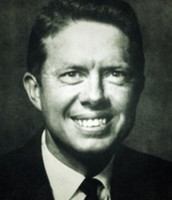 Jimmy Carter as a Senator

Jimmy Carter started his political career as a senator.

Carter campaigning for the governor's spot in Georgia. 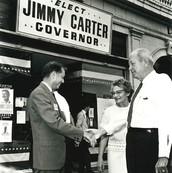 Carter was elected for Georgia's governor.

In 1962, Carter won the state senate for the 14th district of Georgia. He served two full terms and prompted the need for reorganizing Georgia's system while in office. In 1970, carter won the governor's race and immediately began to create a "new Georgia". He used his four years in office to reconstruct the government. Then, in the 1976 election, Carter became the 39th President. 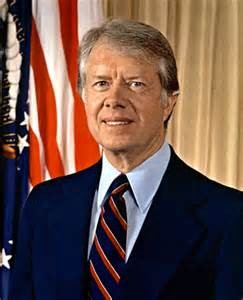 President Carter served from 1977 to 1981. In this time, Carter recognized the fight between Arabs and Jews for land. He invited Egypt's president and Israel's prime minister to Camp David to try and work out a peace treaty. On Sept. 17, 1978, they had finally negotiated a peace treaty, "Camp David Accords". Many people saw this as a diplomatic miracle. After this, Carter established the SALT II nuclear limitation treaty with the Soviet Union that limited the number of nuclear weapons in the US and USSR. Soon after agreeing with these terms, the Soviets ignored the agreement and invaded Afghanistan. Carter responded with a grain embargo and a boycott of the 1980 Olympics in Moscow. Even worse for his presidency was the Iran Hostage Crisis. In 1979, Iranian students took the US Embassy in Tehran and took those inside hostage. The students were angry at carter for allowing Iran's leader to receive medical treatment in the US. They demanded that he be returned for the hostages. Carter refused the exchange and instead set up a rescue mission. But, unfortunately, the helicopter which held US soldiers crashed into a transport plane and killed everyone on board. Americans were enraged at Carter and because of this he did not win the 1980 election. When the Iranians heard of this, they let the hostages go. 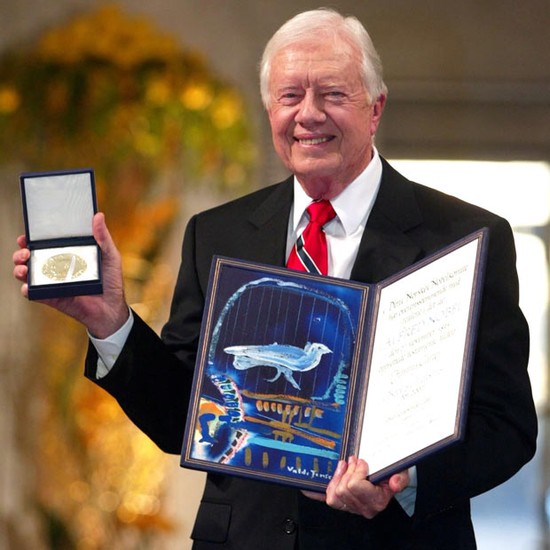 Although Carter's ratings were not that high when he was president, he has become one of the most admired ex-presidents in history. He has worked to promote democracy and human rights all across the world. He built the Carter Center in Atlanta in 1982, which works to fight diseases and things of that nature. The center has also monitored over 80 elections in 34 countries. For his hard work and dedication to humanitarian efforts and ending international conflict, Carter received the Nobel Peace Prize.