Cheyanne is using Smore newsletters to spread the word online.

Get email updates from Cheyanne: 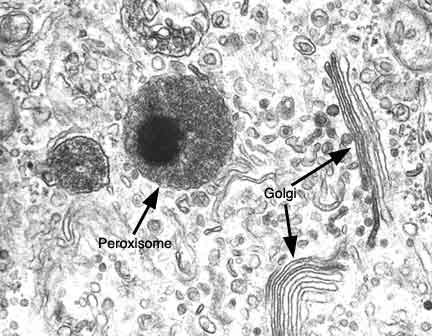 -Peroxisomes absorb nutrients that the cell has acquired. They are very well known for digesting fatty acids. They also play a part in the way organisms digest alcohol (ethanol). Because they do that job, you would expect liver cells to have more peroxisomes than most other cells in a human body. They also play a role in cholesterol synthesis and the digestion of amino acids.

-Peroxisomes work in a very specific way. Their enzymes attack complex molecules and break them down into smaller molecules. One of the byproducts of the digestion is hydrogen peroxide (H2O2). Peroxisomes have developed to a point where they are able to contain that hydrogen peroxide and break it down into water (H2O) and oxygen (O2). The water is harmless to the cell and the oxygen can be used in the next digestive reaction.

-There are many ways that peroxisomes are similar to lysosomes. They are small vesicles found around the cell. They have a single membrane that contains digestive enzymes for breaking down toxic materials in the cell. They differ from lysosomes in the type of enzyme they hold. --

-Peroxisomes hold on to enzymes that require oxygen (oxidative enzymes)

-Peroxisomes have a single membrane that surrounds the digestive enzymes and dangerous byproducts of their work (hydrogen peroxide). The protein enzymes are usually created by lysosomes floating in the cell. They then insert the proteins into the peroxisome bubble. Peroxisomes continue to grow until they split in two. Where does the membrane come from? Scientists are still researching that answer. It may come from the endoplasmic reticulum, but it may be created in a way different from lysosomes. 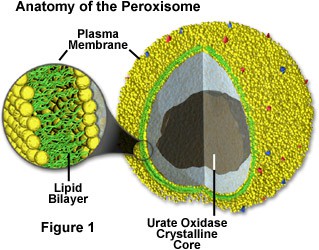 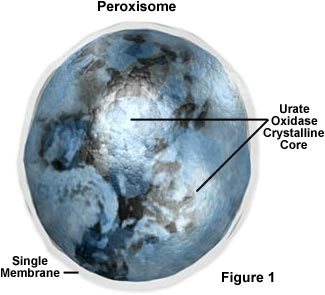 Cheyanne is using Smore newsletters to spread the word online.