cambree is using Smore newsletters to spread the word online.

Get email updates from cambree: 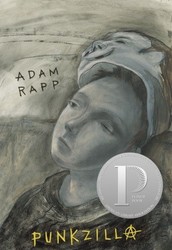 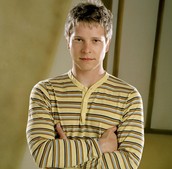 Jamie is a fourteen year old, ADD ridden, runaway from Cincinatti, Ohio. His full name is James Emmet Wyckoff. He has hazel eyes and silver-blonde hair. He's also on a journey to Memphis, Tennessee.

P, short for Peter, is Jamie's homosexual twenty-seven year old brother. He is a runaway, as well. He resides in Memphis, Tennessee, and writes plays for small theaters. P is dying of cancer.

Jamie describes a smelly, bumpy, dirty Greyhound bus. As well as many other places across the United States, including his former home in Cincinatti, Ohio, that sported a fake front lawn and a zen garden in the back. He vividly desrcibes the dirtier, drug-ridden parts of Portland, Oregon.

Jamie Wyckoff is a fourteen year old runaway. Originating from Cincinatti, Ohio, he was sent to Buckner Military School for his rebellious actions. Going AWOL, he escaped to Portland, Oregon. While there, he busies himself with stealing iPods for Fat Larkin and smoking with Branson. His quiet, easy- going, crime filled lifestyle changed when he received a letter from his brother Peter. He was dying of cancer. Jamie hitched a ride on a Greyhond bus, ready to make the trip from Portland to Memphis. Nothing could prepare him for the people he was about to meet on this agonizing trip. After being on the bus for a day or so, he gets off at a station, planning on returning to the bus. This plan fails miserably when he is jumped in the bathroom, and the thugs take everything but his notebook. While resting off the pain, he meets an unbelievably smart young boy by the name of Sam. After winning a ride with Sam and his mom, Jamie takes Sam's bag and runs. Eventually, he finds himself in the back seat of a Lincoln with an old lady that has a leaky eye. When they drop him off at the Lakeside Motel, where he meets Lewis Williams, a transgender who has lived at the motel for six months. Lewis offers him shelter for a night, and they say their goodbyes in the morning. A truck driver by the name of Luther helps Jamie get as far as Lisco, Nebraska, where a photographer picks him up. After taking a photo shoot with Jamie, he drives him thirty miles east and leaves him at a rest station. Luckily for him, a man by the name of Kent picked him up in his Chrysler LeBaron. Is Kent Jamie's last hope to see Peter?

Any books valid for the Printz Award must be published between January 1 and Decemeber 31 of the year preceeding the announcement of the award. Books from other countries are permitted if the American publication is within designated dates. Genres for the award include nonfiction, fiction, poetry, and anthologies. All books must be designated "young adilt," for ages twelve to eighteen, by the publisher. This award began is 2000 for 1999 publications. It was named after Michael L. Printz, a librarian in Topeka, Kansas, at Topeka West High School. He encouraged writers to focus on young adults. He created an author-in-residence program at TWHS to promote new talent and encourage his students. Printz died at the age of 59 in 1996.

Adam Rapp was born on June 15, 1968, in Joilet, Illinois. He was the second of three children. As a young man, he preformed in two bands. Adam is self described as a "jock who discovered he was an artist." He is an American playwright and novelist. Rapp has written eight books for young adults and one for adults. Twenty of his plays have been preformed off Broadway at regional theaters and overseas. One of his plays, "Jack on Flim," was preformed on Broadway. All of his books and plays end rather drearily, with faint hope for characters. He has written and directed two adaptations of "Winter Passing" and "Black Bird." His play, "Red Light Winter," won an Obie Award. The music Rapp wrote for his play, "Essential Self-defense," was nominated for the Drama Desk Award. He also won the Roger L. Stevens Award.

There are a lot of things I dislike about this book, but there's also a lot of things I enjoyed. The story is so painfully hopeful, yet tragic. It's raw, and nothing is sugar-coated. I like that because that's how life truly is. The immense lack of grammar bothered me immensely. It's slightly understandable, though, seeing that Jamie is an ADD ridden teenager who doesn't take his medication.

cambree is using Smore newsletters to spread the word online.