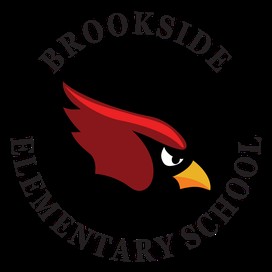 Brookside is using Smore newsletters to spread the word online.

Get email updates from Brookside:

For many families, the scariest part of trick or treating is spooky lawn decorations or creepy costumes. For those with children with food allergies, however, the treats themselves are the most frightening part of the night.

Russell Adler is like most 3 ½ year olds at Halloween. He wants to run around his Haworth neighbor-hood, show off his costume, ringing door bells and yelling “Trick-or-Treat!!” For his parents, though, the trick is keeping all of the candy he’s allergic to out of his bag.

“He can’t eat almost anything people would give out except for gummy bears and Dum Dums” said his mother, Bari. “He’s never going to have Halloween like I had it as a child.”

Last year, Bari carried those safe treats with her and when a house didn’t offer anything Russell could have, she’d drop one of theirs in his bag and announced that he got another lollipop. “He ate a lot of lollipops last year,” she said.

This year it will be more of the same. The Adler’s will also be on the lookout for the blue pumpkins like the one they will have out at their house as part of the Teal Pumpkin Project, run by Food Allergy Research and Education (FARE).

The initiative, in its second year nationally, asks participants to provide non-edible items such as Halloween themed pencils, rings, stickers or glow necklaces for trick-or-treaters and put a teal painted pumpkin in front of the door, along with a sign indicating non-food options (FARE has downloadable signs on its website). The object is not only to further educate the public but also to help give food allergy families more fun than fear.

“Food allergies can be life-threatening and they affect 1 in 13 children in the United States, so the chances are there’s a child in your neighborhood or on your block who is living with this disease very day’” said Veronica LaFamina of FARE. “By communities and households participating in the Teal Pumpkin Project, you’re helping those kids have a safe Halloween experience, a happy Halloween experience just like their friends.” Families of kids with food allergies love the idea. “We want all kids to enjoy the holiday, and it’s not about the candy, it’s about the experience,” said Bari Adler.

More than 10,000 people from all 50 states and five countries outside of the United States have signed an online pledge to participate in the project this year, according to LaFemina, who added that tens of thousands have downloaded materials from the website.

It’s a big deal to see others participate and try to understand, according to Adler, who said despite having very supportive friends and family they have encountered people who don’t know why it’s a big deal or don’t want to change plans to accommodate her son’s life-threatening allergies. She is not alone. “It’s definitely something people do not understand until it happens to you or someone close to you” said Rachele Cohen of Bloomfield.

The mother of a toddler son with food allergies will be in Ridgewood for the FARE walk this weekend. She said she posts about food allergies on social media and receives comments she calls “absurd” and “so upsetting.” People tell her that if she let her child eat dirt or didn’t use so much hand sanitizer, his immune system would work better and he wouldn’t have food allergies. “I don’t think I even own hand sanitizer,” she said.

This year, she’ll participate in the Teal Pumpkin Project or the second time, handing out non-food items. She may take 1 ½ year old Caswell out to run around with trick-or-treaters, because he doesn’t really understand what trick-or-treating is about yet and she can monitor anything he might get.

Take away message for the Brookside School Community: If you would like to have Trick-or-Treat bags at your classroom Halloween Celebration, please make them non-food items such as pencils, stickers, etc. so that everyone can enjoy your treat. 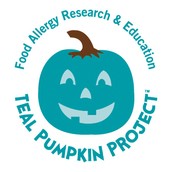 Brookside is using Smore newsletters to spread the word online.