New Weapons of World War I

New Weapons of World War I

Many new weapons were designed for or used for the first time in WWI. Trench Warfare had a huge impact on the weapons used and how they were used. 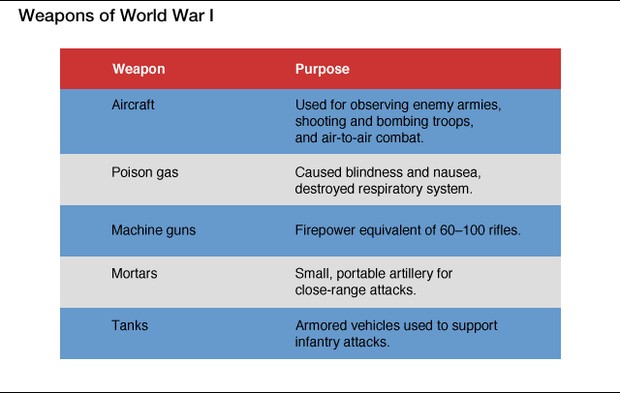 Used by submarines to blow up ships.

15 rounds could be used in one minute and could kill those 1400 meters away.

These weapons played an important part in the war. Some, like poison gas, could easily and quickly kill many people.

Follow Carrie Urbanek
Contact Carrie Urbanek
Embed code is for website/blog and not email. To embed your newsletter in a Mass Notification System, click HERE to see how or reach out to support@smore.com
close