Get email updates from Cayla:

The battle of Marathon

WHAT WAS THE CAUSE?

2.Hippias was angry that the Athenians had thrown him out, and he was hoping to get back into power in Athens with Persian help. (Tyrant)

3.Persia wanted to extend its territory

HOW COULD THE CONFLICT HAVE BEEN AVOIDED?

WHO WAS INVOLVED IN THIS CONFLICT?

WHAT WAS THE PROBLEM?
Persians wanted to conquer Greece

WHERE DID THIS CONFLICT TAKE PLACE? 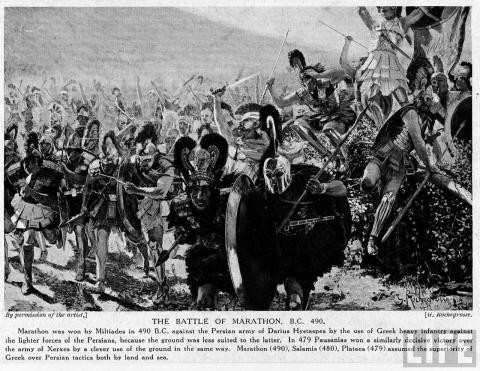 The Battle of Thermopylae

-fought between alliance of city states

- took place with the battle at artemisium during 480 BC

- response to the first persian invasion, in which the persians wanted to defeat the Athenians in the end the athenians won in victory