Franz Ferdinand, the next king of Austria-Hungary, was in Bosnia visiting the capital. While he was riding through the city, a Bosnian revolutionary shot Ferdinand and his wife dead. This assassination was organized by Serbian Officials who wanted to start a war with Austria-Hungary and destroy them.
The Balkan Powder Keg is More Explosive Than Ever Imagined | Apocalypse: WWI

On May 7, 1915, a U-boat sank the British passenger ship Lusitania, killing over 1,000 people including 128 Americans. This attack made British propaganda look credible and America started leaning towards war. 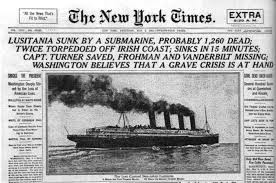 In February of 1917, Germans continued sinking American ships, and the United States was forced to take action. On April 2, 1917, Wilson and the U.S. Government declared war on Germany.
The US in World War I | History

In order to get enough troops, Wilson decided a draft was necessary. Instead of having the military run the draft from Washington, D.C., the Selective Service Act of 1917 required all men between 21 and 30 to register for the draft. A lottery randomly determined the order in which they were called before a local draft board in charge of selecting or exempting people from military service.
THE DRAFT | The Selective Service Act | PBS

The Sedition Act of 1918 made it illegal to speak against the war publicly. In practice, it allowed officials to prosecute anyone who criticized the government. 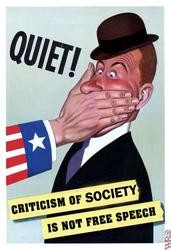 Lenin agreed to the Treaty of Brest-Litovsk with Germany on March 3, 1918. Under this treaty, Russia gave up the Ukraine, its Polish and Baltic territories, and Finland. 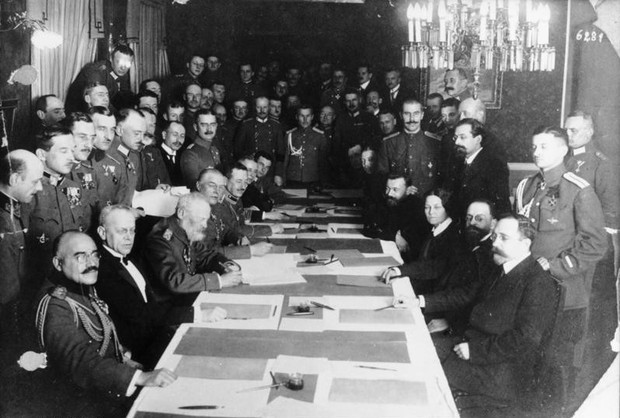 In late October, sailors in Kiel, the main base of the German fleet, mutinied. Within days, groups of workers and soldiers seized power in other German towns. The German emperor stepped down, and on November 9, Germany became a republic. Two days later, the government signed an armistice—an agreement to stop fighting. On November 11, 1918, the fighting stopped. 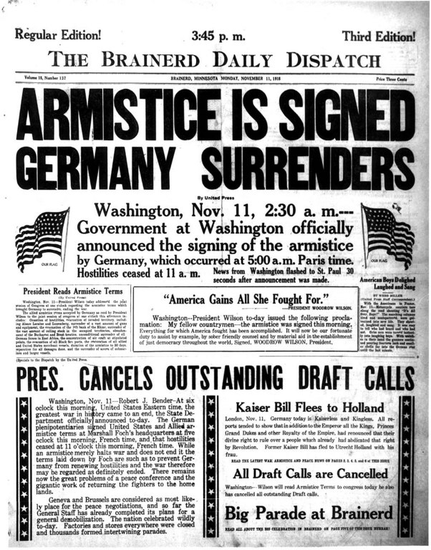 The Treaty of Versailles, reluctantly signed by Germany on June 28, 1919, included many terms designed to punish and weaken Germany. Germany’s armed forces were greatly reduced and its troops were not allowed west of the Rhine River. The treaty also specifically blamed “the aggression of Germany” for the war. This allowed the Allies to demand that Germany pay reparations—monetary compensation for all of the war damages it had caused. A commission decided that Germany owed the Allies about $33 billion. This sum far exceeded what Germany could pay all at once and was intended to keep its economy weak for a long time. 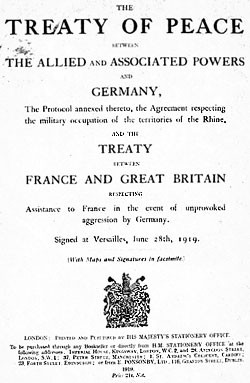