Leading for Change in STEM Education 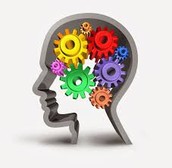 STEM education has a significant impact on 21st century learning and the expected goals of having college and/or career-ready graduates. STEM has increasingly become a means for critical thinking, collaboration, creativity, communication, problem solving and global citizenship. This series will help leaders focus on how to think differently about the role of STEM in increasing student learning and achievement in all disciplines.

Session I: Demystifying STEM Education – How Leaders Can Be a Change Agent

This session is designed to help leaders understand what STEM education, why it is important is and the impact it potentially could have in a school district.

How do you build and grow an initiative that needs to transcend your leadership? This session is designed to help participants think about the next steps in analyzing STEM from not just an individual leader approach but a systemic perspective.

Outcome: Specific goals to address building and sustaining a STEM movement in the district and how to build support among constituencies groups. Develop defined STEM goals and students’ outcomes for their district.

Dr. Yvonne Spicer is a national and international speaker and advocate for pre-college science, technology, engineering, and math (STEM) education. Spicer was honored in 2009 by Mass High Tech: The Journal of New England Technology as one of 10 "Women to Watch." Concerned by how many children in the U.S. "are shut out of technology and engineering," Spicer makes a compelling case for closing the underrepresented minority gap in engineering and school leadership.

In January 2010, Spicer was appointed to the Massachusetts Governor's STEM Advisory Council as the co-chair of the council's teacher development committee. She was instrumental in establishing the 2001 Massachusetts technology/engineering curriculum framework with Ioannis (Yannis) Miaoulis, president and director, Museum of Science. She is also an advisor to the National Governors Association.

In addition, Spicer advocates for the Museum's K-12 curricula, Engineering is Elementary®, Building Math, and Engineering the Future®, and she directs the Gateway Project, which originated in Massachusetts and is being replicated across the U.S. as a model to build leadership capacity for technological literacy. Designed to guide systemic change, the Gateway Project helps school districts develop a strategic plan of action to implement K-12 technology and engineering programs. The Gateway community totals over 400 educational leaders representing 80 urban, suburban, and rural school districts.

Earning her doctorate at the University of Massachusetts-Boston in 2004, she focused her dissertation on how nine African American female public school principals transformed their schools and thrived as educational leaders. Spicer is the former director of career & technical education in Newton, Mass., and served as the statewide technology/engineering coordinator at the Mass. Department of Elementary and Secondary Education. She earned B.S. and M.S. degrees in industrial arts & technology from the State University of New York-Oswego. A Brooklyn, New York, native, she is committed to improving opportunities for females and students of color in science, technology, engineering, and mathematics (STEM) fields. 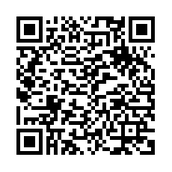 Cost for this series of three events is $500.00 per person and includes breakfast and lunch plus all materials. Each session is scheduled for 9am – 3pm at SERESC in Bedford.

Click here to register – (one registration per team, please) 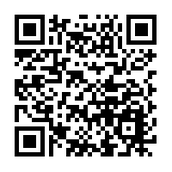 Cancellation should be made in writing. A full refund will be made for cancellations postmarked, or sent via email, 7 days before the event.

No refunds will be given for requests received after 7 days before the event, or for "no shows". We do accept substitution of another person at our conference. 24 hours of notification is appreciated.

All received registrations are subject to Cancellation/Refund policy. Cost of registration fee is still liable whether payment is paid or unpaid, if no notice of cancellation is received at least 7 days prior to the event.

If minimum requirement enrollment is not met prior to the early registration deadline, the event may be postponed or canceled.

Our mission is to inspire innovation and excellence in education and professional practice, and our vision is for helping organizations and individuals achieve their greatest potential as they learn, lead and grow. Our core values are innovation, excellence, integrity, and service.