One Depressed, Talented and Hardworking Poet

One Depressed, Talented and Hardworking Poet 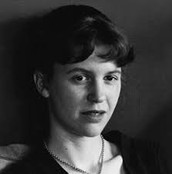 Sylvia Plath was born in Boston, Massachusetts on October 27, 1932. She wrote poems that defined her relationships. She was very excited and strived to succeed. Plath kept a journal from the age of eleven and published her poems in magazines and newspapers. She was an outstanding student went through some hard times with her dad passing away. Despite her suicide attempt in 1953, she managed to graduate summa cum laude in 1955. After she graduated, she got married to the English poet Ted Hughes and about four years later gave birth to her two children in England where she returned to study with Robert Lowell. In 1963 her husband Ted Hughes left her. Plath was in great depression and wrote most of the poems that led to her book, Ariel. Sadly In February of 1963 Plath wrote a note telling her neighbor him to call the doctor where she proceeded to commit suicide using her gas over. Her work is singled out for being knows for its violent or disturbed imagery and it playful use of alliteration and rhyme. Although Plath's book Colossus and Ariel was published while she was alive, Hughes published three other volumes of her work. She was the first poet to win a Pulitzer Prize. 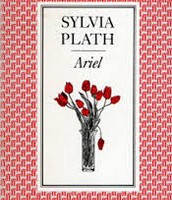 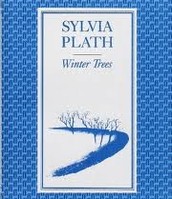 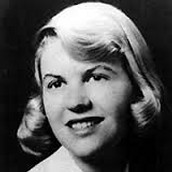 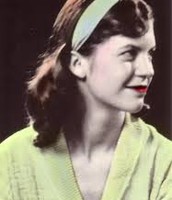 This poem was published after she had passed away. It was a very depressing poem. Enotes.com described it as having "Holocaust metaphors and allusions", which creates a poetry that captures the trauma and suffering of the ones she's writing about. She communicates the horrors of living in a suffering female body. The poem speaks through power, brutality, and violence. It also emphasizes on issues to female agency and freedom, or lack thereof.

Plath wrote this book before she found out about her affair with her husband, Ted Hughes. This poem could explain her loneliness and lack of freedom. She uses the forms of metaphors. Her wish was to be emotionless (she is jealous of the trees). She also may be writing about her hate towards her own body and women in general.

This poem is very dark and I think it is very creep. And like the title says, is about her dad. Her dad was never nice to her, she even mentioned she wanted to kill him, but she was too late because he had already died when she was ten. This poem rhymes a lot and it is pretty consistent. I like this poem because it really explains what she really feels like with her family and some of what she went through.

I think the poem is about the people telling what she see's and demons she can see that live inside of her. This poem also shows how depressed she was and how dark her life was back then. It makes it sound like the poem lost hope and gave up on itself. It has a lot of irony. I think she was using the imagery of a tree to try and convey feelings of being cruelly battered and scarred. But yet being strong enough to put up with it and survive.

"The child's cry melts in the wall. And I and the arrow, the dew that flies suicidal, at one with the drive into the red eye, the cauldron of morning..."

"Full of wings, otherworldliness..." "The shadows of ringdoves chanting, but easing nothing."

"You stand at the blackboard, daddy, in the picture I have you, a cleft in your chin instead of your foot but no less a devil for that, no not any less the black man who bit my pretty red heart in two..."

"Love is a shadow how you lie and cry after it. Listen: these are its hooves: it has gone off, like a horse..."

Follow Ashley Bellin
Contact Ashley Bellin
Embed code is for website/blog and not email. To embed your newsletter in a Mass Notification System, click HERE to see how or reach out to support@smore.com