Fort Hayes has formed an alliance with Asahikawa Jitsugyou High School that exchanges yearly. Last year we hosted 10 Asahikawa students for three weeks. This school year they will return the favor and host 8 Fort Hayes students.

As part of our exchange, students participate in various class experiences.

Students who go on the exchange live with a Japanese family for 3 weeks. This is a great way to experience 'true' life in Japan.

Temples, Shrines, and castles- Oh my!

Japan has the 2nd largest economy in the world

Japan is a prosperous country and has the most diverse economy in Asia. With a GDP of $4.9 trillion in 2005, Japan's economy is 2nd only to that of the U.S. The leading Japanese companies are among the largest, most efficiently run, and most well-known firms in the world. Familiar names like Sony, Toshiba, Sanyo, Casio, Canon, Minolta, Honda, Toyota, Mitsubishi, and many others have infiltrated the world market in a variety of sectors.

Whether you're in the field of business, engineering, manufacturing, research, economics, or politics, chances are you will be competing with, if not working for, a Japanese entity. 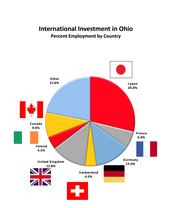 Ohio Association of Teachers of Japanese meets twice a year to collaborate. Mrs. Imamura enjoys meeting with her colleagues from other districts to learn new teaching strategies! 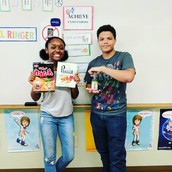 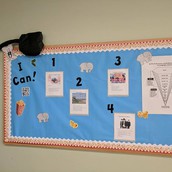 I can statements are posted on the bulletin board in the back of the room for students to check their progress. 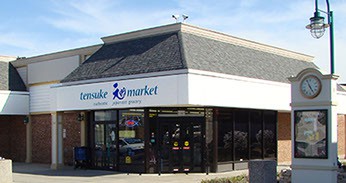 You can get the feel of being in Japan without ever leaving the Columbus area! Visit the Tensuke Market area!! 1167 Old Henderson Rd. Columbus, OH 43220
Embed code is for website/blog and not email. To embed your newsletter in a Mass Notification System, click HERE to see how or reach out to support@smore.com
close