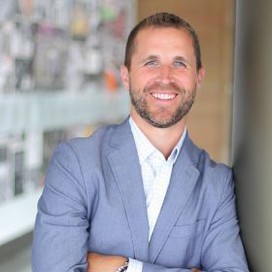 Grant Wood AEA collaborated with the Association of University Women (AAUW) and Coe College to provide the annual Open Minds, Open Doors conference, a half-day conference intended to encourage middle school girls (7th-8th grades) to pursue career fields with foundations in science, technology, engineering and math (STEM). We had 23 Franklin girls attend two hands-on workshops, and a "lunch and learn" rotation including the STEM Expo and an auditorium-style presentation. Presenters were professional working women who volunteer their time. Presenters represent a variety of careers and businesses in the Cedar Rapids-Iowa City corridor 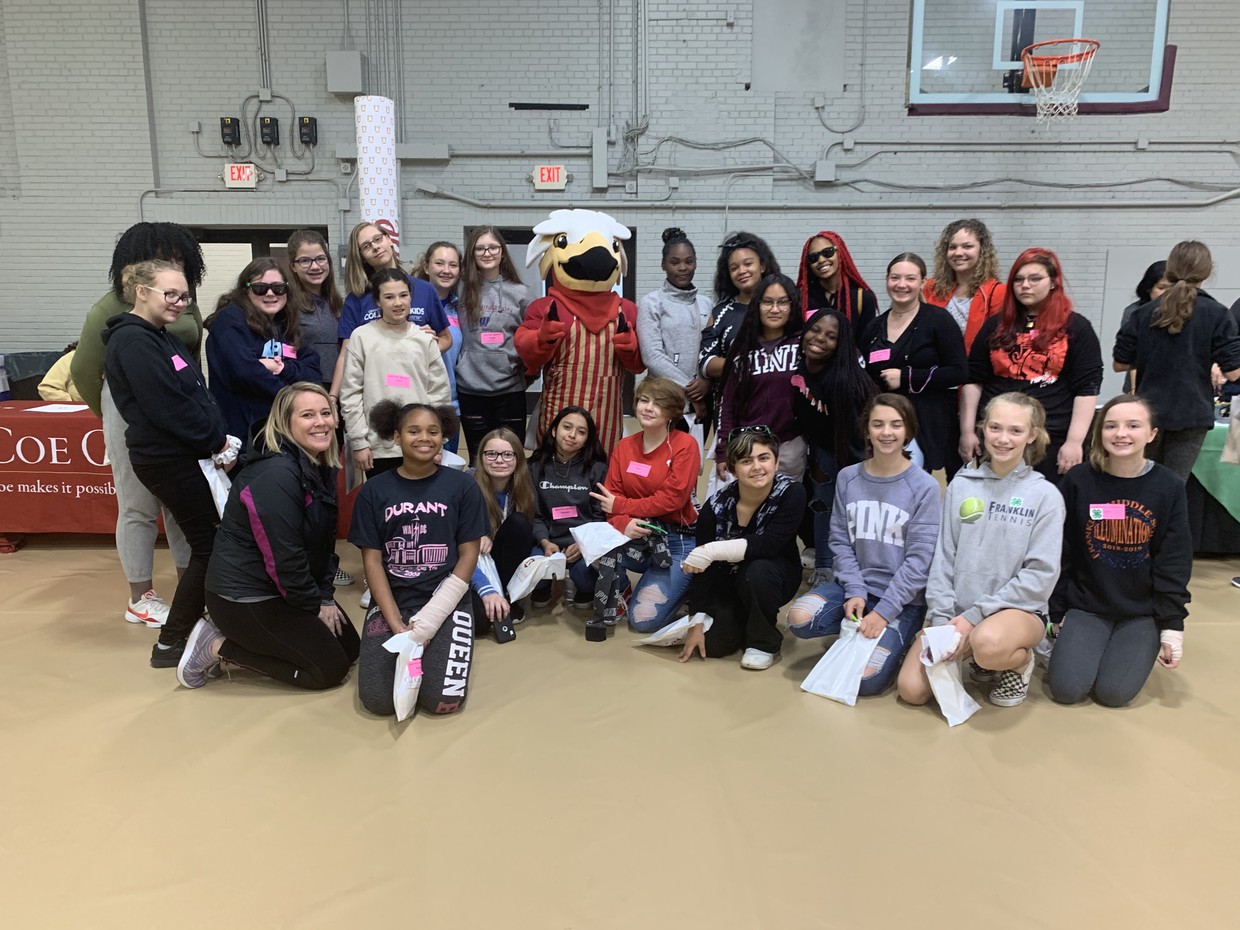 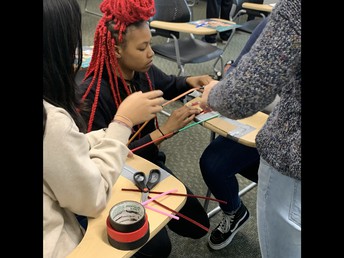 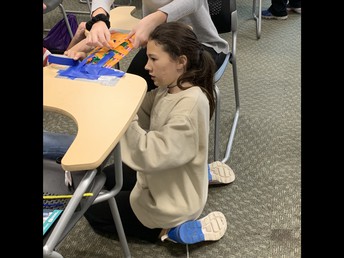 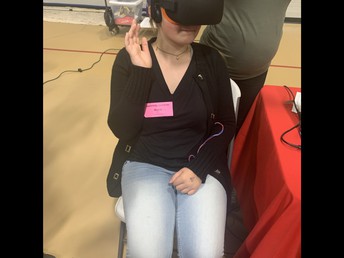 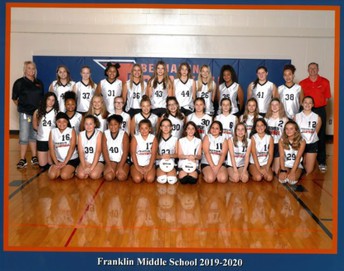 The 7th volleyball team had a tremendous season with an overall record of 7 wins and 3 losses. Every one of our players proved over and over they could earn points serving during our games. The girls learned a lot about competitive travel as a Franklin Bolt and consistently offered our opposing teams high levels of integrity and competition. Unfortunately, the successful season had to come to an end; however, the club volleyball club season will be starting soon. There are many volleyball club options in Cedar Rapids that offer training at different levels and abilities. The Franklin coaches are looking forward to supporting this group again next year and can't wait to celebrate another great season. 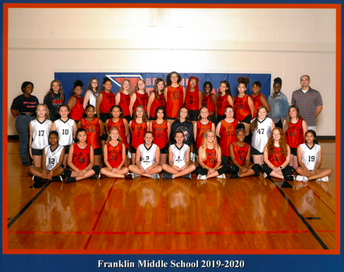 Coach Toyne would like to thank the 8th grade volleyball girls for a great season. The players improved every week and I’m proud of the growth everyone made and hope they had as much fun as I did. This team showed a great deal of hard work throughout the season and I hope they continue to play, get better, and grow as a team. I would like to thank Franklin Middle School for the opportunity and hope we’ve made our fellow Bolts proud. 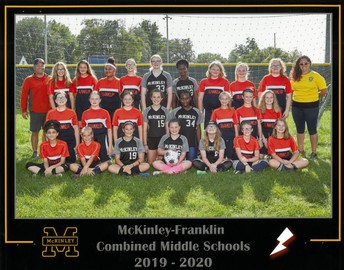 Although the record wasn't what they would have liked, the Franklin Girls Soccer team had a terrific season. They, along with a handful of McKinley players, had 2 wins and 4 losses to four very tough teams. They lost competitive matches to Oakridge, Excelsior, Harding and Prairie. Their 2 wins were by and average of 10 goals. All of the losses came with key players missing for other commitments, but the reserve players filled in and did a great job! Most importantly, the effort and sportsmanship these girls displayed was second to none! 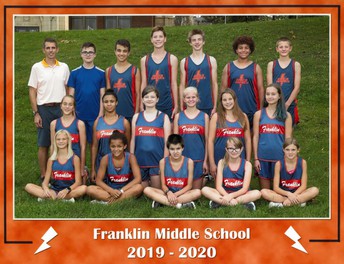 This past cross country season can be considered a very successful one, based on individual

performances as well as weather. As far as the meets go, we were able to run in five out of the

six that were scheduled, which hasn’t happened in quite some time due to past weather. We

did have our fair share of weather to work around, but we were lucky that most meet days

landed on days that had great weather. The girls team was lead by Abbie Richey who placed in

performance at our conference race. On the boys side, Ben Knipfer paced the team coming in

first for the team at each meet he competed in, which was highlighted by a 16th place finish at

the Center Point Invitational. Coach Hetrick was extremely pleased with the improved efforts

bring. I would also like to say thank you for the time and effort put in by all the runners, but I

especially would also like to thank parents for supporting their child in cross country. 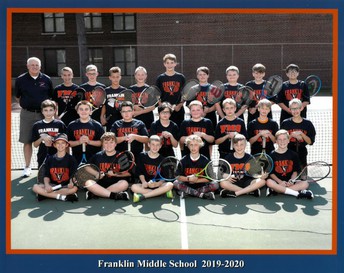 The Franklin Tennis team had a nice turnout. We had 24 players start and finish the season. We finished the season with a record of 9-0. Our eighth graders were undefeated both of their years at Franklin and the school has 42 match winning streak going. (Undefeated the past four years and 8-1 the year before.)

We relied on our depth this year to help us in every meet. 8 different players played at one time or another in the top 6 singles this year.

Our reserves finished with a record of 6-3. The team improved in every meet.

Most importantly every player improved their game during the season and displayed great sportsmanship. 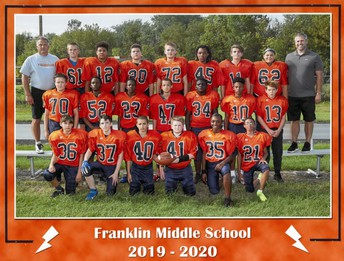 The 7th grade football team was small in numbers, but mighty in effort. As the season progressed this year, numbers dropped a little for the 7th grade football team. They had some injuries and some people that decided that football just wasn't their sport. The coaches were glad that some people tried the sport and gave it a shot, but the ones that stuck it out did a great job. The 7th grade record may not have been so impressive (1-4), but their efforts were. Their lone win was against Wilson, where they took it to the house and scored 60 points. The team also had close games with Regis/LaSalle, Harding and Excelsior who had much bigger teams, from which to sub in players so they could get a rest. Throughout the year the team got better and better from game to game. They showed up to practice and worked hard to make improvements and were willing to change positions to help the team whenever they were asked. The coaching staff were pleased with their efforts and how they came together to motivate and push each other to get better. We look forward to how they will perform next year with another year of growth and experience. Congratulations on finishing your fist season as a Franklin Bolt! 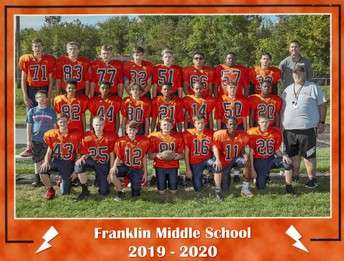 The 8th grade football team recently finished its season. While we did not get the results that we wanted related to wins and losses, we improved throughout the season and displayed many characteristics the players can build on for the future.

The season started with a pair of tough losses to Harding and Regis/LaSalle. In those games, the Bolts touchdowns were all scored on passes from Yealeseh Amah. Tight end Logan Aswegan had two scores, while wide receiver Reid Hall caught one.

In the third game, Franklin battled Northwest of Iowa City in a 16-14 defeat. Running backs Jamari Benson and Jayden Webb both had big games for the Bolts.

The next week against Harding, Franklin jumped out to an early lead, and the defense - led by Webb, Geofflin Donre, Jackson Packingham, Isiah Wells, Aswegan and Ryan Miller - held Harding out of the end zone 3 times from inside the five yard line in the final minute, before allowing the deciding touchdown.

In the final game of the year against McKinley, Webb's work on offense and defense was pivotal in closing the margin to a touchdown in the fourth quarter before turnovers sealed the Thunderbolts' fate.

Overall, the team improved throughout the season, and many of the players are already on to their next season, as basketball begins.

Good luck in the sports seasons to come!

As we approach the holiday season, there's a strong chance you might be visiting your local Hy-Vee Grocery, Gas, or Drug Store. Throughout the year, we welcome families to bring in Hy-Vee receipts from any Cedar Rapids or Marion store. We have a turn-in bin located in the main office.

During the year, we hold two homeroom challenges. Our first Hy-Vee Homeroom Receipt Challenge will be December 9-13. Stay tuned for more information.

We currently have just under 50 members in our Franklin PTA. Families are encouraged to join at any time during the year. You'll find a link below to the electronic copy of the membership form. Even if you're not able to volunteer during the school year, we'd love to have you join as a member.

One of the many ways PTA supports Franklin Middle School is through a teacher dinner at conference time. WithÂ your help, we will host a fallÂ tailgate meal next Thursday, October 24, to show our teachers we appreciate them.

All items may be dropped off at the main office by Thursday at 3:30.Â

We need help with food, paper goods, set up and clean up. Please Sign Up today and THANK YOU for participating. 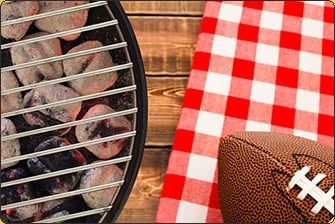 www.signupgenius.com
One of the many ways PTA supports Franklin Middle School is through a teacher dinner at conference time. With your help, we will host a fall tailgate meal next Thursday, October 24, to show our teachers we appreciate them. All items may be dropped off at the main office by Thursday at 3:30.  We need help with food, paper goods, set up and clean up. Please Sign Up today! Thank you!

We had a very successful first year of opening the Franklin Bolt Closet. For families new to Franklin, this closet provides new and gently used clothing, new socks and underwear and all personal hygiene care items for the underserved students who are part of the Franklin family. We protect the students’ privacy by only having the counseling and health center staff know who utilizes the closet. Monthly we will feature one item the closet is in need of.

We also accept monetary donations and have volunteer shoppers for the Bolt Closet. Thank you for your support and helping to ensure every student comes to school clean, appropriately dressed and ready to learn!

See the agenda and treasurer items from our October meeting. We welcome all parents to our PTA meetings. They take place the first Monday of every month from 11:00-12:00. Our next meeting is Monday, November 4. If you're not able to attend the meetings, we encourage you to get involved by helping with our concessions and other sign-ups. Stay tuned for future communication involving these.
docx

See the video below that provides details about this opportunity.

Students — Ride the Bus on Us! All CRCSD, Kirkwood and Coe students can now ride the City bus free all year. High School and College students – just show a student ID to ride free. Elementary and middle school student do not need ID. http://cityofcr.com/transit 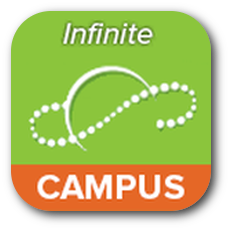 Thanks to all our families for all you've done as we've transitioned student information systems to Infinite Campus. A few reminders of items to complete:

Does this conversation sound familiar?

- Parent: "Is there anything I should know about going on at school?"

If this is occurring at your house, check out the two links below that will take you to ways we communicate announcements to students. These same announcements are read during the school day; both morning and afternoon. 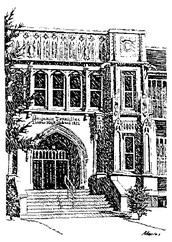 Follow Lucas Ptacek
Contact Lucas Ptacek
Paste in your blog/website to embed.
Aa Aa Aa
High Contrast Mode
Use the box below to choose the language: