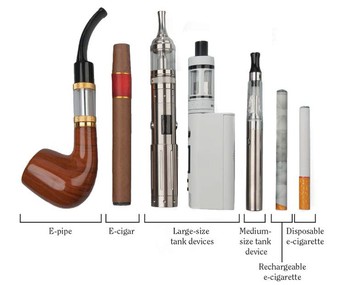 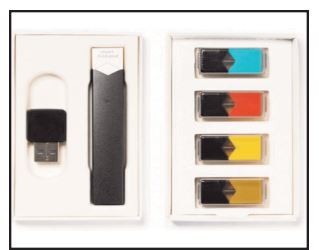 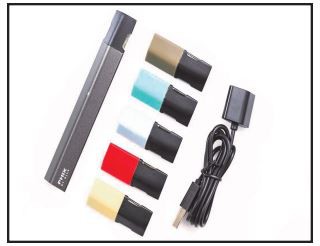 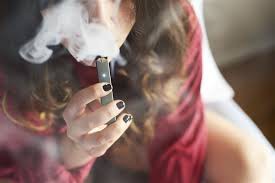 Vaping, Juuling, E-Cigarettes -- Everything You've Wanted to Know but Were Afraid to Ask

You've heard all about it in the news -- vaping and juuling are on the rise among teenagers. But what exactly is vaping vs. juuling and how do e-cigarettes fit? They are all considered Electronic Nicotine Delivery Systems (ENDS) and they have become increasingly popular among young people in the last ten years. These devices have many names: e-cigarettes, e-cigs, cigalikes, vaporizers, vape pens, e-hookahs, tanks, and mods. In 2017, e-cigarettes were the most commonly used tobacco product among high school students (11.7%), followed by cigars (7.7%), and cigarettes (7.6%) (CDC, 2018). The use of these products may result in a new generation of young people developing nicotine addiction and its associated health risks.

Vaping is the act of inhaling vapor produced by a vaporizer or electronic cigarette. The vapor is produced from a material such as a liquid or concentrate.

A vaporizer is an electric device that turns vaping material into vapor. A vaporizer usually consists of a battery, main console or housing, cartridges and an atomizer or cartomizer. The battery generates the power for the heating element in the atomizer or cartomizer, which contacts the vaping material and transforms it into vapor for inhalation.

E-juice is the primary material used in vaporizers. It usually contains propylene glycol, vegetable glycerin, flavoring and may or may not contain nicotine.

What's in the E-juice?

Nicotine -- the addictive chemical in tobacco and a major component in the e-cigarette liquid. Most ENDS contain nicotine; some contain the same amount per puff as traditional cigarettes. However, nicotine content tends to vary widely. Brands like JUUL began using nicotine salts, which allow users to inhale large levels of nicotine more easily and with less irritation (CDC, 2018).

Humectants -- substances that help create aerosol when heated, giving ENDS the ability to mimic cigarette smoke. The smoke is made up of propylene glycol and glycerol. Long term exposure to these substances along with dozens of other chemicals that are often not listed on labels can be toxic.

Flavorings -- additives that come in more than 7000 flavors. Many of the flavors are safe when added to food products but can cause problems with breathing when inhaled.

Metals -- residue from coils used to heat up the e-juice as well as other parts of the device can leak into the aerosol that is inhaled by the user. Chromium, nickel, lead, manganese, aluminum, tin and iron have been detected in ENDS aerosols.

How Do Kids Get Them?

What Can Parents Do?

Hopewell Valley Regional School District and the Hopewell Valley Municipal Alliance are proud to announce that on Thursday, March 28th at 7pm in the CHS PAC, we will be hosting a community discussion about vaping, JUULING and e-cigarettes. There will be a presentation by Kevin R.J. Schroth, Esq., Associate Professor, Social and Behavioral Health Sciences at Rutgers School of Public Health and a panel discussion with Dr. Robert Helmrich of Princeton Nassau Pediatrics, TMS Administration, CHS Administration and CHS Alum.

You will learn more about this dangerous and growing trend and the impact it has on adolescent health. If you have any questions, please contact the Hopewell Valley Municipal Alliance at 609-537-0242. We hope to see you there!! 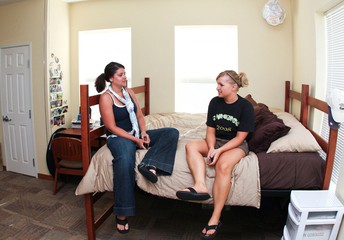 Talk with Your Teen About E-cigarettes: A Tip Sheet for Parents

Be patient and ready to listen.Set a positive example by being tobacco-free.

Find the right moment: A more natural discussion will increase the likelihood that your teen will listen. Rather than saying "we need to talk," you might ask your teen what he or she thinks about a situation you witness together, such as: 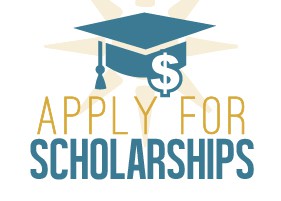 Local Scholarships applications for seniors are available here. The deadline for submitting applications is March 15th at 3pm. Please have your senior apply for the scholarships that are most suitable. 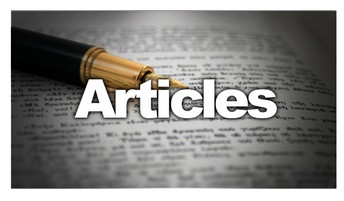 Community College Transfers Outperform High Schoolers At Top Colleges, So Why Do We Ignore Them?

Here’s What Parents Need to Know About Juuling

Addicted to Vaped Nicotine, Teenagers Have No Clear Path to Quitting

E-Cigarettes and Vaping (short video. share with your teen)

Registration deadline for April 13th ACT (not offered at CHS)

SAT ONLY (no subject tests)-- At CHS

Local Scholarship applications due to Ms. Kuschyk in the Counseling office. Google form must be submitted by 3pm. THERE WILL BE NO EXCEPTIONS TO THIS DEADLINE.

Deadline for colleges to notify students of admission acceptance.

Gap Year Presentation -- For juniors and seniors and their parents. Holly Bull, President of the Center for Interim Programs will explain what a Gap Year is and how to take one. CHS Media Center at 7pm.

ACT testing (not offered at CHS)