Why we need to remember the Alamo

Why we need to remember the Alamo

What was so important about the Alamo?

The Alamo was an important battle in Texas' fight for freedom from Santa Ana and the Mexican Government. In this webquest you will learn about some of the important people and events of the Battle of the Alamo.

What was left of the Alamo

Your adventure through the Alamo

2. Second, read the article about the Alamo. Again pay attention to the people it talks about so you can answer the questions.

4. Finally, take the quiz at the bottom of the page and answer the questions about the Alamo. (Click on the link at the bottom) Your teacher will take a grade on this quiz so make sure you take your time.

Why Should You Remember the Alamo? 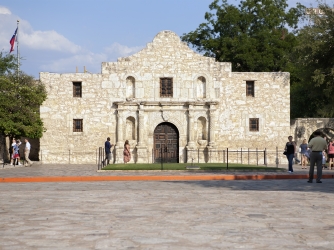 www.history.com
Find out more about the history of The Alamo, including videos, interesting articles, pictures, historical features and more. Get all the facts on HISTORY.com

The Battle of The Alamo

In December 1835, during Texas’ war for independence from Mexico, a group of Texan volunteer soldiers occupied the Alamo, a former Franciscan mission located near the present-day city of San Antonio. On February 23, 1836, a Mexican force numbering in the thousands and led by General Antonio Lopez de Santa Anna began a siege (attack) of the fort. Though vastly (greatly) outnumbered, the Alamo’s 200 defenders–commanded by James Bowie and William Travis and including the famed frontiersman Davy Crockett–held out courageously for 13 days before the Mexican invaders finally overpowered them. For Texans, the Battle of the Alamo became an enduring symbol of their heroic resistance to oppression and their struggle for independence, which they won later that year.

On February 23, a Mexican force comprising somewhere between 1,800 and 6,000 men (according to various estimates) and commanded by General Antonio Lopez de Santa Anna began a siege of the fort. The Texans held out for 13 days, but on the morning of March 6 Mexican forces broke through a breach in the outer wall of the courtyard and overpowered them. Santa Anna ordered his men to take no prisoners, and only a small handful of the Texans were spared. One of these was Susannah Dickinson, the wife of Captain Almaron Dickinson (who was killed) and her infant daughter Angelina. Santa Anna sent them to Houston’s camp in Gonzalez with a warning that a similar fate awaited the rest of the Texans if they continued their revolt. The Mexican forces also suffered heavy casualties in the Battle of the Alamo, losing between 600 and 1,600 men

Susannah Dickinson survived the battle of the Alamo 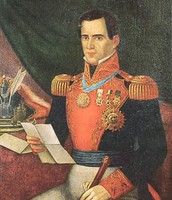 Antonio Lopez de Santa Ana was the President of Mexico

Santa Ana sent Dickinson back to Sam Houston as a messenger

Virtual tour of the Alamo

Battle of the Alamo Quiz

Choose one of the following activities to show what you have learned about the Battle of the Alamo.

Create a video sharing some of the facts about the Battle of the Alamo.

Build a model (physical or virtual) of the Alamo and label different important parts and give important facts.

Draw a picture (physical or virtual) of the Alamo and label different important parts and give important facts.

Create a presentation to share important facts and details about the Alamo.

If you have another idea of how you can show what you have learned, share it with your teacher before starting so they know what you are working on.