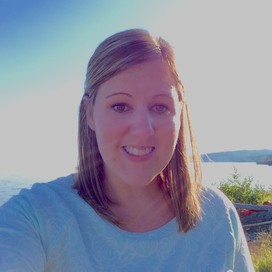 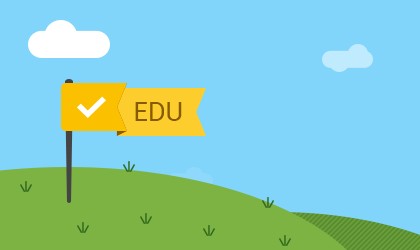 I am so excited about this tool! Please take a moment over the next week to browse the resources provided here. You will be asked to login using your school account.

So what is it? Google Play for Education is separate from the Google Play store you may have heard of if you have an Android device. It solves two key problems that teachers usually have when looking for new resources:

If you see an app, video or book with a yellow "EDU" badge, that means that it has been rated and vetted by CUE group, which is a group of "Computer-Using Educators" that promote responsible technology use in education.

Google Play for Education was built SPECIFICALLY for teachers. What will you find there?

See below for more information about each resource. To access the store, click the "Google Play for Education Store" button below and login. I recommend bookmarking the site once you are there, so that you may access it often!

There are several Chrome Apps for everything from content creation, computer science for younger students, etc. Give it a peek and I have little doubt that you will find something that works for you!

You can search for apps by grade level, content area, or educational tool you are looking to use (like a photo-editing or video creation app.) You can also search by intended use.

The videos available on this site include:

This part of the site has several free Public Domain books that are available for you to use or send to your students free of charge! These books are device agnostic, meaning they work with almost any device that has internet. The books are assigned through Google Apps, meaning that you could send a book to your student's Google account for them to read. Students can then read books on their Chrome browser, or on a personal device or phone using the free Kindle app. The best part is, if they make highlights or notations in their digital text, they carry over from device to device! They can also download the book to a device so that it is viewable offline as well.

There are several other book options that can be found here with rental rates that are set by the publisher. These are also available for use, although you would need to get approval and fill out a purchase order before moving forward with a purchase.

This handy 2-page guide has a wealth of information for you. It contains tutorials on Chromebooks, Google Classroom, Google Apps, Best Practices, Google Play for Education, Google Scholar, and in-depth hands-on training resources. Check it out!

This digital starter kit created by Richland School District Two is a GREAT point to start for integrating more technology into your classroom. It contains app or site suggestions based on the skill you would like your student to have, such as brainstorming, collaboration, exit tickets, feedback, assessment, content creation and more.
Digital Starter Kit

Database of Digital Tools by Topic

This database contains pages of websites/apps that help you to achieve just about anything!

Not able to attend the Bulldog Bash? I have linked my presentation below. Feel free to check it out. Through the presentation, I attempted to inform our community about the fact that technology is an important part of education due to the impact it will have on our students as adults. Their future careers may not even exist yet, but we as teachers seek to prepare our students for those careers through the skills we teach--everything from problem solving and critical thinking to effective communication and an ability to collaborate. By the end of the night, we had raised over $7,000 towards the purchase of a new Chromebook cart! This will allow our existing technology budget to focus on more iPads in the elementary.

The Future of Technology

March 18, 2015: 1-iPad Classroom Guide, Suggestions for Using Reflector with your iPad, How to Make a Roving White Board, 3 Awesome iPad Creation Apps, A Reflector and Splashtop Refresher, Green Screens in the Classroom with your iPad