scott is using Smore newsletters to spread the word online.

Get email updates from scott:

The Hotel That's Made From Ice By:Scott Wilmot

The Hotel That's Made From Ice By:Scott Wilmot

The founder of this gigantic ice beauty was named Guy Drouin. Hotel De Glace opened New Years Day,2001. It was first located in Montmorency Falls. It's next location was Duchesnay resort and stayed there from 2002-2010. The following year it moved to its most recent site which is in Charlesbourg,it has been built there ever since. In Charlesbourg it is located in the Laurentian mountains. It is the only ice hotel of North America and is built in December and opens in January. Since the hotel is made of ice it has a three-month lifespan eventually being brought down in April. 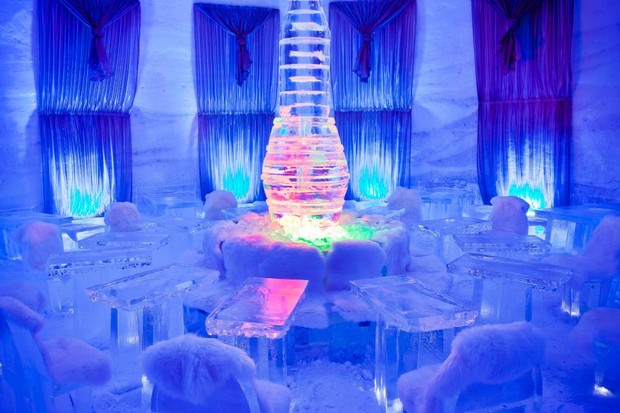 How Was It Important?

It is the first and only ice hotel in North America. It is an important employer for the Quebec city area.They have a chapel where you can have weddings. A few of the activities the hotel includes is ice sculpting,dancing,and relaxing in the hot tubs

It was discovered by Guy Drouin on New Years Day in 2001. It's 2 main materials were ice and snow. They built it by using snow blowers because the actual snow that falls from the sky is too dry. The workers start building in December and normally finish in early January. The hotel costs around 70 million dollars to build every year.

The foundation of the hotel is 2 feet thick.

Hotel De Glace is well insulated because it has thick walls.

scott is using Smore newsletters to spread the word online.