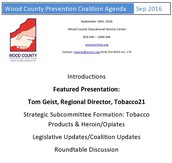 The third community coalition meeting of the year is set for September 16, 2016 at The Wood County Educational Service Center, Bowling Green, OH 43402. In August, the WCPC announced that Tom Geist, Regional Director of Tobacco 21 will be the featured presenter. Tobacco 21 aims to change policy by increasing the purchasing age of cigarettes and all other tobacco products at the local level to help decrease the likelihood a youth may develop a lifelong addiction to nicotine. Recently, Ann Arbor and St. Louis County have adopted Tobacco 21 policies along with 191 other municipalities in 14 states (including Ohio).

Along with Tobacco 21, coalition news and legislative updates will be provided which will include the latest on medical marijuana in Ohio. There will also be a round-table discussion, an opportunity for ALL coalition attendees to discuss issues, topics, events and other information.

We would like to thank Starbucks for generously donating coffee during our next coalition meeting! Also, broadcasting live from the Wood County Educational Service Center, The Morning Show with Clint Corpe 88.1 FM WBGU. Be sure to tune-in tomorrow, September 14th to hear Clint's interview with Tom Geist.

To view or print this agenda pictured above, please open this newsletter in a browser or email mkarna@wcesc.org for a pdf copy.

For expedited sign-in, RSVP by Sep 15th on the meeting reminder below, if you haven't already done soon.

For questions about the meeting please contact Milan Karna at (419) 354-9010 ext 174 or email mkarna@wcesc.org. To learn more about the Wood County Prevention Coalition please visit: wcprevention.org

CLEARWATER, FL -- Investigators say 23-year-old Julie Gough claims to have been distracted when she dropped a bottle of Gatorade, late Sunday, leading to Sunday’s chain reaction wreck on the west end of the Courtney Campbell Causeway.

Police say distractions are a growing problem, despite warnings - even laws - meant to keep people safe.

And now, a new study suggests the number of people in a car could have something to do with the likelihood that driver will become distracted.

Walek says it’s a dangerous trend, exacerbated by social media. And now, there’s evidence that those distraction disasters may be twice as likely when a driver is alone in a vehicle.

According to a brand-new study from AT&T, people are far less likely to engage in distracted behavior when there are other people in the car for whom they feel responsible.

The study finds 64% of drivers admit to engaging the most common distraction these days, checking their phone, when driving solo. But that number drops to 36% when someone else is in the vehicle. And just 30% if that someone else is a child.

Lysette Laroque admits she might be more likely to check a text message when she’s alone behind the wheel. But never, she says, when her son is in his car seat behind her.

“Because it's not just my life, it's his too,” said Laroque.

Having someone else in the car may also help, because there’s someone else there to remind you how dangerous a distraction can become.

SAN FRANCISCO (CBS SF) — Californians are just weeks away from a pivotal vote on the future of pot, but an exclusive new poll shows the cannabis race may be closer than anyone thought.

Voters approved medical marijuana use 20 years ago, now Prop 64 would legalize and tax the recreational use of marijuana. It’s one of the most controversial measures on California’s ballot this November.

This is no slam dunk.

Usually with a controversial measure like this you like to have a seven to ten point edge because voters have a natural tendency to say no in the closing weeks of the campaign.

And our new poll shows, that edge may be going up in smoke.

With the support of big names like the California Medical Association, the NAACP and Lt. Governor Gavin Newsom, early polling showed six out of ten voters ready to vote to legalize recreational marijuana in California.

But the new KPIX 5/SurveyUSA poll of California voters shows support dropping to a much narrower 52 percent – with 40 percent saying ‘no’ – and eight percent undecided.

Emeryville police Chief Jennifer G. Tejada said, “This issue is not whether marijuana should be legalized, but how should it be legalized.

Support for full legalization appears strongest among baby boomers and with voters under 35 years old.

One voter told KPIX5, “People are doing it anyway, so just make it legal.”

But from the get-go backers said the challenge would be with minorities. 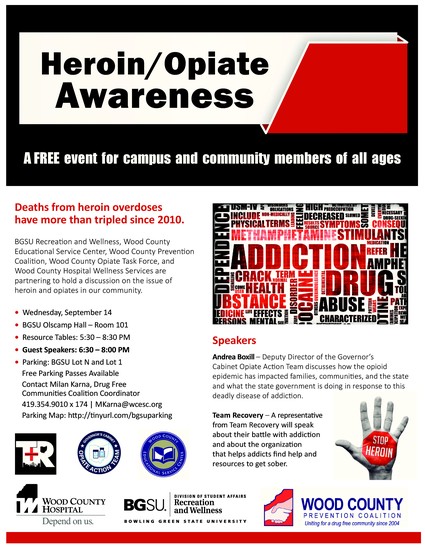 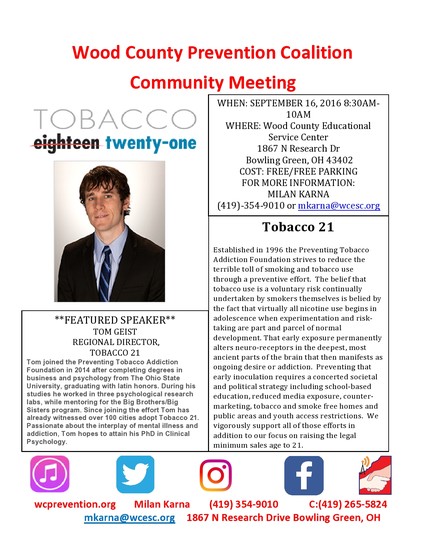 Our third coalition meeting of 2016 is set to take place on Friday, September 16th, 2016 in the Wood County Educational Service Center in Bowling Green, OH at 8:30 AM.
Get Directions